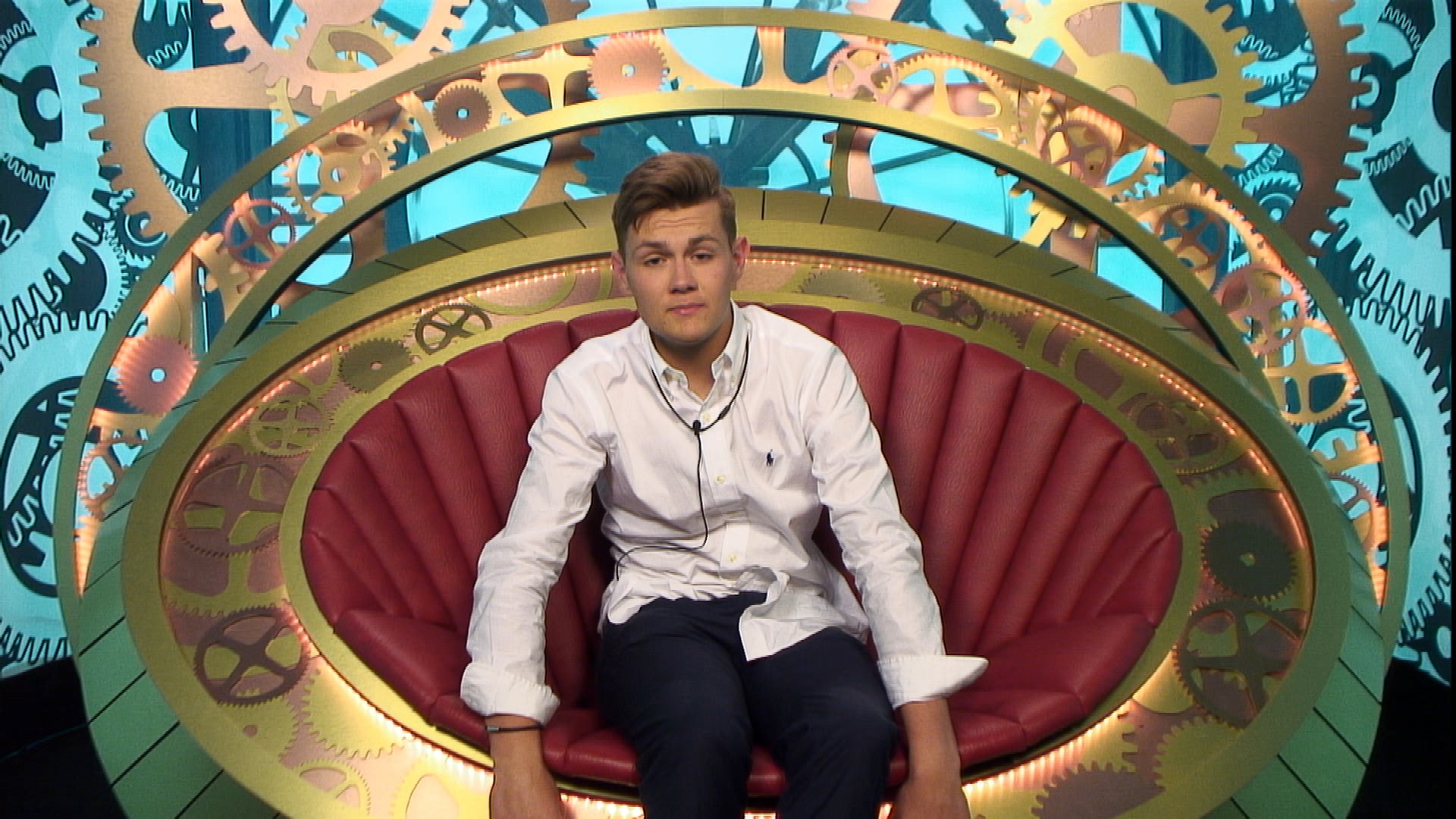 Day 18: Housemates react to Aaron’s ejection from the House

The Housemates have reacted to Aaron’s ejection from the House

On tonight’s show, we will see the Housemates react to the news that Aaron was removed from the House. Big Brother gathers the housemates in the living area to announce that Aaron has been removed from the house for unacceptable behaviour. All the housemates are surprised. Chloe says, “What a joke.” Amy adds (directed at Joel), “It’s not your fault. If they take it seriously, they take it seriously.”

Joel is called to the Diary Room to talk about Aaron. “I feel it’s my fault. Everyone’s going to think it was me that got him evicted.” He adds, “I really like him as a person. I’m really sad he’s gone.”

In the living area, Cristian says, “The worst thing we can do is make Joel feel uncomfortable.” Sally says, “Treat Joel exactly the same.” Joel exits the Diary Room and joins the others in the living area. Nick says, “No one’s angry at you, Joel.” Chloe reiterates this.

Joel and Kieran are talking in the kitchen. “Don’t go into a shell and blame yourself,” says Kieran. “You have to tell yourself, it’s not your fault.”

Danny and Sarah are on the sofa. Sarah is sad about Aaron leaving. She says, “Aaron was my favourite person.”

Sally and Amy are in the Diary Room talking about Aaron and the eviction. They are talking about the housemates being nervous about the evictions. “If Aaron has gone, it’s one less person that’s up.” They guess that Nick or Jade will be evicted on Friday.

Sarah and Danny are in the smoking area. Sarah comments that she thinks she saw Joel smirk when it was announced that Aaron was removed.

Later on,  Joel, Sarah, Nick, Jade and Amy are in the smoking area. Joel asks Sarah if there is something wrong. Sarah tells him that they need to have a conversation but she will wait till the morning because they have all been drinking. Joel insists that they settle things immediately.

An argument breaks out where Sarah tells him that his behaviour in the wake of Aaron’s departure has been inappropriate. Joel asks what Sarah’s reaction would have been if she had been in that situation.

“No one in this house would do that to me because I would have made it extremely, unequivocally clear that that was not on.” says Sarah.

Joel responds, “What are you trying to suggest?”

Nick tries to defend Joel but Sarah tells him not to get involved.

“I have no issue with the fact they removed Aaron. My issue is you then parade around in women’s clothing. You encourage it.” while Joel replies “I think that’s bang out of order for you to suggest that justifies his actions.”