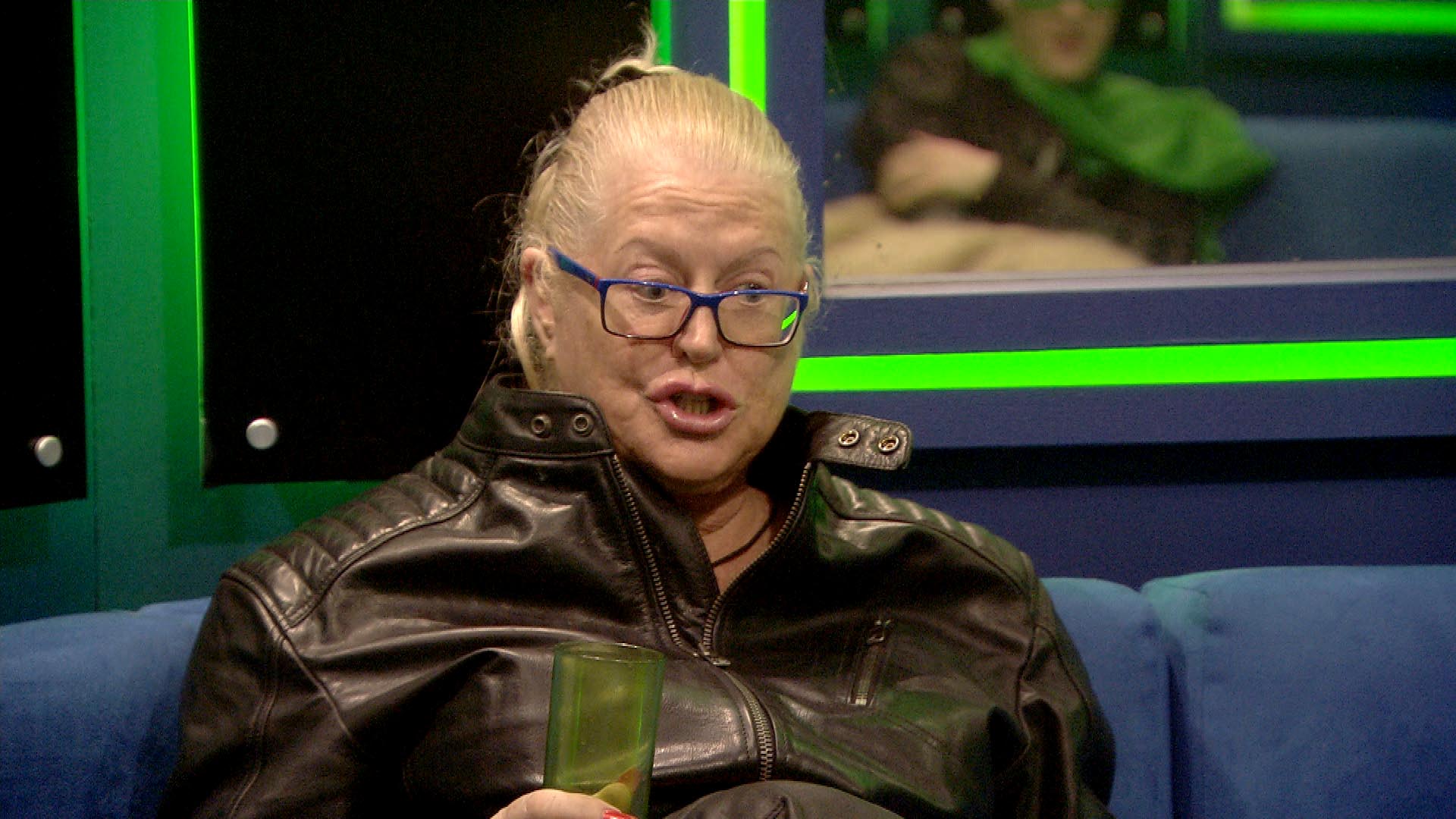 Kim has been nominated for eviction in the latest eviction twist.

Housemates are waking up on day two of this week’s shopping task as heroes and sidekicks. In the smoking area, Coleen reveals to James C; “I’m so over the whole lot of them…just disgusting, Chloe was running round naked last night! I don’t want to see her naked, I’m not in Geordie Shore. It’s every single thing that I don’t want my daughter to be…”

Big Brother reveals that housemates’ loyalty to each other will be put to the ultimate test. Each hero and sidekick pairing will face a nomination dilemma. In the separate areas, a hero is standing behind one button and their sidekick is standing behind another button.

It has since been revealed that KIM will face eviction from the House tonight, along with three other Housemates.

Stacy looks on at Calum getting into the shower butt naked, she laughs; “I want to jump in!”. In the snug, Jessica is talking about the nominations process; “That there was a test of my character!” Stacy and her start to argue

At the dining table, Stacy states; “What I don’t like, is that somebody coming in acting like they know what it’s like being here for the last two weeks!” Jessica and Stacy start arguing, Stacy yells; “You acting like you’re Miss Know It All! You have no idea, you’re playing a game right now that you have no idea about. You have not been here as long as me! Everybody plays differently!”

At the dining table, Jamie and Bianca are talking about life after Big Brother, he tells her; “We’ll have some fun when we get out of here!” She smiles; “Of course…we’ll go away.” He confirms; “I’ll take you away.” She replies; “I’m game!”

Housemates are getting ready for bed. Bianca signals to Jamie to go to her bed, he does so and the pair get cosy under the covers