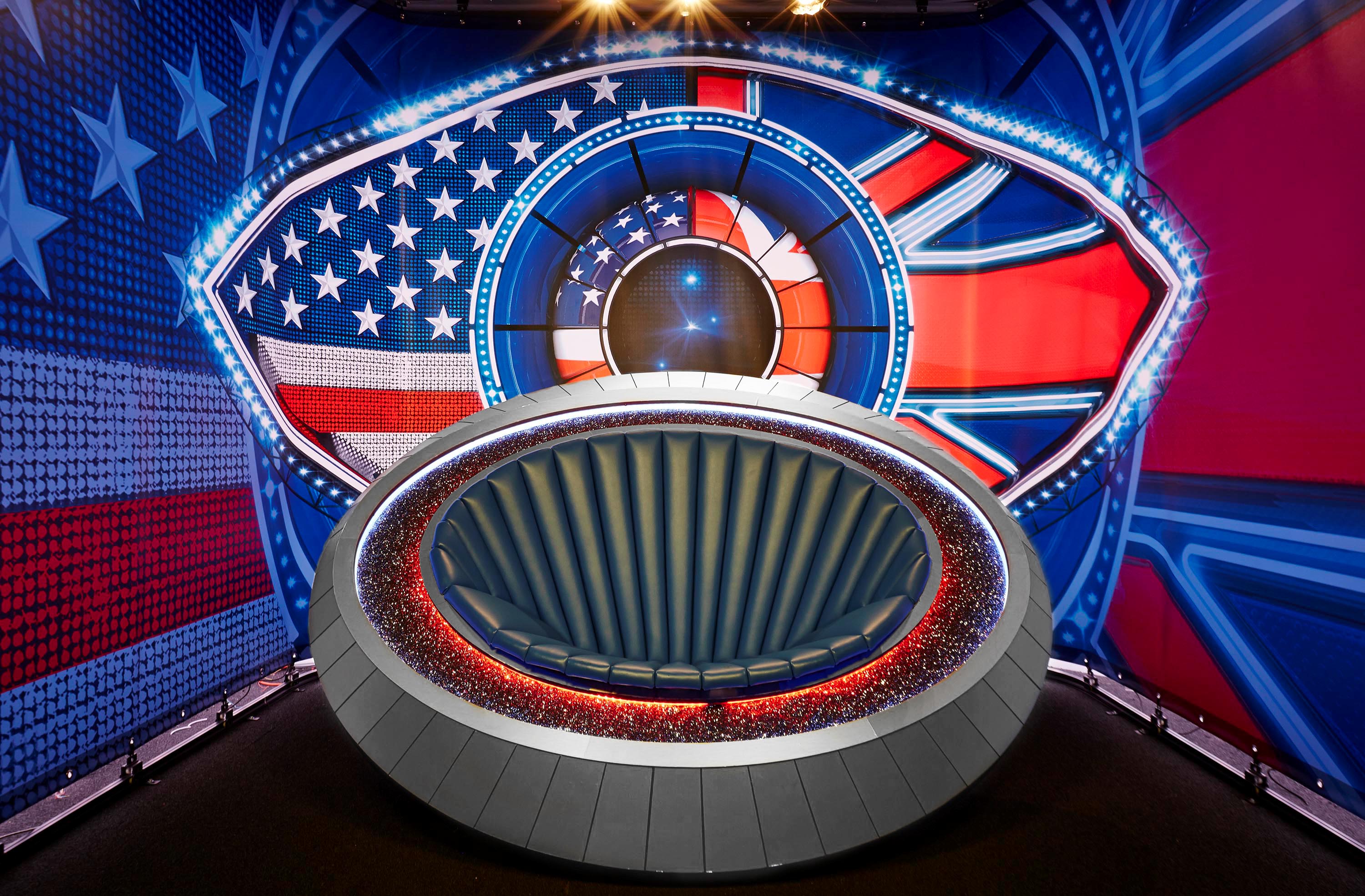 During tonight’s highlights show, Housemates are gathered on the sofas for Jenna and Farrah’s arrival back in the house. They have been told to act surprised. Jenna and Farrah they what they have seen has been ‘insightful’.

Big Brother announces to the house what Farrah and Jenna have been doing over the last two days. They are told that they have chosen four of them to face the public vote. They have to stand up and nominate those people to their faces. Farrah ‘This is so exciting, this is ground-breaking.’

They first nominate Austin for being a ‘turncoat’. Second nomination was Natasha, Jenna ‘partly because we’ve had a few little rows and we came to terms. So when we watched all your conversations after we left we were pretty shocked.’ Third is Bobby, Farrah describes Bobby as the ‘sanction of evil’. The fourth is James, Jenna ‘within seconds of me leaving you called me a b**h and that you didn’t really like me. That you walked on eggshells around me.’ They have to make their final nomination. Jenna ‘It was really between two people, but our last nomination is Sherrie…from my point of view I really really like you, I felt like I was really cool with you and you said really mean mean things about me.’

Jenna and Farrah look very happy with themselves about their nominations. Big Brother then tells them that the Housemates they have nominated are in fact immune. All those nominated jump up and cheer. Jenna storms off.

The twist is revealed to Farrah and Jenna. Jenna ‘So that is why you guys were mean? You don’t have to laugh at me, you hurt my feelings.’

The Housemates that will face eviction are Chloe-Jasmine and Stevi, Janice, Scoop and Gail.