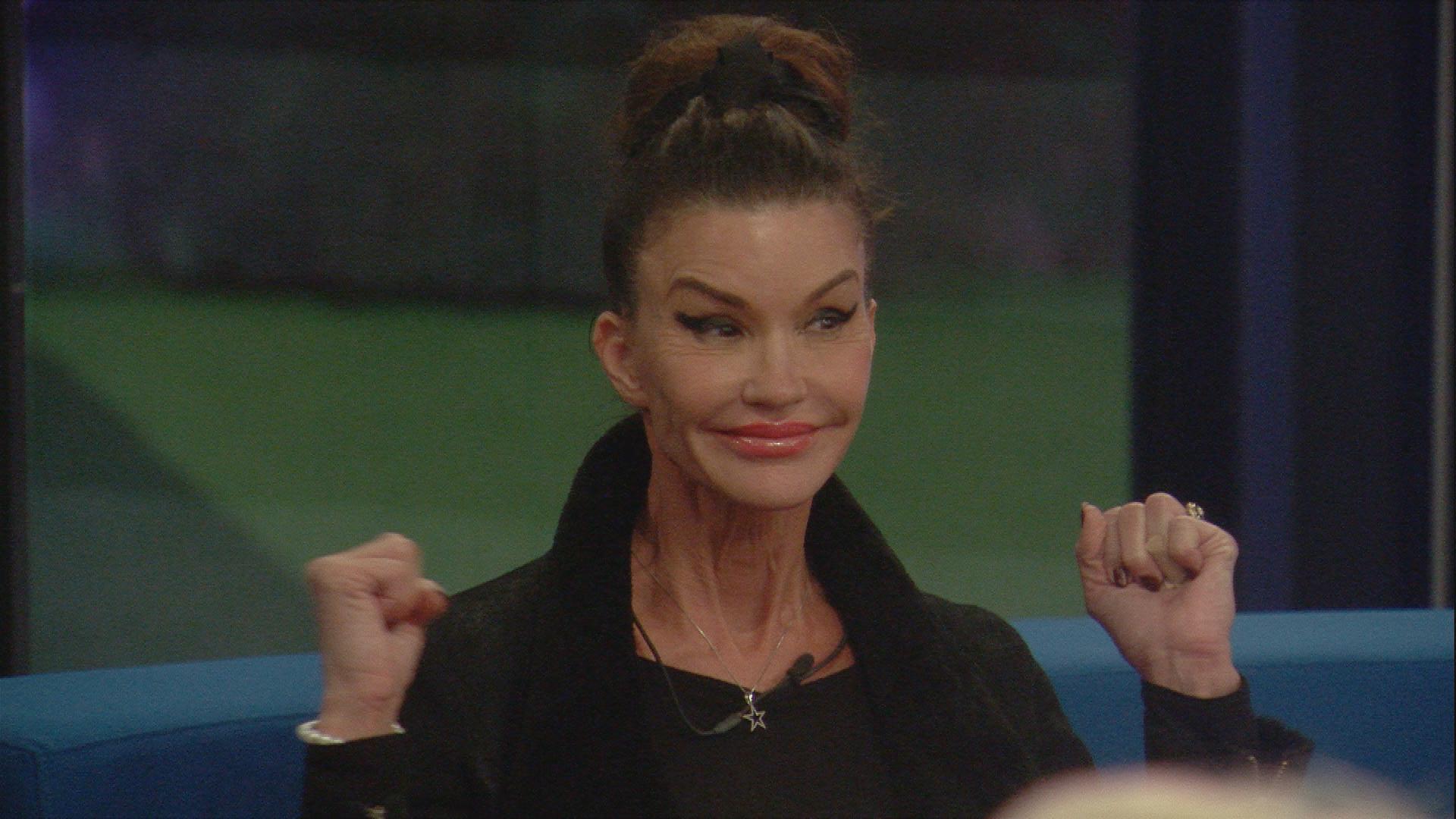 Housemates have made their last ditch attempt to get themselves nominated for eviction by Farrah and Jenna.

Farrah and Jenna are having a secret fresh air break in the garden. Jenna ‘I like the idea of walking back in, just the idea of that, makes me freakin’ really excited. Scoop is going to be so happy..Bobby’s going to want to freakin’ jump off a cliff. (James) Will just sit there with that little smug smile on his face and try to charm me and stare at you oddly. And Natasha is going to sit across from us with that weird pie face.’ Farrah ‘Sherrie is the alcoholic witch.’

Housemates are told that they will have a chance to get themselves nominated by Jenna and Farrah as they will be given a live feed to the Tower. Housemates must decide which of them will go to the Tower and make their way there.

Jenna and Farrah are discussing the upcoming eviction, Jenna ‘If we get our way and four people go on Tuesday I am almost 100% sure we are making it to the finals. I hope to God this sticks a knife in them. To be honest the way I felt when I saw those cheering when I walked out…It really hurt my feelings. I want them to suffer because of this.’

Bobby is chilling in the Tower, Stevi goes up to join him hoping to get a nomination ‘How are ya?..It’s beautiful that you’re in here and your celebrating it (birthday).’ Bobby ‘I’m relaxed because the ugly sisters have gone’. Stevi ‘Yeah Farrah and Jenna, I’m glad for you really to be honest with you Bob…They’re gone and we’re here.’

Bobby is then joined by Sherrie. Bobby ‘I have had a few bumps along the way. With Farrah, maybe I was a little harsh.’ Sherrie ‘You only said what everyone was thinking and that’s the difference. You know she’s rude, she talks behind people’s backs and the one thing I can’t stand if you can’t say something to somebody’s face then don’t say it at all…she is a dreadful human being…when they were here I really wanted to go up them and say to her but I thought you know what you’re not worth.’

Chloe-Jasmine has taken Stevi aside ‘Is everything ok?..I don’t understand why you would dodge my hugs. You literally just did just then…I felt really lonely, because we are lonely in here.’

Janice and Sherrie play up to the camera’s with Janice using their make-up and eyelashes and using it to bait them on camera.

Jenna and Farrah are discussing their final nomination Jenna ‘I want Janice to stay the f**k in. I want Sherrie out because she is more of a nuisance. I want to have it f***ing out with Janice. And I think you do too. She had some f***in gnarly ‘f**k you’ things to say…and then I am going to snatch up all her f***ing make up and dump it down the toilet.’