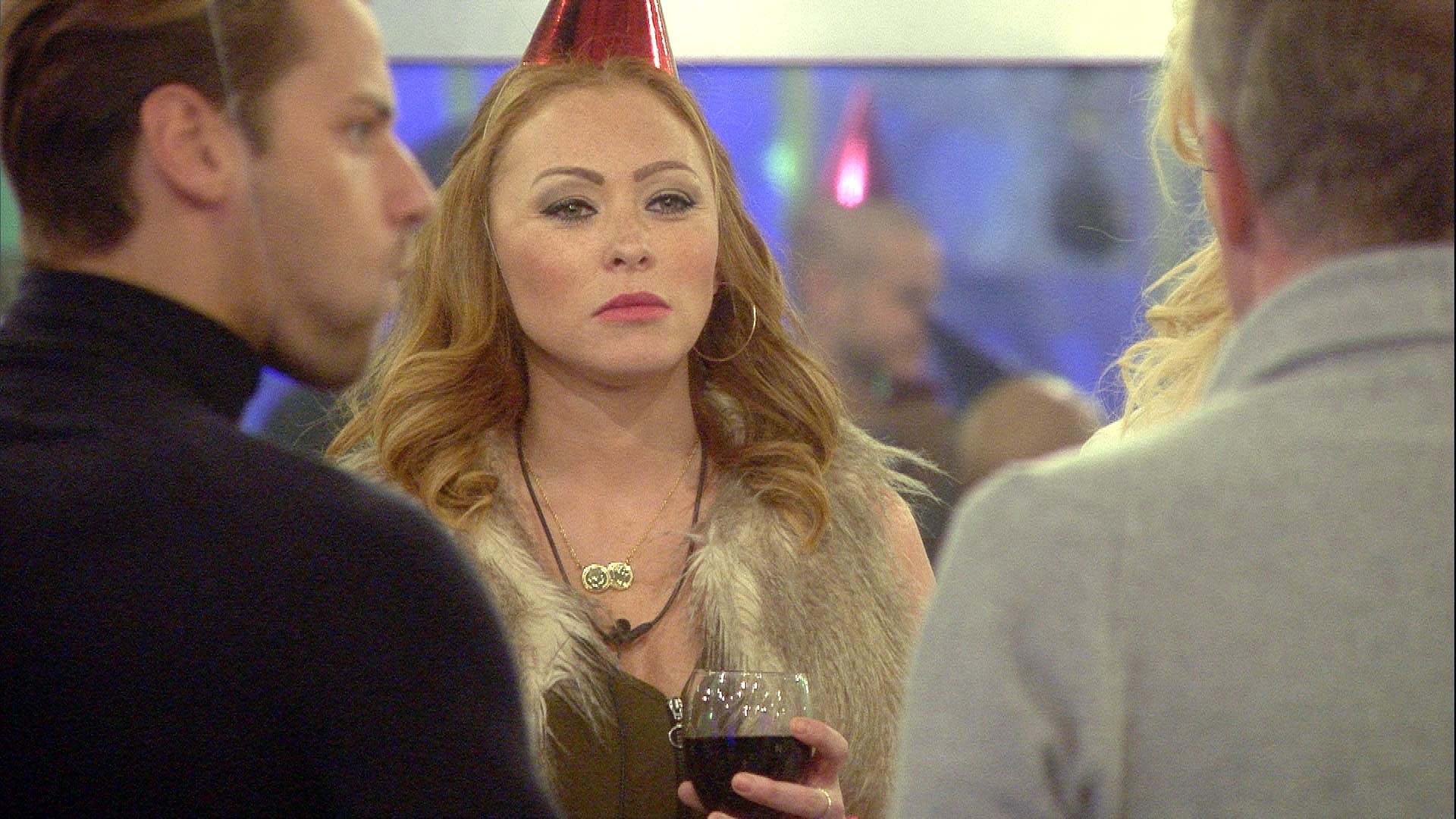 Natasha and Jenna have argued yet again on Jenna’s return to the House.

Natasha and Jenna are talking on the sofa. Natasha ‘What did I say about you when you walked out?’ Jenna ‘Oh it was complete f***ery. I mean you were just saying you didn’t like me.’

Natasha ‘The wine I thought is a valid point because Austin put those glasses out for his brother’ toast.No you didn’t fill them up, you filled up your glasses up first. We all saw what you did.’

Farrah ‘You’re a liar,shut up.’ Natasha ‘I am not a liar..what am I lying about?’ Farrah ‘I don’t know. You talk about wine a lot maybe you have an issue?’ Natasha ‘So this goes from me having a moral about the glasses being filled up?…Hi, I’m Natasha and I’m a liar. I am not two-faced.’

Farrah ‘Yes you are.’ Natasha ‘I think everyone is this house has the right to an opinion about you..oh right shut the f**k up.’