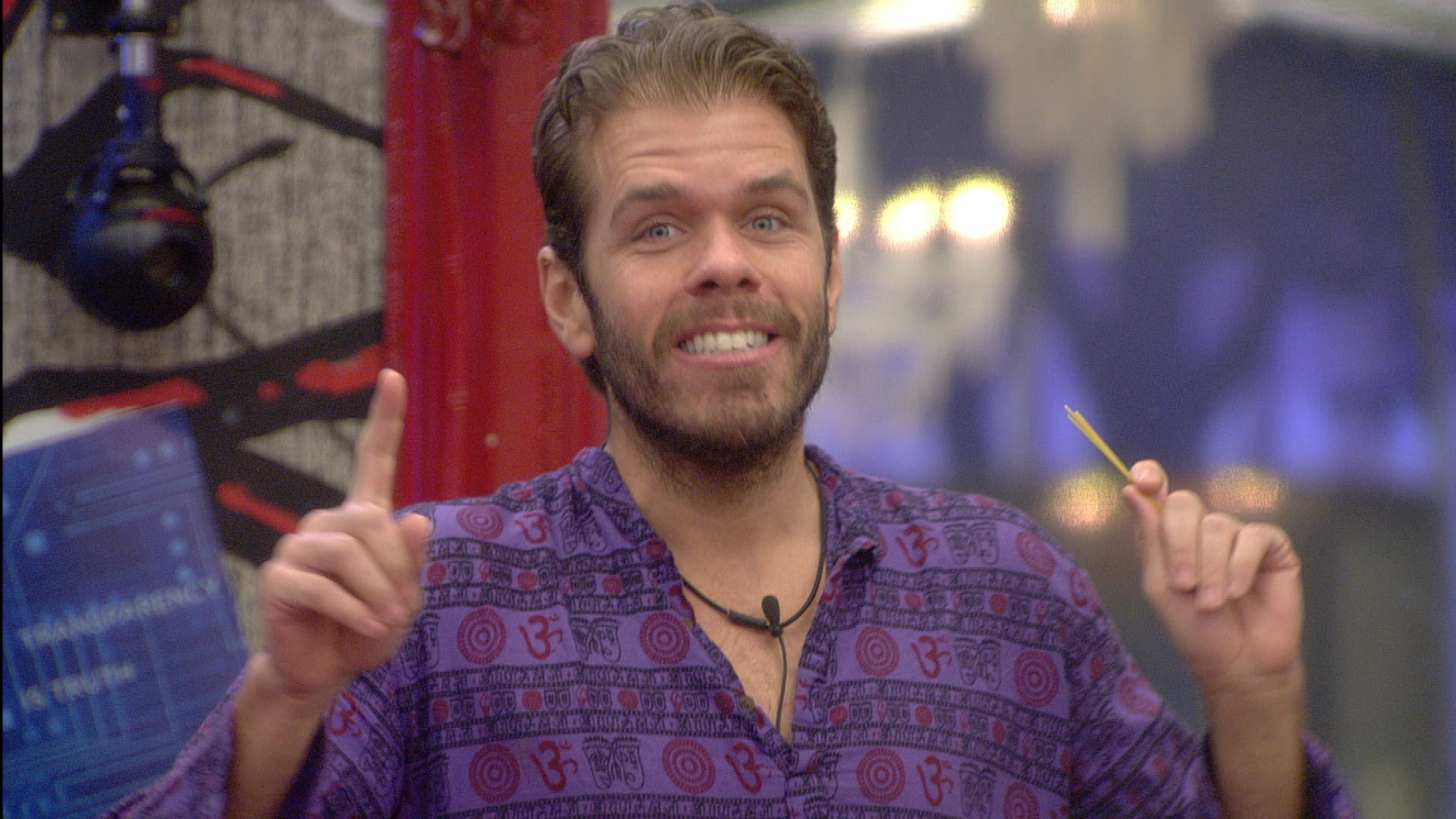 Tonight’s episode is all about Perez as he clashes with Housemates during the latest shopping task, and Katie Hopkins..

During tonight’s show, we see Nadia and Katie Hopkins disagree over a comment that Perez is manipulative in the House. While in the living area, Nadia says, “Just because Katie Hopkins believes it, doesn’t make it the truth” but Katie disagrees and says, “It generally makes it a rather good idea though”

As Perez listens in, Katie admits that she wanted Nadia to leave on Friday because “isolated in this House, he is nothing and that would have been a joy for me” She adds that she would like to lock Perez in the store room, before admitting that “thinks in the third person. It’s grandiose and I love it…I find myself very funny!”

Michelle and Cami-Li then join the conversation, which becomes increasingly heated. Nadia becomes frustrated that she is being referred to as Perez’s mother in the House and maintains that “Just because I boil the fu*king pasta doesn’t make me the mama”

Later on, Katie H still has a score to settle with Perez and goads him about his obsession with the Big Brother rule book.

Perez ignores her comments and yawns, pretending to sleep on the sofa next to her. However, when Katie Hopkins brings his parenting skills into question, this is a step too far for Perez, who loses his temper.

Perez then visits Big Brother in the Diary Room. Perez thanks the British public for calling him two-faced in the lates task, believing that they are frustrated that he didn’t give them what they want. He describes Katie Hopkins as “desperate, she’s hungry, she’s thirsty, famished. I’m not here to feed her. She should get her nourishment from Michelle’s tits and Cami’s pu**y”

He goes on to add, “If I have not been broken yet, nothing will break me…I don’t give a fu*k what the public wants from me. I am going to behave as I see fit and manoeuvre myself in this House to only please myself…If that doesn’t please the public, then fu*k you, I don’t give a sh*t!”

Later, Perez tells Michelle that it feels like a “witch hunt” to him. Michelle reasons that he was making people feel uncomfortable for the first ten days and questions if he ever thought about talking to Katie Hopkins. However, Perez maintains that she “wants to get into fights” with him. Michelle then describes his behaviour as being like a child in need of constant attention before they hug it out.

Soon after,  Perez is angry that one Tweet suggested that he was only friends with Nadia as part of a game plan and maintains that his only “game plan is to fu*king be myself.”  Perez continues to show his anger about the Tweet used in the earlier task and when goaded by Katie Hopkins, he remarks, “Just whip out your di*k and I’ll suck on that” to which she responds, “It’s bigger than yours!” In the bedroom, Perez suggests that he’s “mostly happy” with the task because it was “mainly Katie Hopkins” who said things about the other Housemates. He adds, “she thinks it’s her show, but it’s not, it’s my show”

Perez goes to the Diary Room and asks Big Brother to explain the Tweet that was played out. He goes on to say that Nadia is only person keeping him sane. He speculates that the Tweet was made up before demanding, “Open the fu*king door, I’m done talking”, storming downstairs.

Finally in the bedroom, Perez relays his conversation with Big Brother, but Nadia appears fed up, before taking Perez to the snug to talk. Perez tries to cover the cameras with blankets snug, but is advised against it by Nadia.