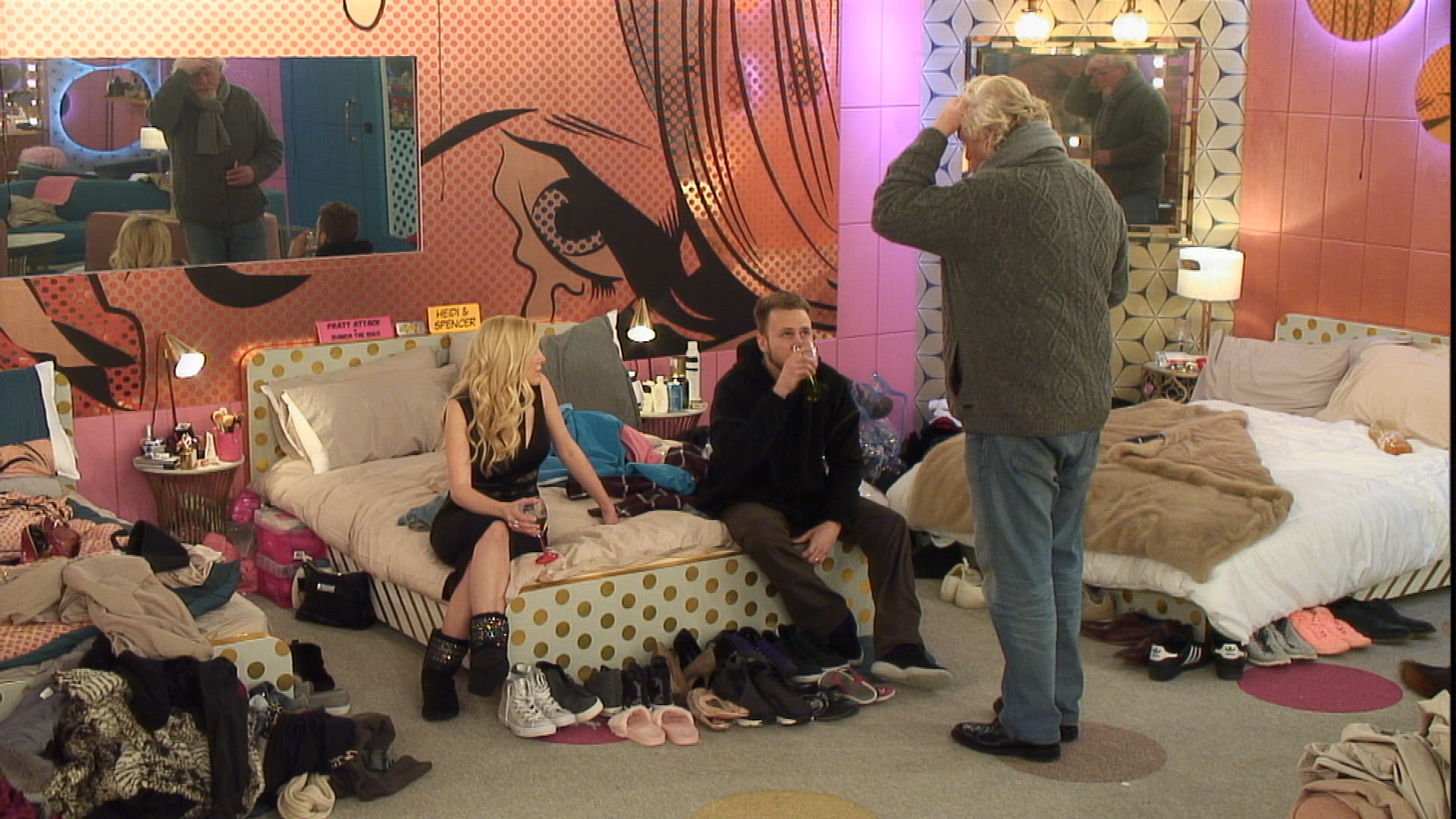 Housemates nominate who they would like to be permanently immune from eviction, the majority choose James C, he comments; “So now they can see the real me!” In a shock twist, James C had to choose a housemate to receive permanent nomination, he chooses Speidi

James C tells Jamie that he thinks ‘Speidi are cool’ with his decision. In the bedroom, Speidi tells James C; “We look worse than Kim to you! You’d rather have that horrible lady in here than us! It’s crazy! I can’t stand that lady.” James C replies; “I’m sorry, I really didn’t think, I thought you guys wanted to go out. I can only apologise, I hope it won’t affect our friendship?” Heidi says ‘it won’t’.

On the sofas, James C comments that he thought he was ‘doing the right thing’

In the bedroom, Heidi states; “It is a game, and now I need to re-strategise the game.” Spencer believes; “There’s no excuse! He (James C) knows what he’s doing! I’m fuming that Kim didn’t get that! It’s unacceptable what he just did!”

In the smoking area, Nicola and Coleen are talking about James C; Nicola believes he should not have picked Speidi, ‘wrong choice’. Coleen thinks James C ‘was gutted’ that he was picked for eternal immunity

In the diary room, James C is talking to Big Brother; “I just hope it’s not too heated with Heidi and Spencer. The decision I had to make was obviously the wrong one, I didn’t read the situation clearly…I thought that they would be absolutely fine with leaving, I’ve got it wrong and apologised. I’m not a realty show player…”

In the bedroom, Nicola tells Speidi; “I’ve not once said a negative comment about you.”. Spencer is annoyed that Nicola didn’t pick them for eternal immunity and stated his feelings about James C; “He’s a f**king piece of sh*t (James C)! (Spencer says to Heidi) We’re two different people, I love you, but I’m going to say what I’m going to say!”

Nicola is upset and heads to the diary room; “I feel so bad that I didn’t pick Heidi and Spencer, now they feel like I’m playing a game against them. I feel uneasy…I really like them. I don’t know how to play this game, I’m a mess!”

Spencer and Heidi are talking to Big Brother in the diary room, “Nothing surprising…we always said James C is the biggest player in the house! James C has chinned us! Nicola is now blocked on social media when we get out of here. Gone. Coleen just beat Chloe and Jedward! Nicola is playing a James C level game, she wants to win.”

At the dining table, Nicola is talking to Jessica about her and Speidi; “I will never speak to them; they can come to me. I’ve not done anything wrong.”