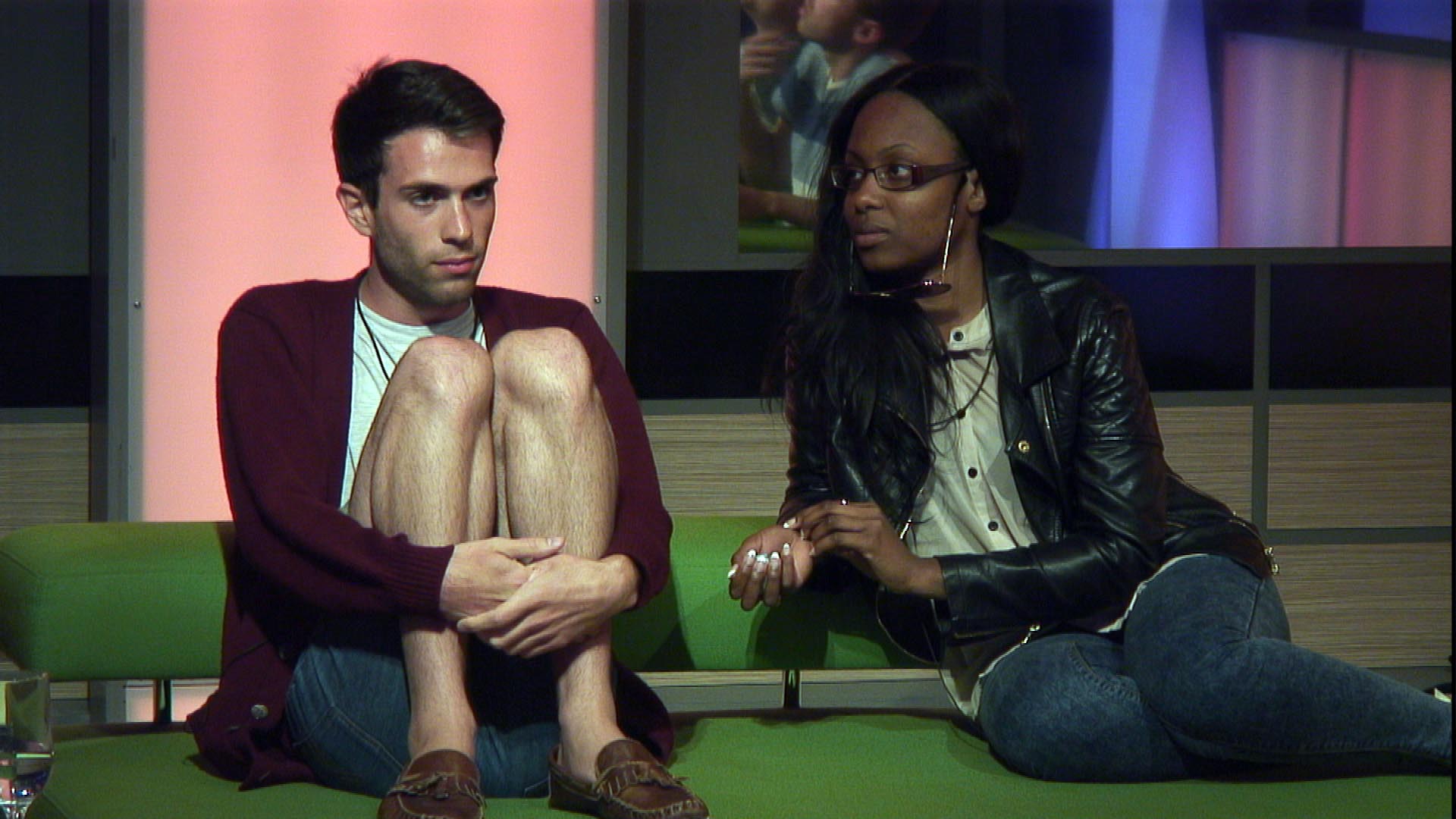 Yesterday, Big Brother set Toya and Matthew a secret task as the Power Couple. They would be able to watch the nominated Housemates’ VT’s and then would have a dinner in the pod along with a screen to watch the other Housemates and ear pieces to listen in on their conversations.

Last night, Toya took to the group and confronted them about what she heard.

“Oh yeah there was something else as well but obviously Matt’s not going to say it I am” said Toya.

“I don’t care I was about to say it.” commented Matthew.

But I will because I’m up for nomination anyway so I’ll just say it because I don’t really give a s**t, so basically today when we were up there.”

Mark was the next Housemate to join in with the conversation, warning Toya about what she was saying.  “Toya don’t say something you’re going to regret.” he said.

“I’m glad” said Marlon, who Toya then started to argue with – following the clash over nominations the night before.
“You didn’t say anything interesting’.

‘You’re not anything interesting to be talked about’.

‘Marlon I know that you need this to validate you. I know you need an audience, a mirror, a camera just to validate you but darling you are going about it the wrong way and you need to grow up. Marlon the reason we can’t comment on your VT is because it’s so embarrassing.’ Toya told Marlon.

‘Marlon you want fame, you want validation because all you’re friends are successful. You want a jacket business, you’re just so confused it’s embarrassing.’

Mark took it upon himself to intervene with the argument and try and clear the air. ‘The pair of you leave it, you’re never going to be fu**ing best mates, just leave it at that.’

‘Don’t embarrass yourselves, both of you just leave it as it is.’

‘At twenty two years old I already had a law degree and I already went to law school. At twenty two, works in optics, I mean speaks for itself really.’

You can see the argument on Channel 5 tonight at 10pm.