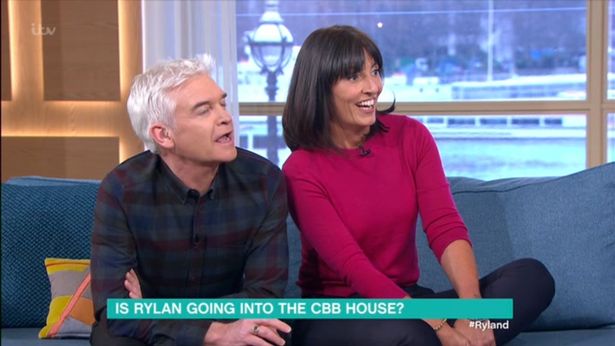 Former host, Davina McCall, has said that if Rylan returns to the House – she wants to host BOTS!

The former Big Brother Host – who fronted the reality format on Channel 4 from 2000 until 2010 – has been filling in for Holly Willoughby on This Morning, spoke to Rylan earlier today on the show about last night’s launch show.

Rylan has been tipped to enter the House after Speidi returned, and during last night’s Bit on the Side agreed to let main show host Emma Willis take hold of the show if he returns to the show.

The clip was played on This Morning, before former host Davina spoke up. Philip said, “Can I also point out, and this is directly to the producers of Big Brother, something that you said a moment ago. You said if Rylan goes in…”

“And Emma can’t do BOTS, or she comes in with me…” Rylan continued.

“There! Look! Verbal contract! We all heard it! I will deal with that as well! It could happen, you never never know!”

Celebrity Big Brother continues tonight at 9pm, with Bit on the Side following on at 11:05pm.