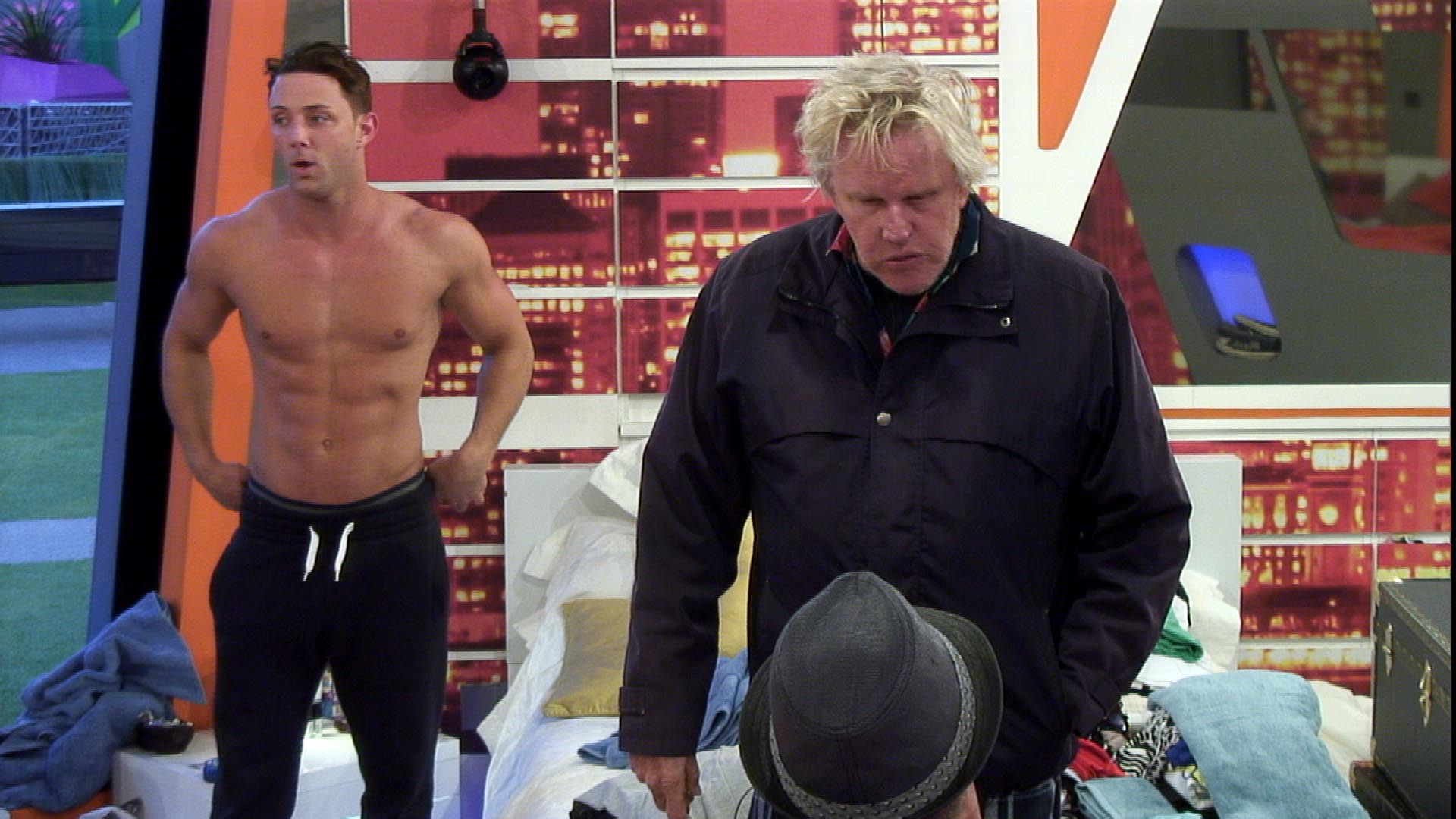 Gary and James have clashed already, over a comment about Garry assuming James is gay

On tonight’s show, highlights show Gary and James clash over a comment about James being gay. The scene starts as Leslie dons some white surgical gloves to go through the fake Duchess’ suitcase of clothes. James mimes taking his trousers down, saying: ‘And assume the position.’

Gary walks into this scene and says to James: ‘You are gay aren’t you?’ James tries to explain to Gary that he is not gay but has lots of gay friends and is comfortable enough in his sexuality to camp it up. Gary then asks James if he is not afraid ‘to get butt-f**ed’ and James replies: ‘I’ve never hit a seventy year old before.’

Later on, the pair are separated and James tells David he doesn’t want to talk about his row with Gary but goes into more detail with Audley and Stephanie. Leslie says: ‘I ducked and ran.’ David tells Lauren about the altercation and says Lauren says: ‘It’s a bit silly, that’s what Gary is like, you’ve got to take him for what he is.’

However, Gary and James go outside to clear the air where Gary tells James that he ‘didn’t mean to harm or defame him.’ Gary says that he didn’t understand the routine of negativity and restriction within which he operates. James admits maybe he took it the wrong way and they shake hands.