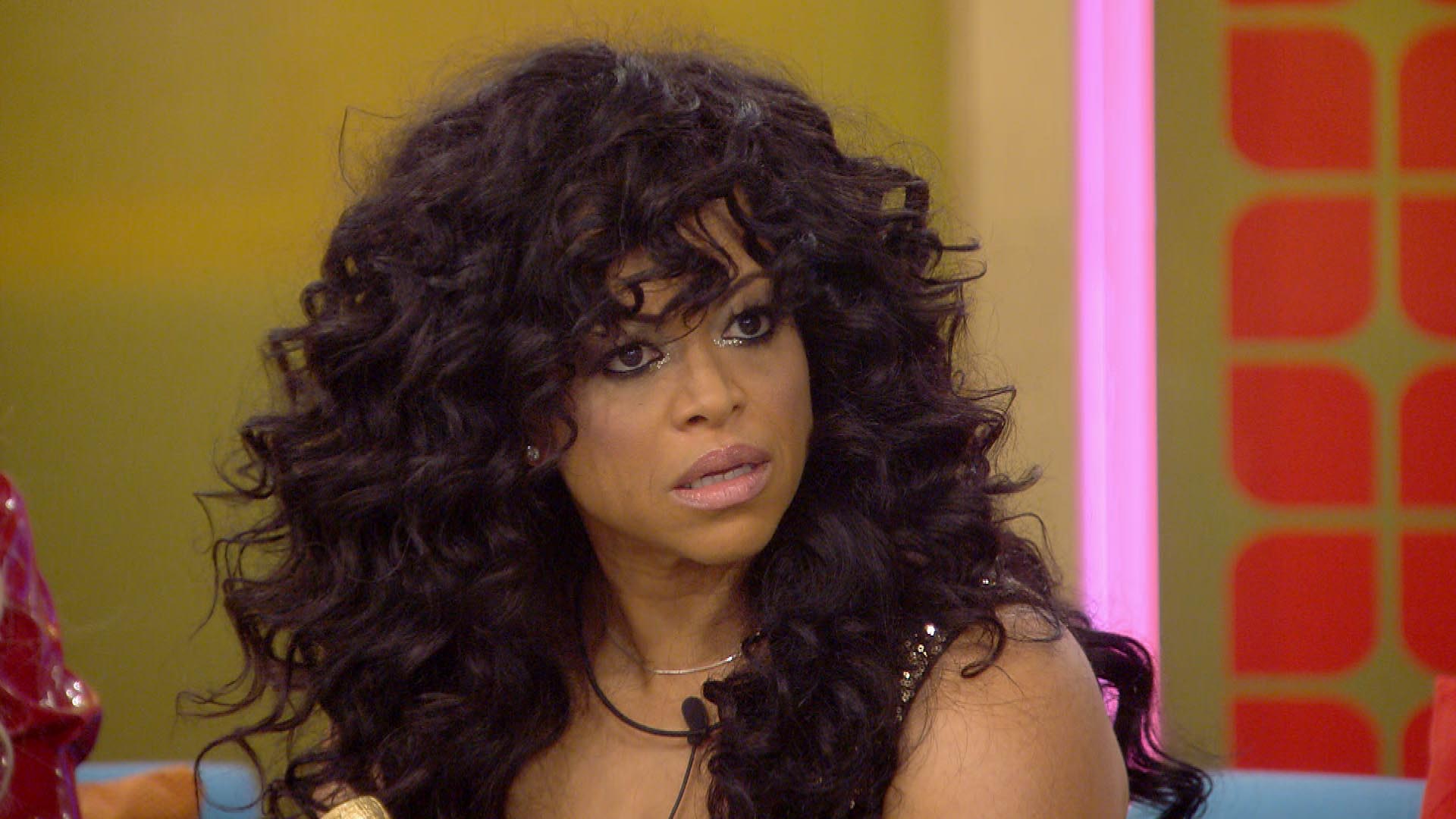 Day 2: Stacy reacts to being edited out from the show by all star producers

Stacy has reacted to being edited out from the show by the all star Housemates.

During tonight’s show, the first edited out housemate Stacy is in the garden. Spencer explains to her that Big Brother is ‘a game’ and ‘a journey’. She tells him that she was ‘in shock’ when she saw Ray J. Coleen tells Ray J; “I can see you being a nightmare!” The pair laugh.

Stacy is talking to Big Brother in the diary room; “I just felt it was really unfair. It was shocking when I saw Ray, I kinda shut down. I want a real talk with him; I need a heart to heart with him. I just want to have fun! I’m upbeat, not the least bit entertaining.”

She continues; “Ray J threw me under the bus. When people in America tried to make me out to be something I wasn’t, he never stood up for me. I want to know why he never said anything. When Whitney Houston’s sister Pat went on the Oprah show and said I was stalking Whitney Houston in the club, I was not, we were all standing there talking and having a good time, he knows that, he knows the events of the whole night. He never said this is a friend of my family. I’ve known Ray and his family over 15 years; he never came to bat for me. I wish he had the heart to say she wasn’t stalking Whitney in the club, she’s a friend. It was a hard time, I lost everything.” Stacy laughs as she states she would have edited out Ray J.

In the living area, Bianca and Nicola ask Stacy if she’s OK, she says she’s fine. Spencer tells Bianca that the rules are that she shouldn’t be talking to Stacy

In the living area, Spencer tells Stacy; “This show is insane! They already broke you down a little bit. You’re in the lead! Everybody will be in a bad spot and you started in it and you already got the advantage. It’s a game!” Stacy replies; “I didn’t think come in thinking I’d just chill, you make a lot of assumptions Spencer! I’m OK.”

After Spencer’s talk with Stacy, Heidi speaks to Stacy and they both agree that they don’t want to have a problem with each other

In the garden, Heidi announces; “I want to re-nominate Stacy!” Spencer reveals that when he went over to Stacy, he was deliberately trying to wind up her up, housemates agree

Day 2: Housemates react to the return of Heidi and Spencer