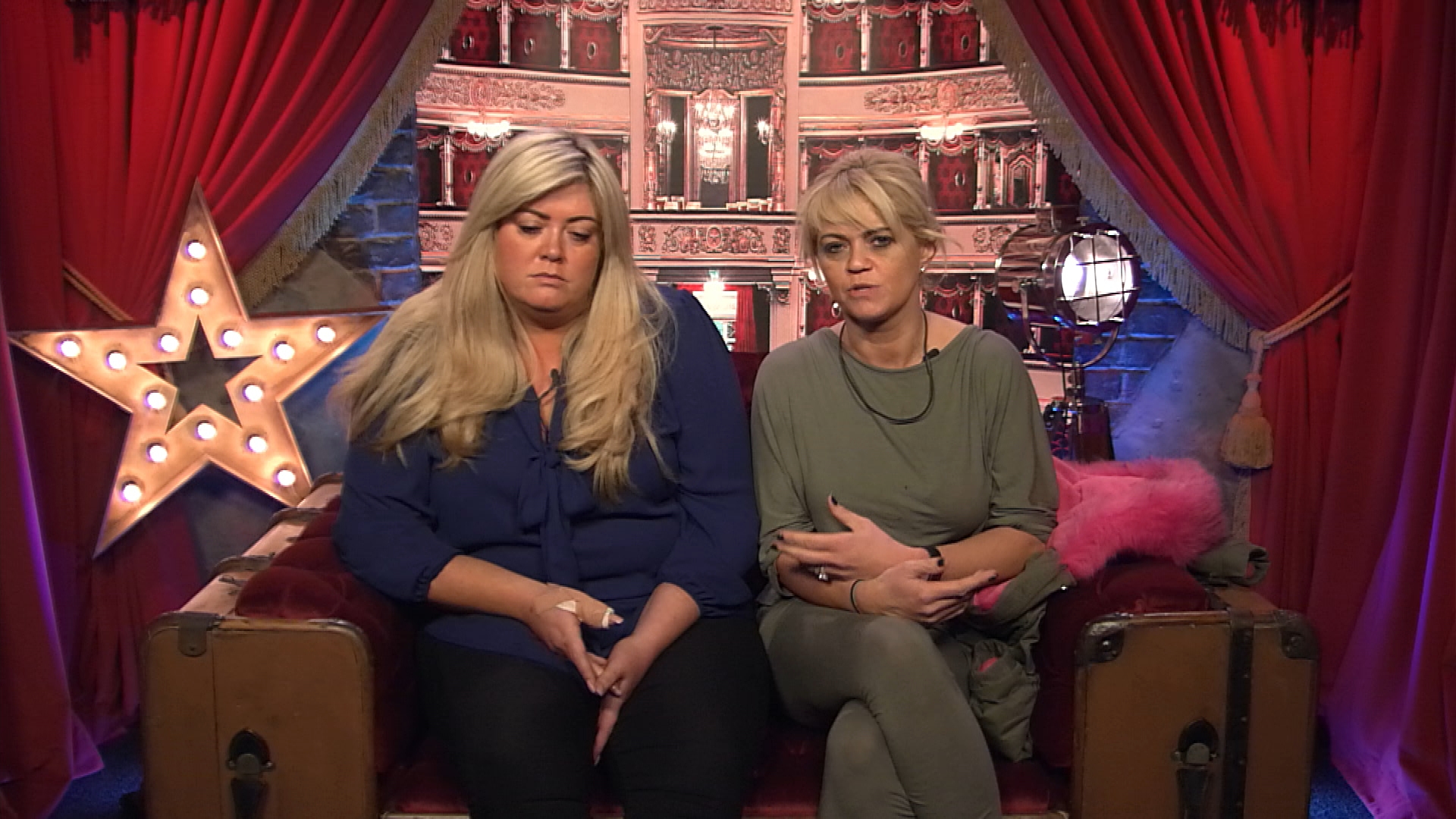 Day 20: Gemma and Danniella attempt to leave during immunity task

Gemma and Danniella have tried to leave the House once again, after attempting to do so yesterday.

For the next part of this weekend’s immunity task, housemates are gathered in the Forgotten Theatre. Big Brother has given housemates two lives, represented by stage curtains. Big Brother will pose a series of questions about each other, the quickest to the buzzer will win the chance to answer and take away one of the other housemate’s lives. If a housemate opens both of their curtains, they are out and will remain up eviction. The last housemate standing will win immunity and a personal reward. As Gemma has already won immunity, she will be spectating from the stalls.

Danniella comments that “I don’t care about immunity, but I do care about the personalised gift thing. I can handle the eviction; I’d just rather get a message from home or something.”

The question up next is which housemate is most likely to stick up for you in an argument? Stephanie is the fastest to buzz and says Jeremy. She then chooses Danniella to lose her final life in the game. Danniella tells her, “I’m out, thank you. Let me out of this f**cking room. You know how much it means to me and you’ve done it again with my kids. You’re f**cking sniping at her [Gemma] constantly.” Gemma follows Danniella out of the room and says to Stephanie, “drop it, you’re a very nasty girl.”

Gemma declares, “I’m not doing this anymore. I’ve had enough. She’s a f**cking b*tch.” Danniella adds, “as long as she’s got blokes wrapped around her she’s alright.” Gemma and Danniella then leave through the fire escape in the garden.

The other housemates continue the task in the Forgotten Theatre. Jeremy and Stephanie are the last two housemates in the game. Jeremy allows Stephanie to buzz first, winning her immunity from eviction.

John and Tiffany are discussing Gemma and Danniella’s exit through the fire escape. John says “the whole idea is that you stay in these walls and ride it out. Good, bad or ugly. In my mind, if we’re talking within the rules of the game, it’s kind of cheating.”

Christopher is talking to Darren about Danniella. He says, “Danniella is very emotional at the moment. I know for a fact she wouldn’t have done that if probably Gemma hadn’t influenced her a little bit. I don’t really wanna say it, I just feel like she’s being played.”

Danniella and Gemma return to the house and are called to the Diary Room. Danniella tells Big Brother, “I apologise for booting that door and I apologise for messing the whole task up.” Big Brother reminds them that if they wish to leave the house there are appropriate ways to do so. Danniella says “the only way that me or Gemma will get out of this house is when people stop voting for us and we walk up the stairs to Emma.”