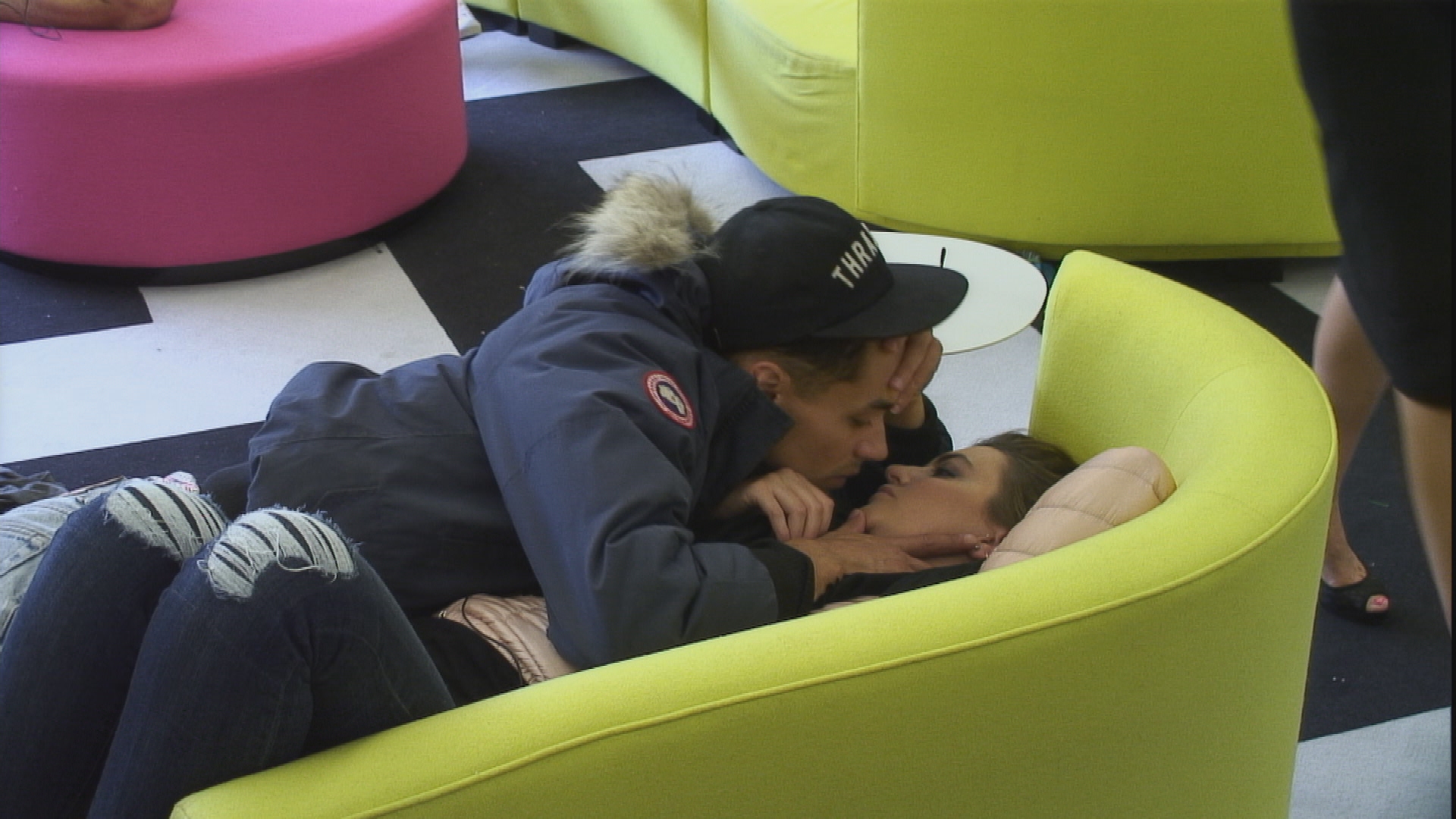 Georgina has targeted Evelyn again and has warned Jackson to stay away.

During tonight’s highlights show, Georgina warns Jackson to stay away from Evelyn again after the duo had a disagreement last night.

At the start of the show, some of Housemates are in the garden; Georgina, Sam and Jason at the smoking area while Emma, Evelyn and Laura play catch.

“What makes me uncomfortable is Evelyn sleeping in her knickers with her arse facing Jackson.” says Georgina.

“Since she got called boring she’s been running around in her underwear…I was trying to be nice saying your flaps are on display to England…you don’t have to be less boring by getting your nunny out.”

Later on, Jackson and Georgina are in the Living Area getting close on the sofa.

“I’m a lucky lad, are you a jealous person, will you trust me?” says Jackson

“Yeah, but not with Evelyn, it’s not you it’s her.” replies Georgina.