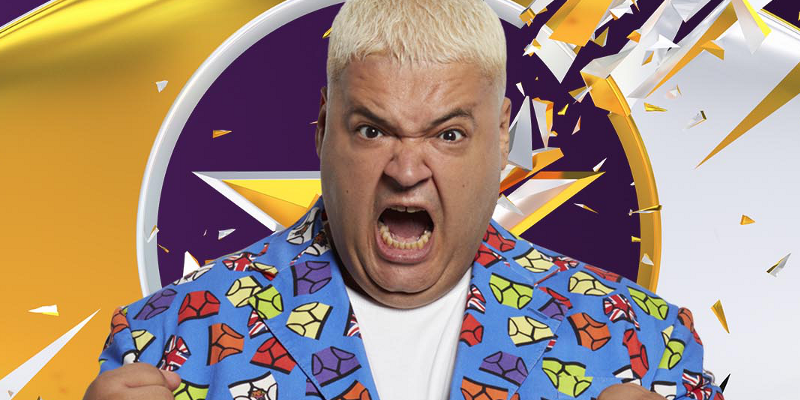 Heavy D has become the fourth Housemate to be evicted from the House.

Since Sunday, the public have been voting to save BEAR, RENEE, LEWIS or HEAVY D. During tonight’s 9pm Channel 5 programme, EMMA WILLIS announced live to the house that the fourth person to leave with the fewest votes, would be HEAVY D.

Following the announcement, HEAVY D said his goodbyes, and left the house to mainly boos from the crowd; greeted by Emma.

Emma asked Heavy D if he was shocked to be evicted: “It was a shock. I’ve had a great time! I was confident I would win it. Major the public thought I went too far with the wind ups!”

He adds that he was a ‘big character’ in the house, ‘was having a laugh’ and ‘making it spicy’; he thought some of the housemates took themselves ‘too seriously’.

Heavy D confirms that ‘Bear and Lewis were great company’. His thoughts on Bear: “We reconnected when Chloe left. We released we were both funny and both needed each other! Bear’s alright.”

He concludes: “I did play up a little bit…it does get boring in there! BOOM!!”