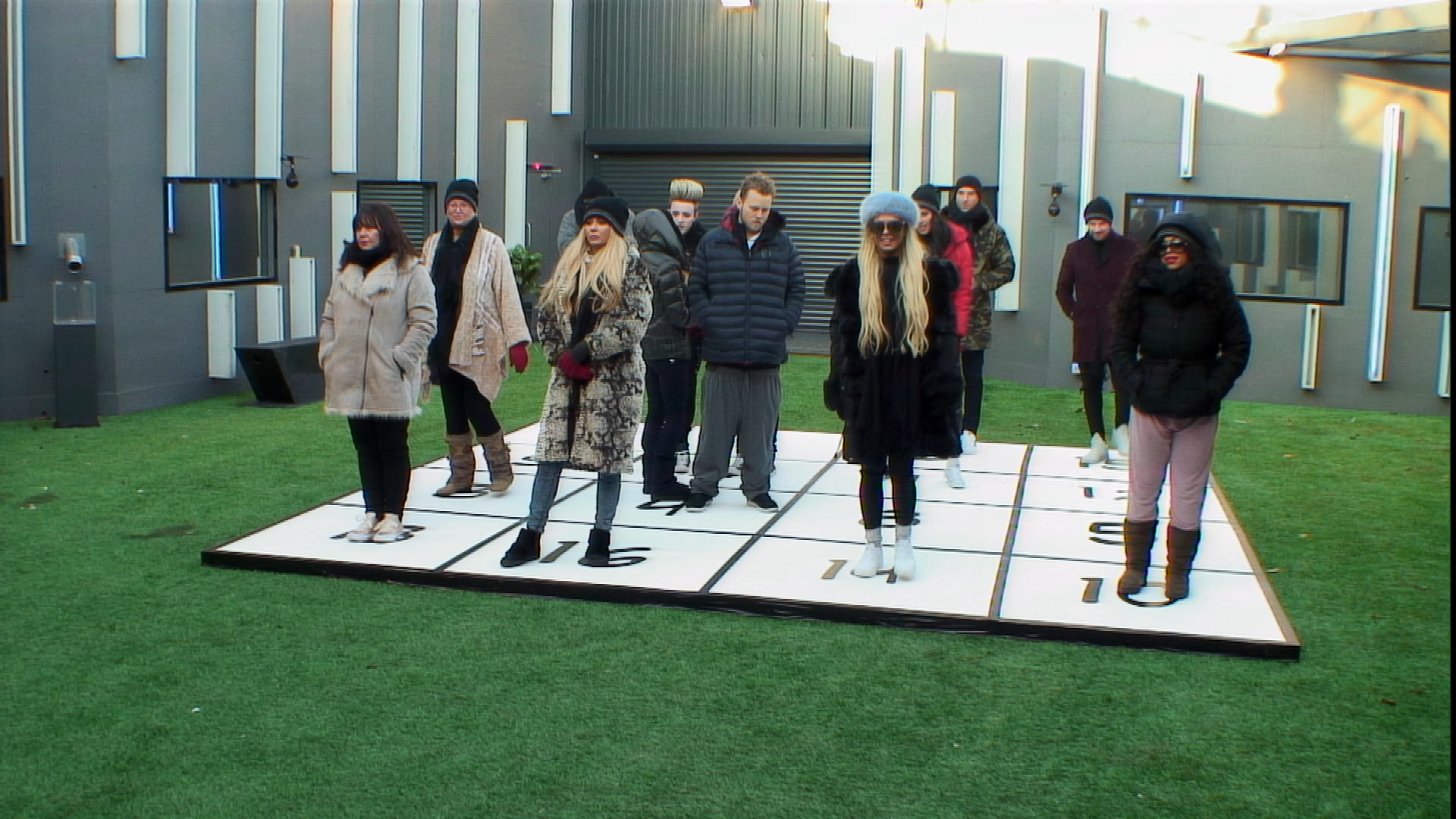 Housemates have taken part in a bingo themed task!

Today’s task is Ball Pit Bingo. Each Housemate has been assigned a number on a giant bingo card. A pipe in the Garden sporadically shoots out bingo balls. Housemates don’t know that once a Housemate’s number is released they will go to a room of treats.

Jedward’s Ball is first, they enter the House and into the Bingo Ball Room featuring a giant ball pit full of balls, some of which have the Housemates’ numbers on. Big Brother tells Jedward they will be showered with rewards throughout the afternoon and can select Housemates stood on the bingo card to join them.

They are also informed that the rewards would only keep coming as long as people are still stood outside on the Bingo Board. Jedward first choose Speidi’s number, “They need some fun in their lives.” Jedward and Speidi then decide to release Jessica next, Spencer thinks she has “good energy.”

Jessica tells the Ball Pit Bingo Housemates that James C should be in next as it’s cold outside. “He’s the last one. This is his punishment for not doing the other task and leaving us with no hot water,” Spencer tells them and instead picks Kim.

Nicola is crying and tells Housemates that Speidi will pick her last. Stacy says that that Spencer and Heidi have been looking for a reason to go “Speidi.” James C and Coleen enter together, followed by Nicola, Stacy and Bianca. Last to be admitted are Calum and Jamie.

Over the course of the afternoon Jedward and other invited Housemates were treated to a sushi banquet, a magician, puppies, a male stripper and a disco. As the final Housemates to enter the Ball Pit Bingo room, Bianca, Calum and Jamie did not enjoy the fun.