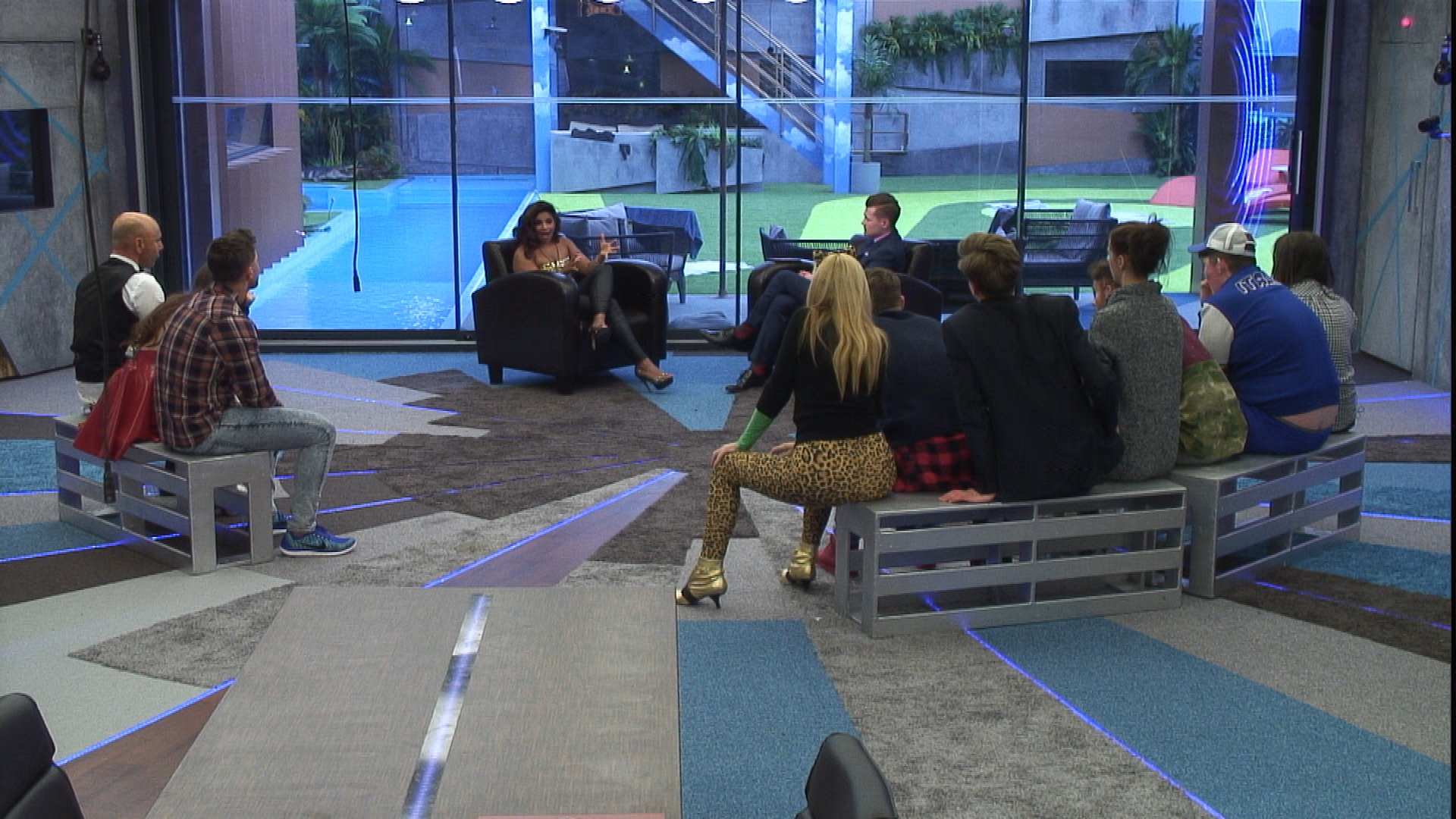 Big Brother set the new Housemates a task, to present their manifestos

On tonight’s show, Big Brother sets a task and asks Joel to interview the new Housemates to get their manifestos on entering the House. Simon says he is “opinionated, loyal and will entertain”. Simon went on to admit to not having a game plan. He thinks the house is too caring and happy and that is not Big Brother.

Joel goes on to ask Harry, “If you could evict one person in the house who would it be and why?” Sam answers, “I feel Simon doesn’t need this show for success he will do well in life. Simon doesn’t often think other people should be able to speak” Simon agreed and said that he did need to listen more.

Joel asks Marc what his manifesto is, “I am going to make the house lively, it will be refreshing to see someone being honest”. He said Jade and Jack were acting. Jack asks why he considers him acting and loses his temper, “you are purposefully trying to wind us up and you are loving it why are you being a f***ing twat mate?” Marc goes on to tell Jade she isn’t a model and has a boyfriend, “I think you are a snake”. Joel asks Jade are you a model? She replied “yes and I don’t have a boyfriend.”

Simon was voted the winner by the Housemates