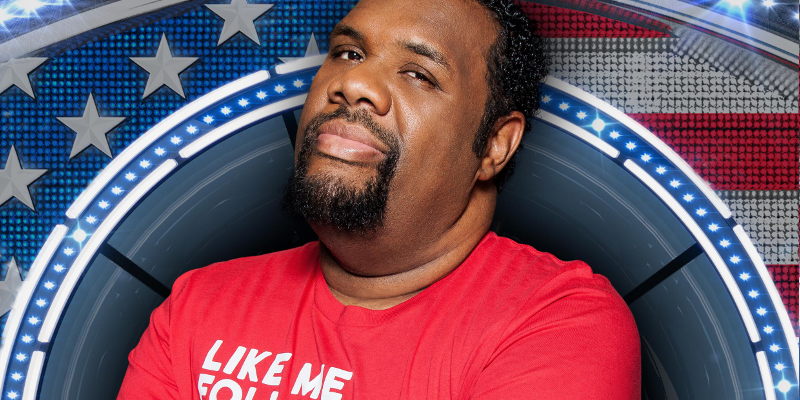 Scoop has become the third person to be evicted from the Celebrity Big Brother House.

Last Friday, Jenna and Farrah became the butt of Big Brother’s vote in a fake double eviction. They were bunked up in a secret luxury room and given control of nominations…but all was not as it seemed. Unbeknown to Jenna and Farrah, nominations were flipped and the whole house was playing up to the cameras in a desperate bid for immunity.

The four celebrity Housemates who failed to push Jenna and Farrah’s buttons and faced the public vote were, Gail, Janice, Fatman Scoop and Stevi & Chloe-Jasmine. Viewers voted to save and the two Housemates with the fewest votes, Fatman Scoop and Gail Porter, were evicted live on Channel 5 with Emma Willis in a double eviction.

Emma asked Fatman Scoop about his roles as the Peacekeeper: “I was there to stop the rows. That’s not exciting television…but Scoop has to look in the mirror…and there are a lot of mirrors in there. I am by nature am a communicator. I get to know everyone…and I learn to cater my communication to people….I feel like I was the glue in that house. It’s gonna get nasty and good television…I look back on this and I’m happy with myself…I didn’t act a fool…as long as I can look my daughter in her face and my son…I live my life like a man and I stand for it.”

On UK vs USA, Fatman Scoop said: “United Kingdom, United States. Both still united”. Emma asked Fatman Scoop who he’d like to win: “Anyone could win and I would be happy with it. I’d like to see what happens next. I think the heat going to turn up.”

Day 20: Highlights from Day 19 in the Big Brother House