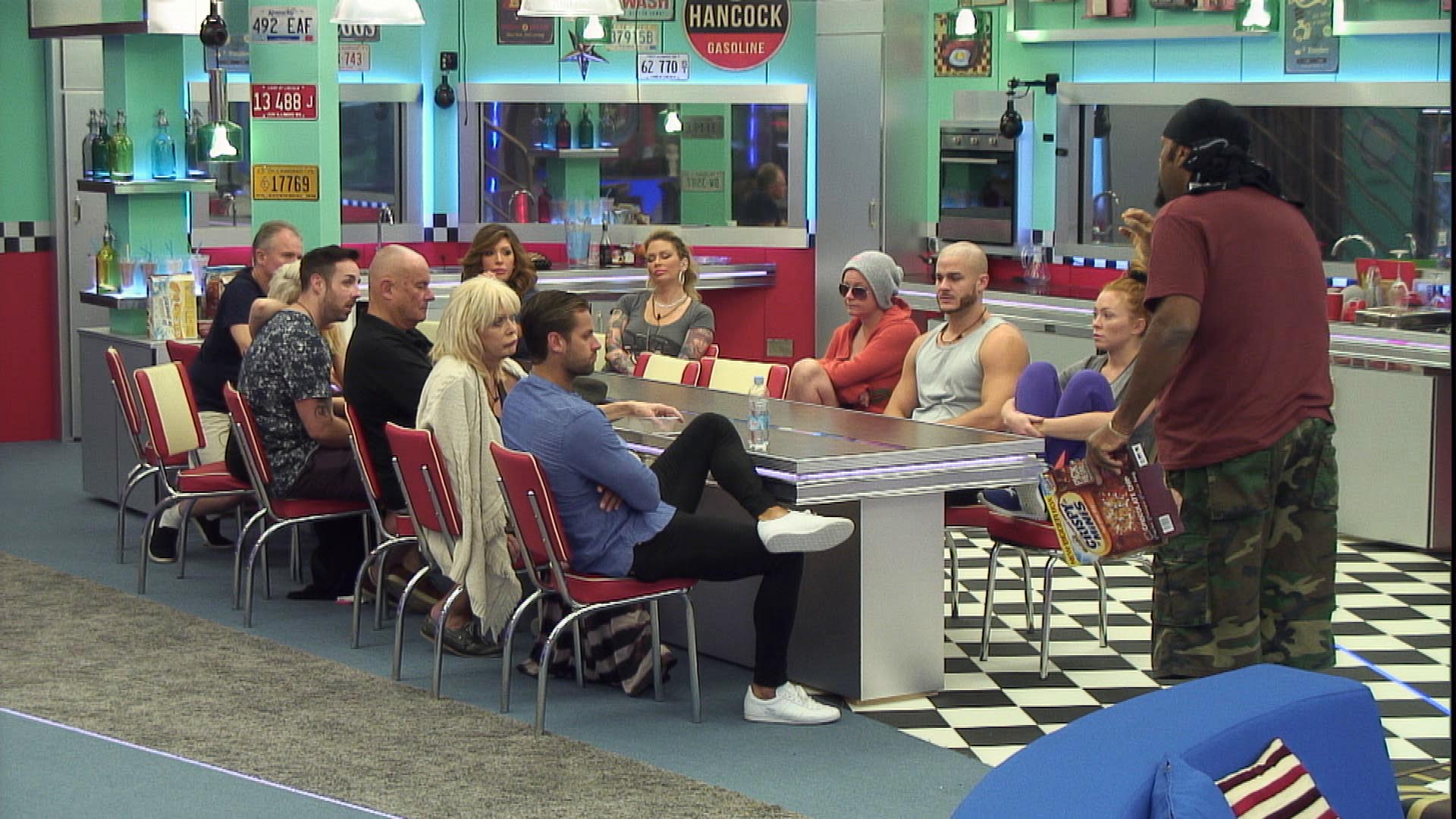 The Housemates have reacted to last night’s double eviction, which saw Scoop and Gail leave the House.

During tonight’s highlights, Natasha is crying on the sofa. Janice says, “I thought 100% it was going to be me.”

· Jenna tells Farrah that “Scoop[‘s eviction] feels the weirdest,” and comments that the atmosphere in the house is totally different to the way it was after the two of them left during their fake eviction.

· James is sad about the eviction and as he cries, Bobby comforts him.

· Nineteen minutes after the eviction, Chloe Jasmine is crying on Stevi’s shoulder. Stevi comforts her by saying, “I’m absolutely shocked. Scoop and Gail? Hello? They’re nice, they’re down to earth. How did we do that?”
· Stevi joins the others and tells them, “I did not expect that.” Austin agrees, “I did not expect them to go.” Trying to make amends, Stevi tells Austin, “I’m cool with you, remember that.”
· Later, Jenna tells the other Housemates, “our third musketeer is gone….one of the best ever.” Bobby makes a toast to the evicted Housemates and Jenna responds by saying, “I wish you guys had celebrated this way when we left.”
· Stevi and Chloe Jasmine are in the Diary Room. Chloe Jasmine asks Big Brother, “what are we doing here? There must have been a mistake with the voting and we demand a recount.” Stevi adds, “absolutely shocking…two fantastic big personalities went and we are still here…I noticed that Austinwished everyone luck before the announcement but not us.”

· Janice and Bobby talk about how sad and surprised they are that Scoop and Gail have gone.

· Jenna reflects on her Celebrity Big Brother experience, “there’s so much more than being tough that people don’t see. We bond. We start to really care about one another and as it starts to get tougher it’s nothing to do with being British or American, it’s about being human. Americans are down and Brits are up but they’ve seen us being down…it’ll be interesting to see how it turns out. There are only three of us left. Janice hasn’t done anything since the beginning. If anything she’s a handicap for the team. I hate that she tries to say she’s Team America. No, you’re Switzerland baby.”

· Stevi and Chloe Jasmine are in the garden, thanking their public for saving them and decide to fulfil the promise they made to jump in the cold pool fully clothed if they are not evicted. Chloe Jasmine says, “it’s so cold…we will not let anyone down,” before jumping in. Stevi follows. They high-five each other.

· Watching from inside, Austin says, “they’re fucking pathetic. In England you say they’re a drip.” Jenna adds, “I hate the fact that they’re here and Scoop isn’t. I don’t get it. That’s really f*cked up.” They all agree. Austin comments onChloe Jasmine’s behaviour around Stevi – “will you stop blowing smoke up his ass” and adds how annoying their behaviour was before the eviction when “they were running around saying ‘it’s us…see you on the other side.’”

· Jenna reflects on the eviction, “Gail, who I f*cking love and Scoop who’s like family. Really? She’s jumping in the pool minutes after she’s crying. I don’t believe it. I just don’t believe it.”