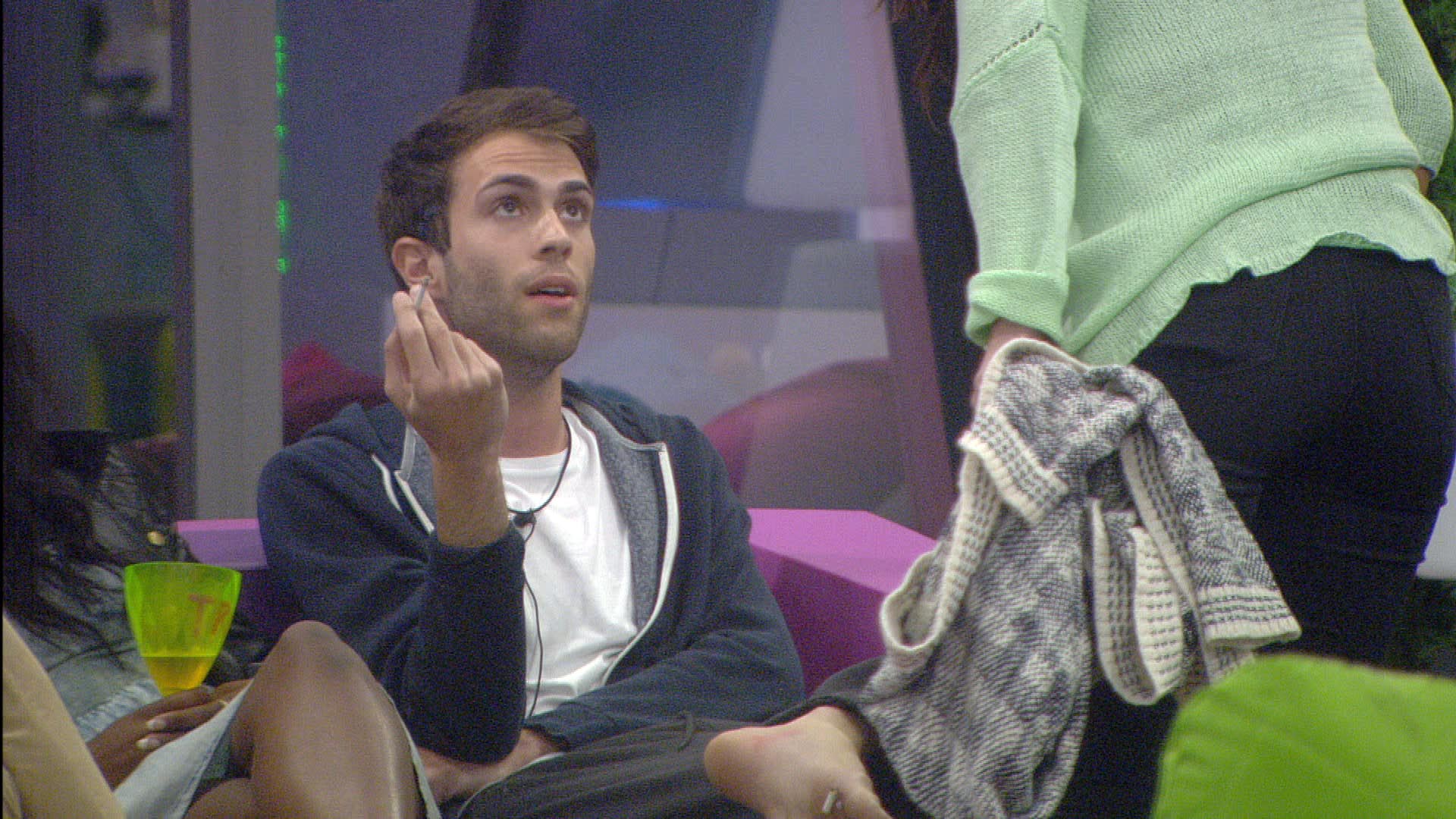 Following the first day of the shopping task, the Housemates yesterday took to the garden to take part in a game of Truth or Dare, which ended in an argument between Matthew and Helen.

“This is why I’m not playing.” stated Matthew, not taking part in the game.

“Oh for f*ck sake, bore the f*uck off! Bore off, bore off! It’s a question…” responded Helen.

“It’s a joke. He sat back saying ‘this is why I don’t play’ don’t f*cking play then! Why are you playing?”

“Don’t tell me where to go…I’m not playing…” replied Matthew.

Helen then shouted again, saying“So if you’re not playing why are you contributing with your f*cking mouth!”

“Close your mouth, maybe you should learn to close it for once.”

“This is pathetic! I’ve never argued with someone so ridiculous in my life!” stated Matthew. “Helen, I’m not interested I will actually leave because your boring me now, your driving me fu*king mad, the sound of your voice is f*cking droning, get a grip Helen.”

Mark took it upon himself to try and break the pair up, and tell them that they have made fools of themselves. “The pair of you have just made absolute tw*ts of yourselves!…Why are you shouting like that for no reason, if I knew you were going to play something like that I wouldn’t of f*cking sat here. I’m f*cking sick of everybody in here scraping and arguing every night!”

There was then a small break in the argument, before Helen decided to rejoin the Housemates in the garden.

“Helen, I’m not arguing with you…” stated Matthew.

“You’re describing yourself quite well, you’re confusing myself with you Helen…Why are you coming up to me in my face, can you not have a conversation with someone without getting in their face?”

“You’ve completely transformed, you turned into a p*ssy, the other night and you let Toya take your f*cking back lash…f*cking p*ssy, match up to your f*cking description you f*cking weed”

You can see the argument tonight on Channel 5.