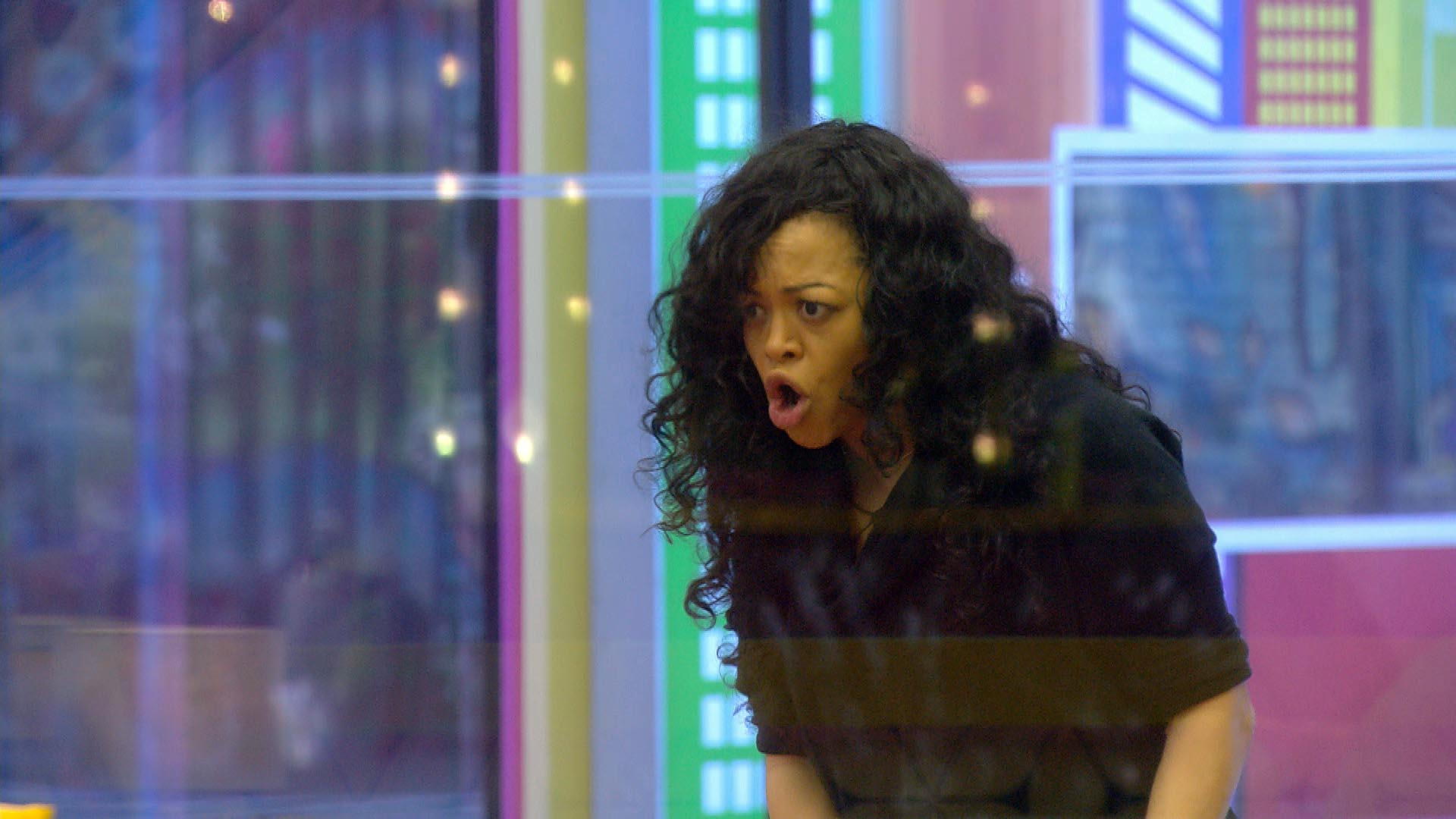 Day 21: Stacy gets angry at Kim’s “disrespectful” behaviour in the House

Last night Jessica’s pep-talk with Nicola annoyed some of their fellow Housemates. Stacy tells Jessica that the house is in a “good place” and it’s best to “drop” the subject. “I feel like s**t now,” Jessica remarks once Stacy leaves.

Calum and Jessica make up following their argument about Nicola last night. Calum says that he can understand that she had “good intentions.”

Speidi are talking about Nicola. Heidi says she just wants things to be “neutral.” “You may as well clear the air,” Spencer advises.

Coleen and Nicola are in the garden talking about Stacy’s “unnecessary” advice to Housemates earlier.

Stacy joins then in the garden and asks Nicola if she can be “cordial” towards Speidi. “You think I’m gonna allow that,” Nicola snaps. She tells Stacy that she will not allow anyone to feel the way she has for the last few days.

Kim is in the storeroom using the washing machine. Stacy comes in and tells Kim that the clothes that Kim removed from the machine and has placed on the floor are hers. Kim apologises “No offence meant.”

A short while later, Stacy is in the bedroom trying to control her anger at Kim’s “disrespect.” She calls Kim into the bedroom. Kim explains that she heard Stacy shouting about what happened.

Stacy tells Kim it’s not OK to treat other Housemates’ property that was, and isn’t sure how to take Kim. She says Kim is all apologetic today but may be a “schizophrenic,” opposite to her first few days in the house “when you came in and called someone a bitch.”

Nicola and Heidi are sitting on the bed. Heidi says she is “sad” that Nicola didn’t sleep in the bed next to hers last night. “If it’s okay, can we just move forward?” Heidi asks. “I’d love that,” Nicola says and they hug.

Jessica is giving Calum a massage in the bedroom, whispering and giggling in his ear. Calum jokes: “I can’t believe you just treated me like a piece of meat.” “It’s just what you are, I’m joking, or am I?” Jessica giggles.

In the garden, Coleen tells James C that she wished he had “told them (Speidi) off,” just for her pleasure.James C explains that it would be pointless to get annoyed as Heidi and Spencer are playing a game. He jokes that on the outside he would maybe do something more than would be normal, “Like bite your f**king nose off.”

James C says that on the outside, Spencer would be too “frightened” to act the way he has acted inside the house.

Day 21: Nominations are shown to the Housemates via screen in latest twist