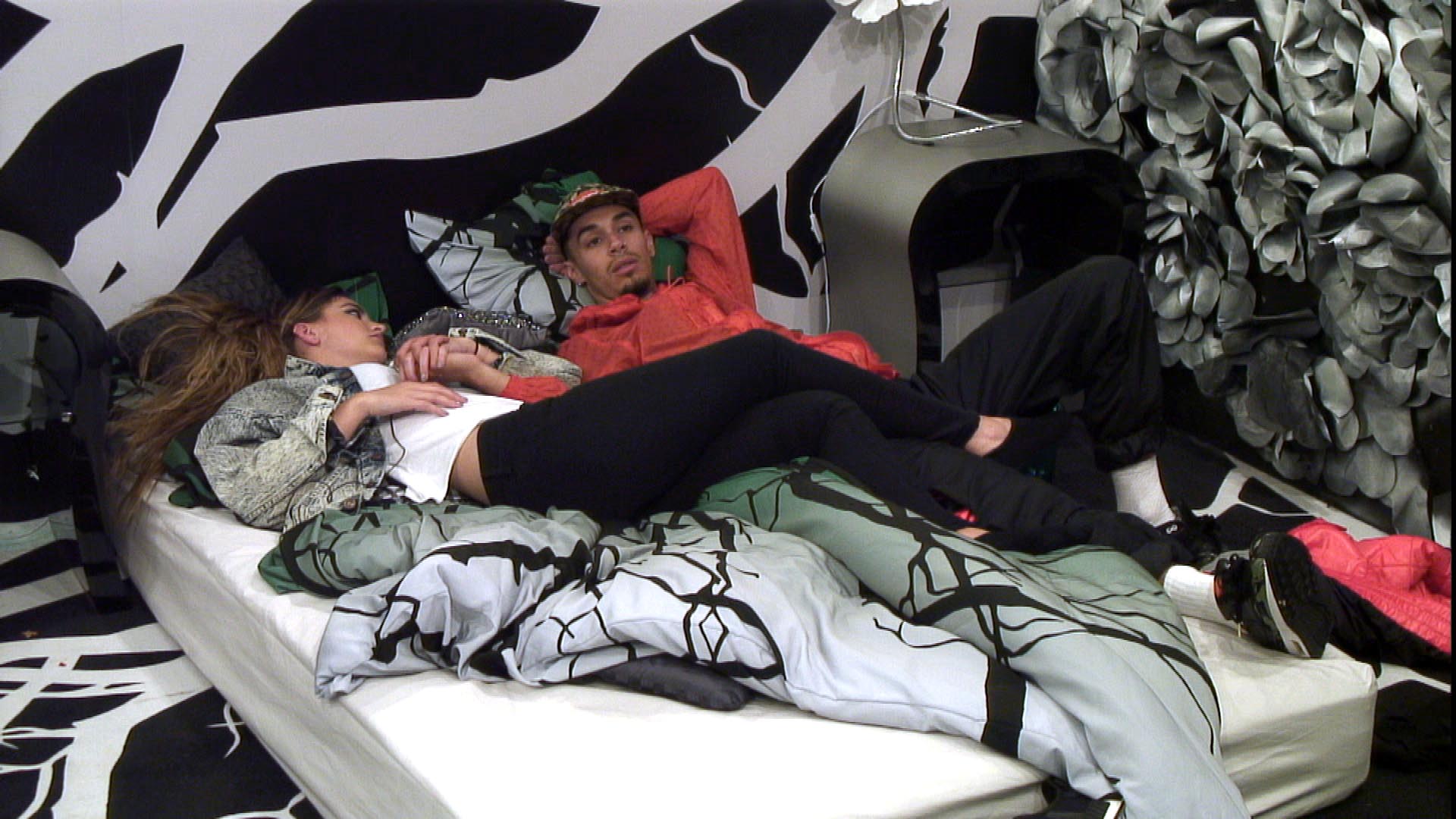 Tensions have been rising between Georgina and Jackson…

In the kitchen, Georgina is talking to Charlie about Jackson; “I would have not gone near him if I had known (that he had a son).” Georgina looks around, and witnesses Evelyn applying eye makeup to Jackson in the bedroom, which irritates her; “I don’t trust her! I’m seeing red right now, I have to say something.” Charlie advises her not to look jealous

Georgina walks into the bedroom and comments, “Are you having fun?” She then walks back out. Lateysha tells Jackson to stop having his makeup done by Evelyn, he reacts; “What have I done?”

Jackson goes to speak to Georgina in the pod, she says; “Why don’t you swap beds with Evelyn?” He says he doesn’t want to and is not trying to upset her, she walks away

In the bedroom, Lateysha is removing Jackson’s makeup. Georgina remarks that if Jackson makes the final with Evelyn, then she would not talk to Jackson on the outside. In the garden, Evelyn tells Alex that she doesn’t want to tread on Georgina’s toes; “I know I don’t talk to Jacko as much as I did before because of their relationship, and I’m OK with that.”

In the bedroom, Georgina reveals to Jackson; “I’m really insecure, I don’t like sharing. Evelyn fancies you.” Jackson replies; “I sit there and say you are beautiful and incredible.” She comments; “You probably should have gone for Evelyn.” He feels; “It upsets me when you say things like that. We are from two different worlds. It makes me feel like I’m never going to be good enough.”

In the kitchen, Evelyn and Georgina are talking, Evelyn asks; “Did you get p*ssed off at me for doing Jackson’s makeup?” Georgina replies; “Yeah cos he’s p*ssing me off the entire morning. He’s just really irritating me.”

In the diary room, Jackson is talking about Georgina; “It’s like being dyslexic and playing Scrabble, you really want to play but you know you are going to fail! Wow what a woman, I’ve never come across a girl like that. She has a massive issue with Evelyn.”

In the bathroom, Jackson is trying to make amends with Georgina, he states; “I said I would marry you tomorrow and I meant it. I’ve not met anyone like you before.” Charlie asks him what he just said, he confirms; “If I could I would marry her tomorrow. I’ve never liked anyone like her before. I would work my a*se off.” Jackson leaves the bathroom.

In the bedroom in their bed, Georgina reveals to Jackson that she finds it easier to hide her emotions. She asks him; “Do you genuinely love me?” He replies ‘yes’. The pair kiss

Day 21: Ryan and Hughie get closer after party task