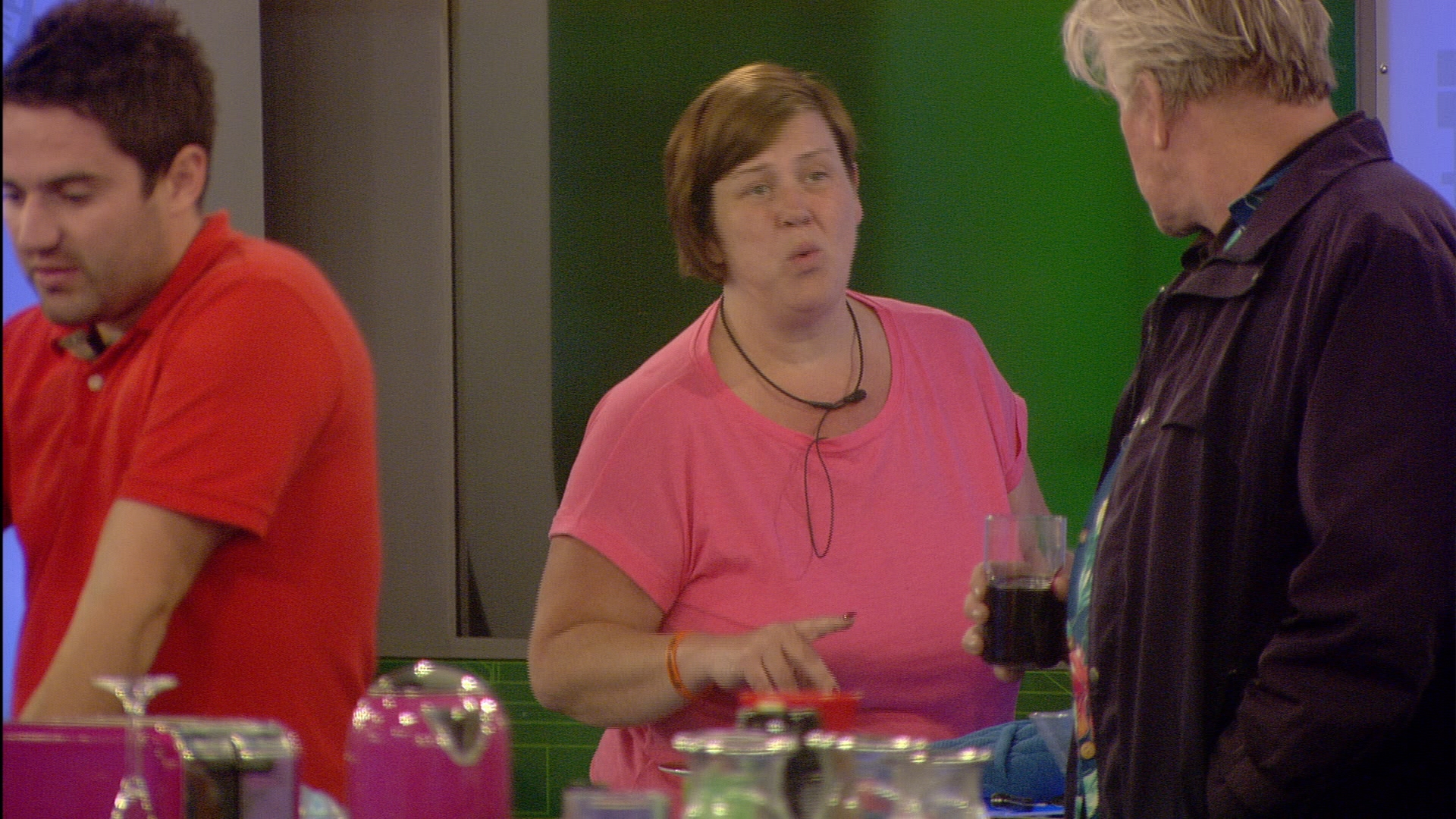 Some of the housemates are making food in the kitchen. Gary approaches Dee and says he’s got good news – he’s not bitter. Dee tells Gary she never said that he was bitter and that it was James, but gets confused and corrects herself that actually Gary said it in the first place.

Gary assures her he didn’t and he heard her say it and they start arguing. Dee starts to relay what Gary whispered to her earlier about James and Gary denies talking about him.

Dee says “Gary, just leave it because I’m done now” Gary then goes to speak to James and says “To my heart and the truth of my brotherhood with you, I said nothing about you not having a heart or a soul or a mind”. Dee protests but Gary puts his hand to his mouth to silence her.

Dee becomes irate and screams, “You’re the most ill mannered person I’ve met in my life, you’re sneaky and bitter and I hope to God James sees half of the stuff…Please do me a massive favour, stay away from me.” Gary tells Dee to “shut up” which causes more outrage as Dee says, “Don’t tell me to shut up you ignorant man. Learn some manners…Who do you think you are? You’re no better than anyone else in this House!”

Gary then says to Dee, “Get out my way!” which infuriates her further. Dee is then called to the Diary Room while James talks to Gary and says, “Eventually the British public will see the way you are. We can’t all be wrong…”

Big Brother calls Dee to the Diary Room to calm down. Dee is reeling and says, “I’m not here for this sh*t, I want to go home” she then asks to speak to her father before becoming emotional and crying.