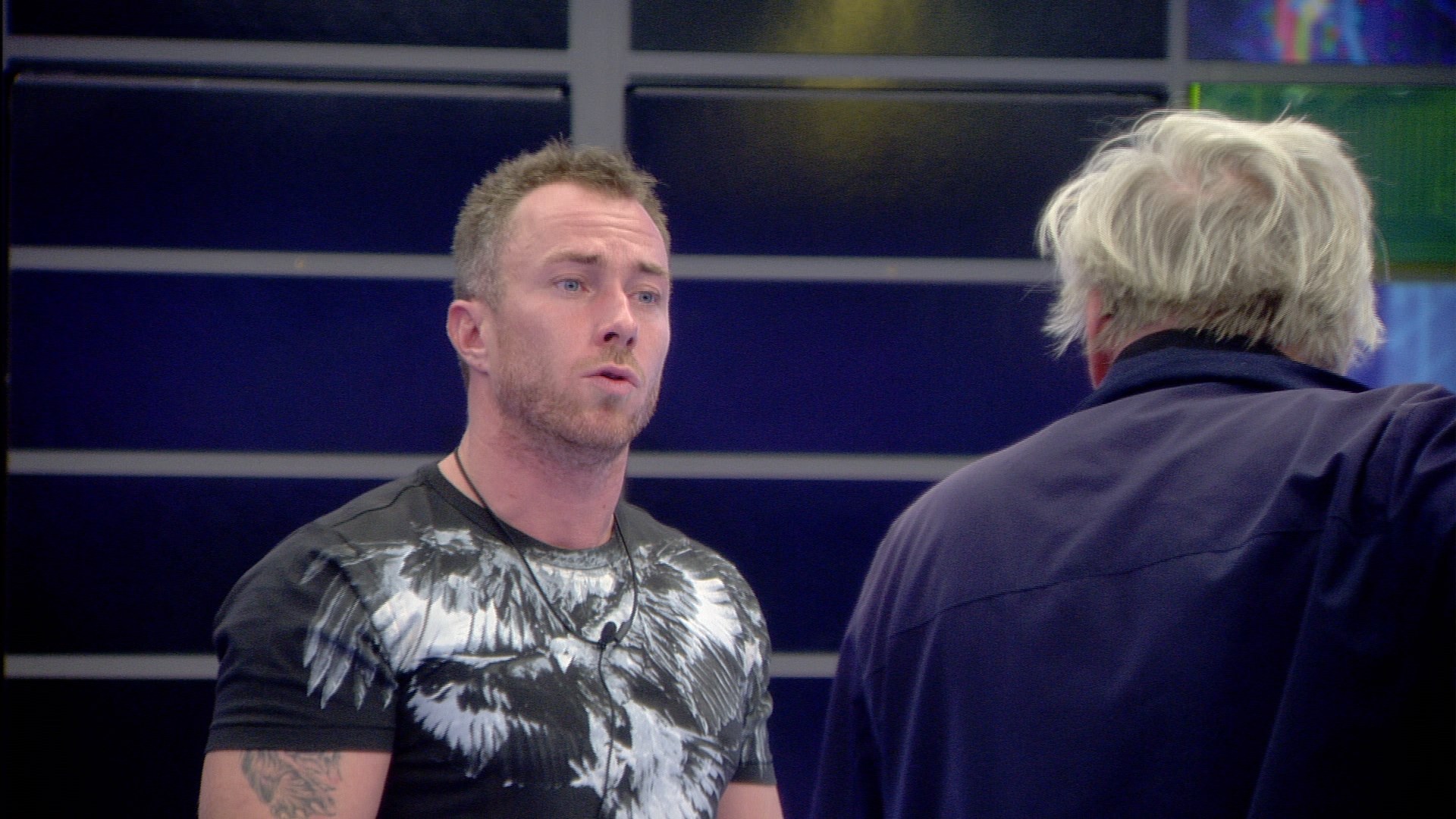 On tonight’s show, viewers will see Hollywood actor, Gary Busy, warned by Big Brother – over his nudity. The event starts in the kitchen, with Dee, James, Geoge and Gary

In the update from tonight’s show, it says “Gary is experiencing some discomfort with his long-standing knee injury. In an effort to re-arrange his leg brace he pulls down his trousers, exposing his naked bottom as he’s not wearing any underwear, and sits down on a chair.

James is gobsmacked and when Dee sees what’s happening, she asks James to sort it out. Dee becomes increasingly annoyed but George, who is also in the kitchen, remarks “What can you do? I’m not a professional. I don’t know how to deal with that situation”

Gary doesn’t appear to understand what’s wrong and explains that his knee was out so he had to fix it. James reasons, “I wear underpants. I don’t sit on chairs with my bare bottom. That’s not right, Gary. And there’s ladies in here who shouldn’t see your co*k and balls” Gary proceeds to tell James that “you exaggerate so much that a therapist would have a ball with you”

Gary then turns to Dee and asks if she was offended and she says she was. Dee reasons, “I’ve never walked into a kitchen and seen someone with his trousers down…if I’d seen a pair of boxer shorts, I probably wouldn’t have been so shocked. I didn’t expect to come in the kitchen and see Gary Busey’s bits!”

Later on in the show, Big Brother calls Gary to the Diary Room to remind him about acceptable standards of behaviour in the House regarding his earlier nudity. Gary says that he apologised and explains that he was dealing with his knee condition, adding that it was “a very scary moment for me” Big Brother suggests that he should ask for assistance in the future.