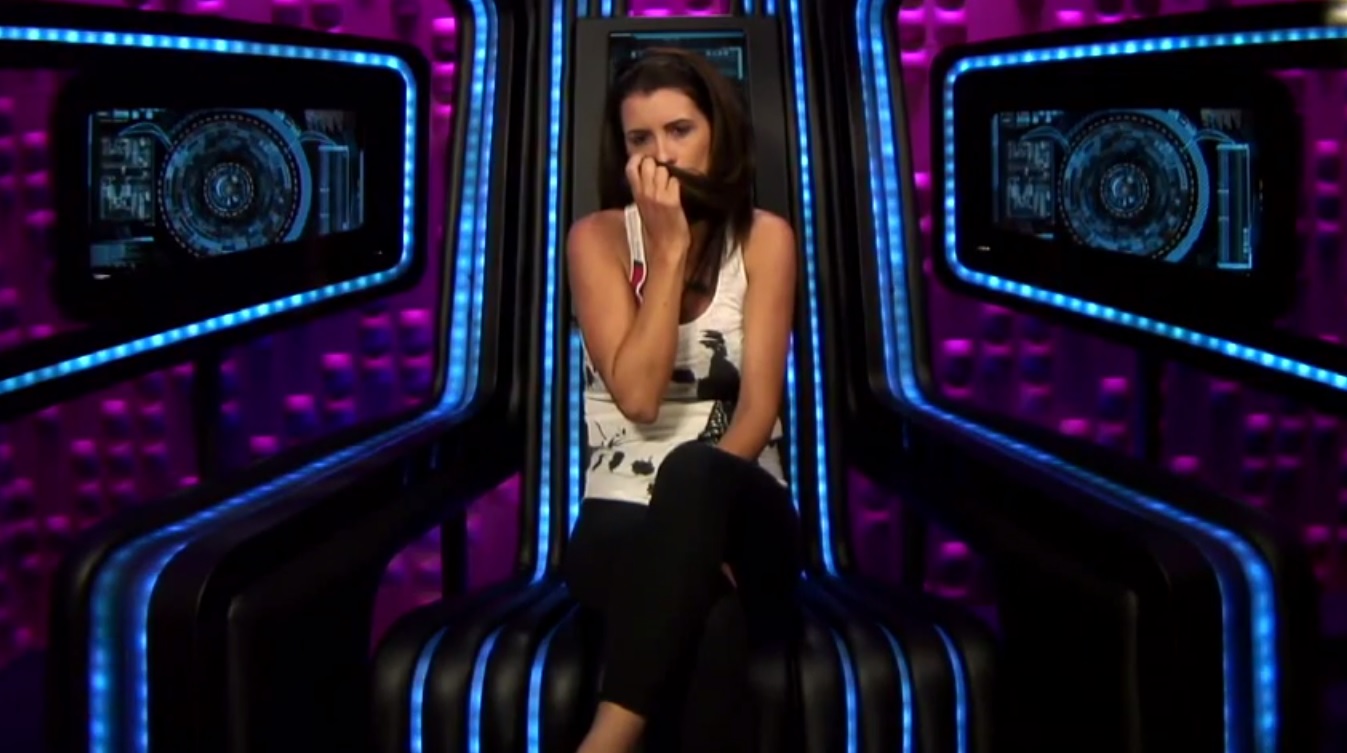 Yesterday morning, Big Brother called Helen to the Diary Room and issued her with her first formal warning

Last night, we watched as Helen and Matthew erupted into an argument after playing a game of Truth or Dare. Following the argument, Big Brother later called Helen to the Diary Room to issue her with her first formal warning.

“Helen, before you entered the Big Brother House, the rules regarding unacceptable behaviour were explained to you. Big Brother would like to speak to you about your behaviour in the House” stated Big Brother.

“Last night, in an argument in the garden, you were aggressive in your behaviour towards Matthew. During the heated exchange, you stood over Matthew who was seated, in a physically threatening manner and shouted in his face”

“In addition, the language you used towards Matthew included name calling, ridicule, humiliation and aggressive threats. Big Brother has spoken to you on previous occasions about both your language and your aggressive behaviour within the House. Big Brother is concerned that you are not taking sufficient notice of these interventions”

“Yeah, I just don’t know what’s wrong with me. I’m not gonna argue and try and pretend I’m not in the wrong, when I am… and for what it’s worth, I’m really sorry”