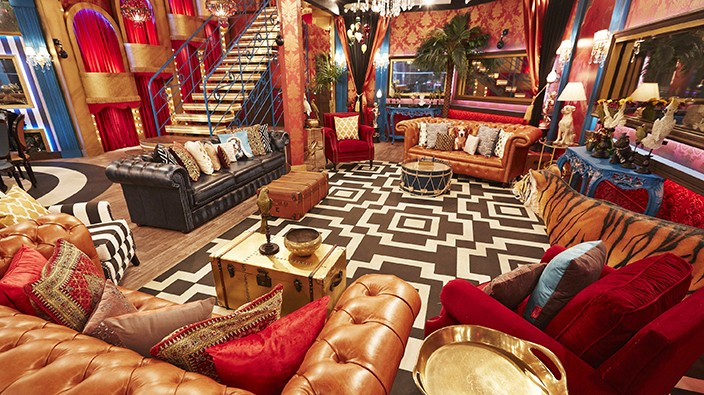 Day 22: Highlights from Day 21 in the Celebrity Big Brother House

Take a look at what the housemates got up too yesterday.

Last night, housemates played a game of truth or dare. And things got steamy.

· In the garden, Jeremy explains to Danniella, “I’m still single and she (Steph) has a boyfriend, it was a game of truth or dare.” Danniella advises him to have a conversation with Stephanie.

· In the bathroom, Stephanie explains to Scotty T that she ‘would not start necking on’ with someone else in the house, and that she feels ‘like a mug’, and wouldn’t have done that to Jeremy.

· In the garden, Danniella reminds Jeremy that Stephanie has a boyfriend, and to enjoy his time in the house.

· In the bedroom, Jeremy tries to talk to Stephanie, she tells him she doesn’t want to talk. She mutters to herself, “I’ve f*cked up my whole life for nothing.”

· Tiffany is in the diary room, “I’m not surprised that the boys wanted to kiss me! I love young meat and those boys kiss very, very well. But Scotty T is the better kisser!”

· In Stephanie’s bed, Jeremy tries to make amends with her, explaining that it was only a game of truth or dare. Stephanie asks him not to kiss someone else again in the house. The pair hugs.

· John gets to work on his secret mission; however the housemates make it impossible for him to receive his compliments.

· Big Brother then gathers all housemates on the sofa, and reveals that the rest of the house was also involved in John’s secret task. As housemates didn’t pay John any compliments, the house win the use of a coffee machine for the day. John laughs.

· In the bedroom, Jeremy reassures Stephanie that she will not be perceived badly on the outside world, even though she heard last Friday’s crowd chant ‘get Steph out’.

· Tiffany confirms to John that she owns guns in America. John tells her that in the UK we are anti-gun; Tiffany is shocked to hear.

· Most of the housemates are having fun in the pool

· In the bedroom, Gemma reveals to John that she hopes her friends and family are proud of her. John reassures her.

· Big Brother gathers housemates in the living area. As Darren won immunity from the next eviction, he is given a prize of a selection of his favourite songs to be played into the house. Housemates sing and dance round the living area.

· Darren thanks Big Brother, “Good vibe tonight, it’s been really good fun!” A few of the other housemates are reflective about their experiences so far.