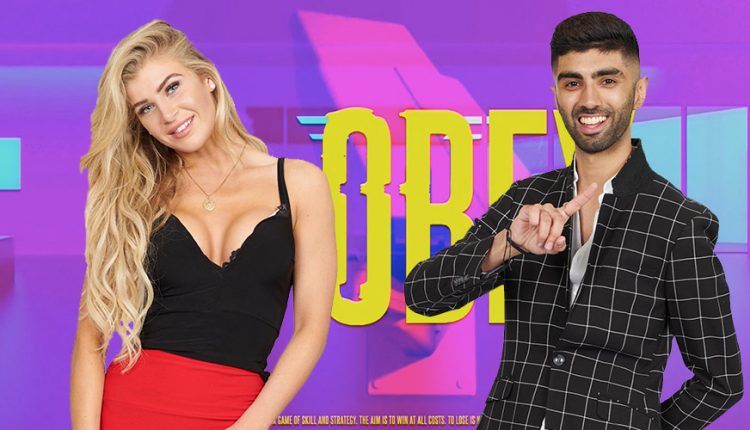 First came Isabella, a 23 year old race horse rider from Great Yarmouth. Isabella Lives at home with her parents in Great Yarmouth. She attended a horse racing college. She has taken part in seven races as a jockey and rode a winning horse at Chelmsford.

Isabella says she hates two-faced, false and nasty people and says that “manners and kindness cost nothing.”

“At the moment the Housemates know they are on a gameshow – they all want to win. I think I will forget about the cameras, even to the point where it might be too much and think ‘Rein it in!’ I am going to be me and hope the public like me. I hope I come across how I am seen on the outside world with friends. The people you would least expect me to get on with, I get on with. My best friend does not wear make-up, she is like a country girl. I want to surprise people.”

Second was Hussain, a 25 year old Physiotherapist. Hussain grew up in Birmingham but now lives in Manchester. He started working as a Physiotherapist four months ago in Salford as well still working part-time at Selfridges. His mother is his idol and he is a self-confessed ‘mummy’s boy.’

He is confident that his time in the House will be ‘The Hussain Show’ and thinks he will be “the King of the House.” Hussain has a ‘second personality’ who is called Felix who comes out when he is feeling “fruity” and wants to cause mischief. “He is extra as f**k, all day, every day.” He wants to represent ‘modern Muslims’ and thinks “everyone should be allowed to be themselves.”

“I want to show myself and all the swag and sauce that I’ve got, and secondly to win that £100,000. I have a plan on how I am going to win it, but knowing me the plan always goes out the window because I can’t keep my mouth shut and I have to be myself all the time, which is sometimes a problem.”

This week, the two new Housemates will be immune from being evicted from the House and will be given the opportunity to win some big coins.

Big Brother continues on Sunday night at 10pm with a 90 minute highlights show.