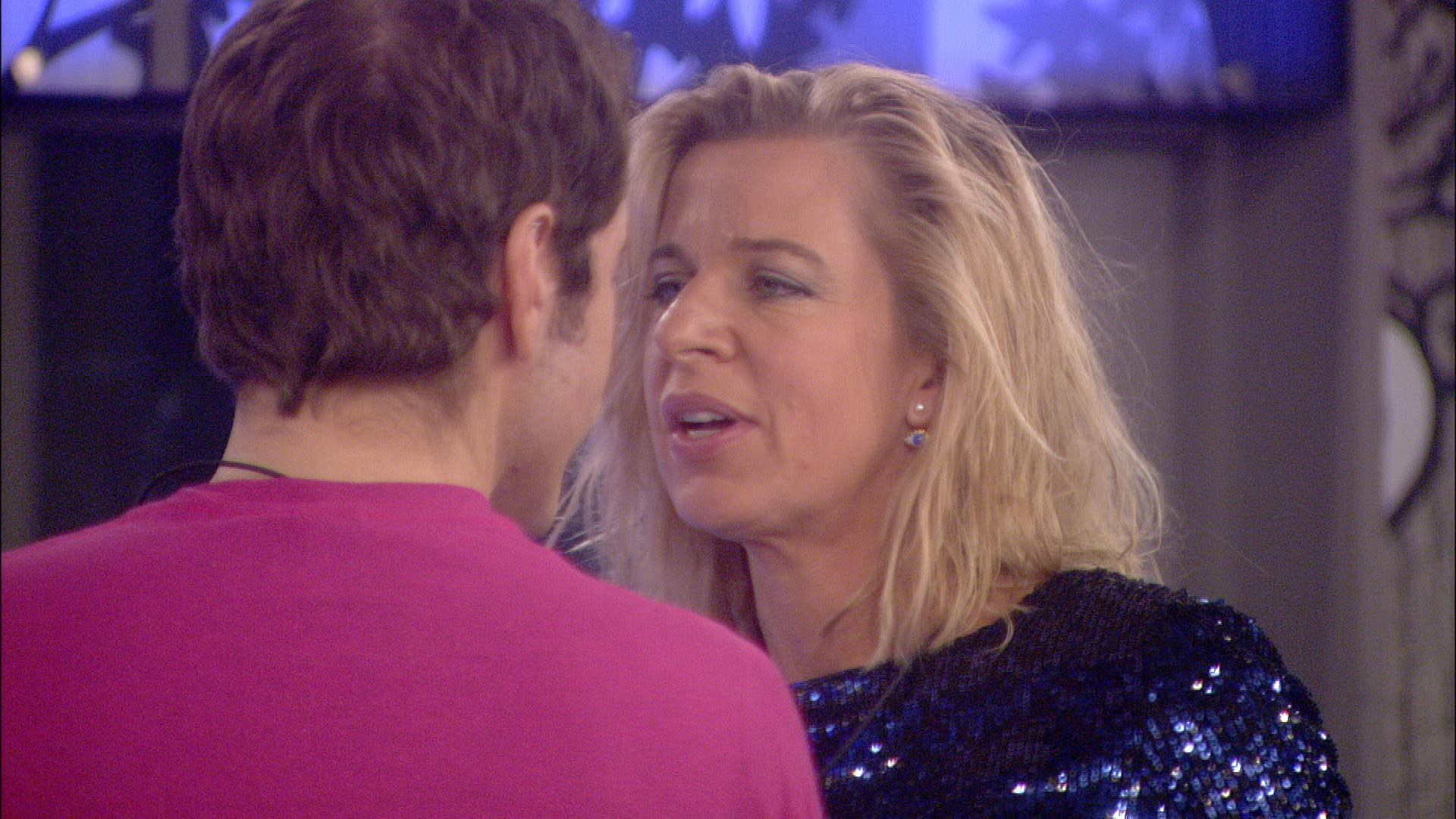 Day 22: Katie H and Perez row over his return to the House

Katie Hopkins also asks Perez to say sorry to the group about his treatment of Alexander and he says: ‘I’m sorry for the way I reacted to the hate I was getting.’ Kavana jumps in and tries to make him refine his apology to specifically include Alexander and Nadia says that they are moving the goalposts as he has already apologised.

Perez tells the group that Katie Price and Keith have been ‘amazing and brilliant at all times.’ Perez says that Katie Hopkins should be ‘ashamed for bitching about Keith’. Katie Hopkins denies this and Perez says: ‘I can quote you.’ Nadia accuses Katie Hopkins of being’ two faced’. Calum puts his point of view forward and Nadia tells him to shut up. Calum says to Nadia: ‘You and Patsy should have gone together.’

Perez and Katie Hopkins are rowing in the bedroom and Perez, once more, tries to lick her and she firmly asks him not to.

Day 21: Perez given “eternal nomination” for remainder of CBB