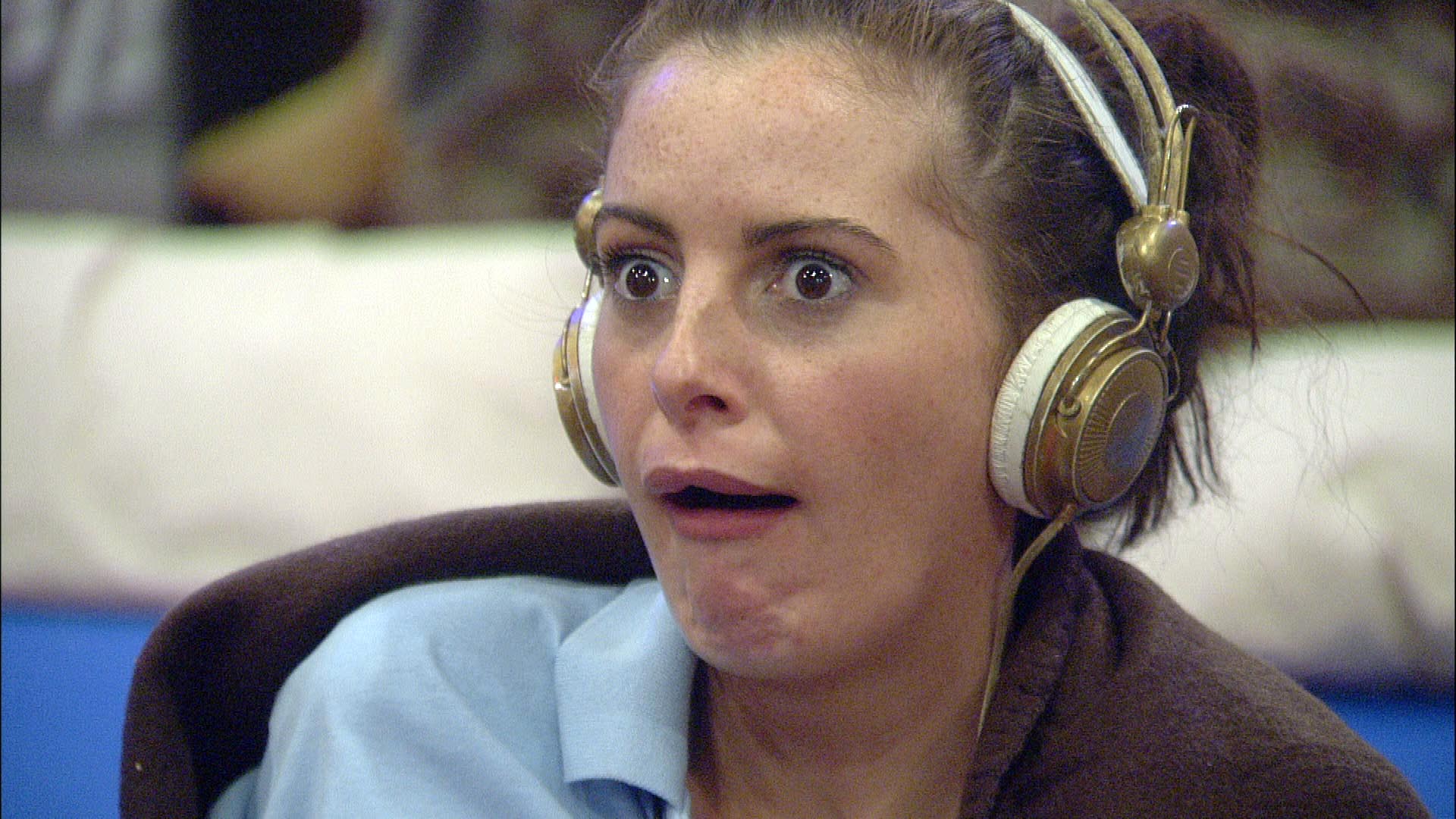 Day 23: Pledge Housemates spy on Fraternity from the Basement

As part of the shopping task, the pledge Housemates have been able to watch the fraternity Housemates from the basement..

For the second task, the Brothers are being given a toga party. The Pledges must cater to the Brothers’ every needs and serve them without participating in any of the activities.

The Pledges are then given plates of items and must use them however they see fit to impress the Brothers. The Brothers ask them to do things like eat dog food and shave their heads. This wins two more people brotherhood. Danny and Eileen are now Brothers.

As the Toga party is winding down, the Pledges are told that they will be tasked with spying on the Brothers. The Pledges cannot reveal this to the Brothers.

The Pledges are watching Sam and Nick in bed together. Jade comments, “Nick needs to grow some balls and go in for the kiss.” Harry tells Nick she’s single.

Harry takes her clothes off. “I won’t be able to handle it if you sleep like that.”

Big Brother has allowed the Pledges to pick two housemates to secretly question other housemates in the Diary Room. They have chosen Simon and Marc. Simon and Marc are asked, “Who do you think will be evicted on Friday?” They both pick Joel. Marc says, “Eileen is more entertaining.” They are asked then asked, “Who do you think will be the final 3?” Simon answers, “Eileen, Nick… and myself.”

The Pledges are annoyed about this as it contradicts what he says in front of them. They are asked about a divide in the house. They comment that it is too friendly and ultimately boring. Simon says, “They should be looking up to me and learning from me.” Jack says to the screen, “You’re a snake!” The screening finishes. Jade finishes, “We’ve come to the conclusion, Marc’s a good guy but Simon’s the one we need to look out for.”