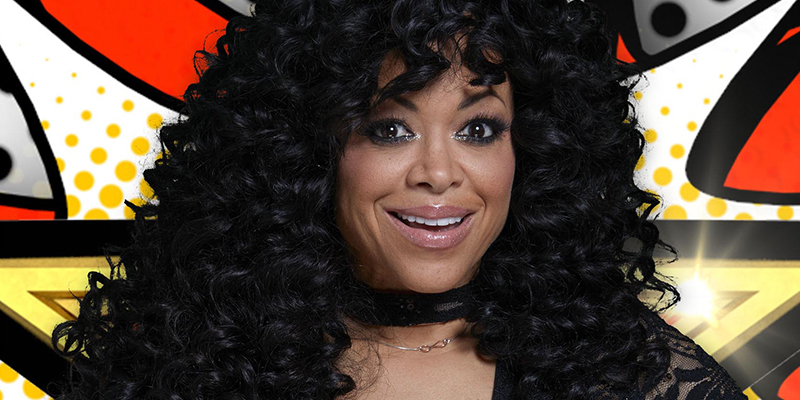 Stacy Francis has become the sixth evictee of the series.

Following nominations on Sunday, only three Housemates survived nomination. The fate of the remaining eight lay in the hands of the public who voted to save Coleen, Jedward, Nicola, Jamie, Jessica, Kim and Stacy. Speidi received eternal nomination from James C so automatically face the public vote.

Tonight, Emma announced that the housemate with the fewest votes and therefore sixth to be evicted from the Celebrity Big Brother house is Stacy. Stacy said her goodbyes and left the house to a mixed reaction from the live audience.

On how it feels to be out, “I’m so happy, I wanted to go to the final but I get to see my babies.”

Stacy had a word for the producers of Celebrity Big Brother: “Thank you for bringing me on this show, overall I’m so grateful that they gave me this opportunity.”

On her arguments in the house: “I snap then feel really bad if I hurt someone’s feelings, I’m a fireball.”

On the new Housemates, “New people didn’t have a chance to really know me, they didn’t give me a real shot. I kind of went into animosity, it’s not their fault.”

On Kim putting her washing on the floor: “It wasn’t the actual (act), it was like lots of things, then boom! I always made sure I was considerate of my Housemates then Kim came in and was very selfish.

Stacy’s general thoughts on Kim: “Is Kim senile, we did a task yesterday and Kim just never got it, she’s 75 years old now and I think she just doesn’t care?”

On who she thinks is the real Kim: “She’s watched the show over the years, she came in with preconceived ideas of what she has seen on telly, I feel like overall she is a good person.”

On figuring out the game and how to play it: “I had Nicola giving me tips and stuff, if I had (played properly) I would have made it to the final.”

On who is playing a the best game, “Speidi, they have a good game going on.”

Stacy says she would like James C to win.

Day 23: Bianca’s secret boyfriend is revealed to a devastated Jamie