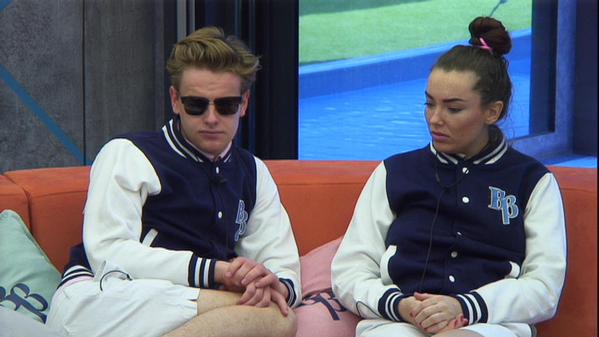 Big Brother has set Housemates their next shopping task

This morning, Big Brother gathered Housemates to the sofas in the living room to reveal the next shopping task. It’s pledge week in the House, and the Housemates have been welcomed into Big Brother’s fraternity group – Beta Beta.

Marc is the fraternity leader while Cristian, Harry and Nick have been accepted into the fraternity, all becoming Beta Beta Brothers.

The other housemates are Pledges and must always be positive, obedient, moral, dedicated and hard working.

They have to always do what Brothers asks them to do, they are not permitted to answer Brothers back or display bad attitude and must proceed the Brothers’ names with the word Brother at all times.

The Pledges must also cook all meals for the Brothers but are not allowed to eat with them, they must clean up after the Brothers and are BANNED from the bedroom. Instead, the Pledges will be sleeping in the ‘basement’.

If the rules are broken by the Pledges, the Brothers must come up with fitting punishments. Throughout out the ask Pledges will go through a variety of tests to establish whether or not they are ready to join the house of Beta Beta.

A successful fraternity will mean a successful shopping task and a luxury budget.

Day 21: Joel and Eileen face eviction from the House