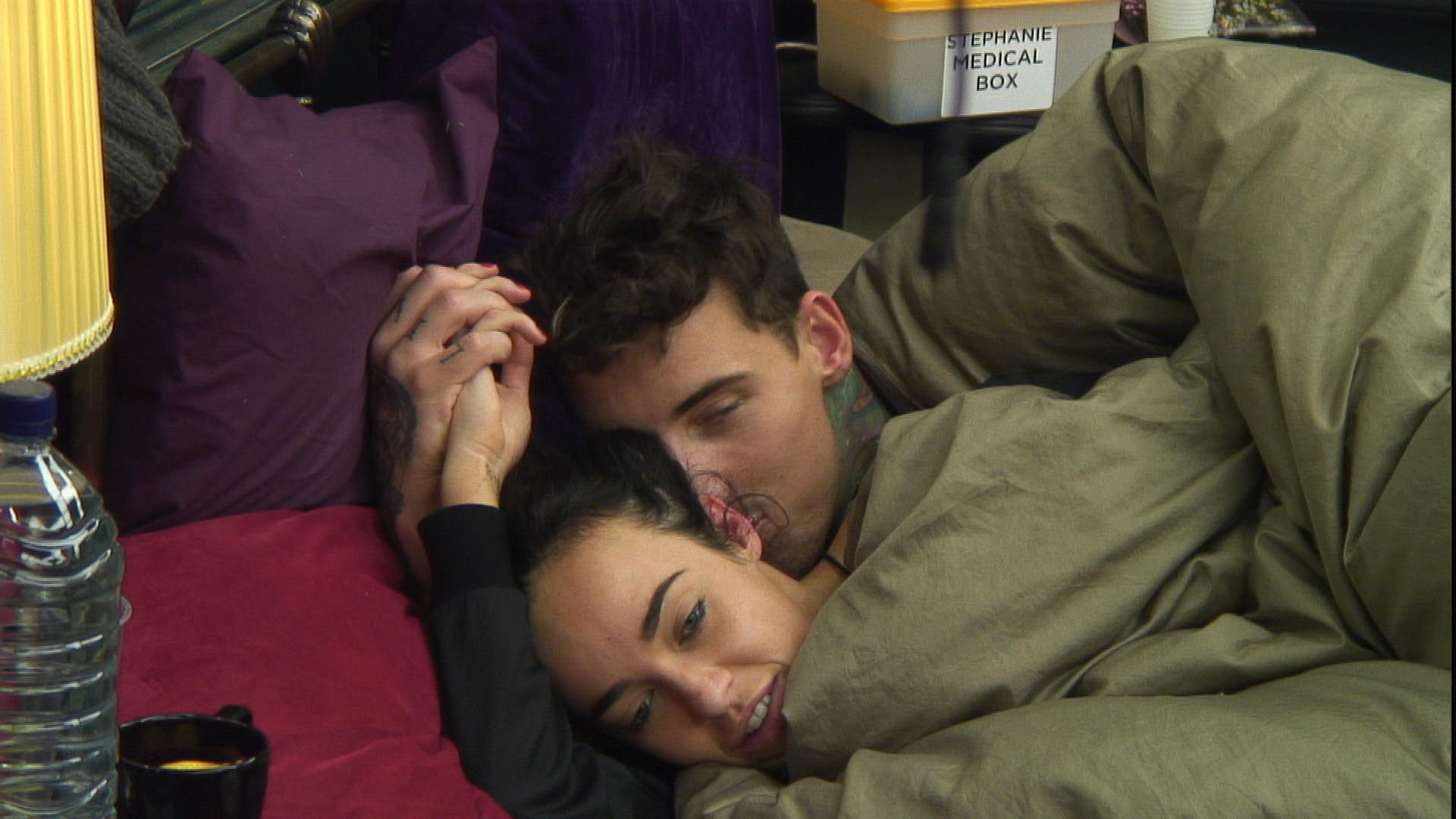 Jeremy has confessed his love for her to Scotty T, while Stephanie said she needs to be single..

During tonight’s highlights show, Housemates are gathered on the sofas and watch Gillian McKeith in the diary room, being welcomed to the house as part of a detox task. Big Brother reveals that housemates need to be cleansed, Gillian comments, “Absolutely!”

Gillian is tasked with using her expertise to purify the house. She enters the house via the diary room, and greeted by the housemates.

Big Brother asks Gillian to select the four most toxic housemates in need of her help. She chooses Stephanie as she’s emotionally toxic and septic to Jeremy, John as she believes he’s a catalyst of chaos, Tiffany as she’s a sexual predator and started smoking again. Gillian also chooses Gemma, however as she’s unwell, Gillian picks Scotty T instead as he parties too hard and brags about his sexual prowess, “Turbo d*ck is going to bed! Keep that chopper to yourself!”

In the detox clinic, Stephanie asks John what septic means. She then reveals that Jeremy and her share the same toothbrush.

In the garden, Stephanie tells Jeremy, “We are septic to each other as we both want to be with each other. I can’t stay away!”

Gillian asks the toxic housemates to return to the detox clinic; Stephanie reveals she’s already missing Jeremy. Gillian persuades Tiffany to return to the clinic, and tells her just to get through it. The pair hugs.

Stephanie has had a revelation, “It’s made me realise what I’m worth and that I need to be single.”

In the bedroom, Jeremy reveals to Scotty T that he loves Stephanie, “She needs to be treated like a princess.”

Stephanie tells Gemma and Danniella that she feels better. Gemma comments, “Your boyfriend wants to be famous, you’re the famous one. F*ck it off.” Danniella advises her to just be herself in the house. Stephanie feels like ‘a weight has been lifted off’ her shoulders.

In the garden, Jeremy tells Stephanie, “If things work out after we get out of here, I’ll book us a holiday somewhere nice, I want to. I think I need to show you what my idea of treating a lady is like.” Stephanie smiles, “You don’t have to do that! Oh my god!” Jeremy concludes, “I want to do that. You’ll like me more.”