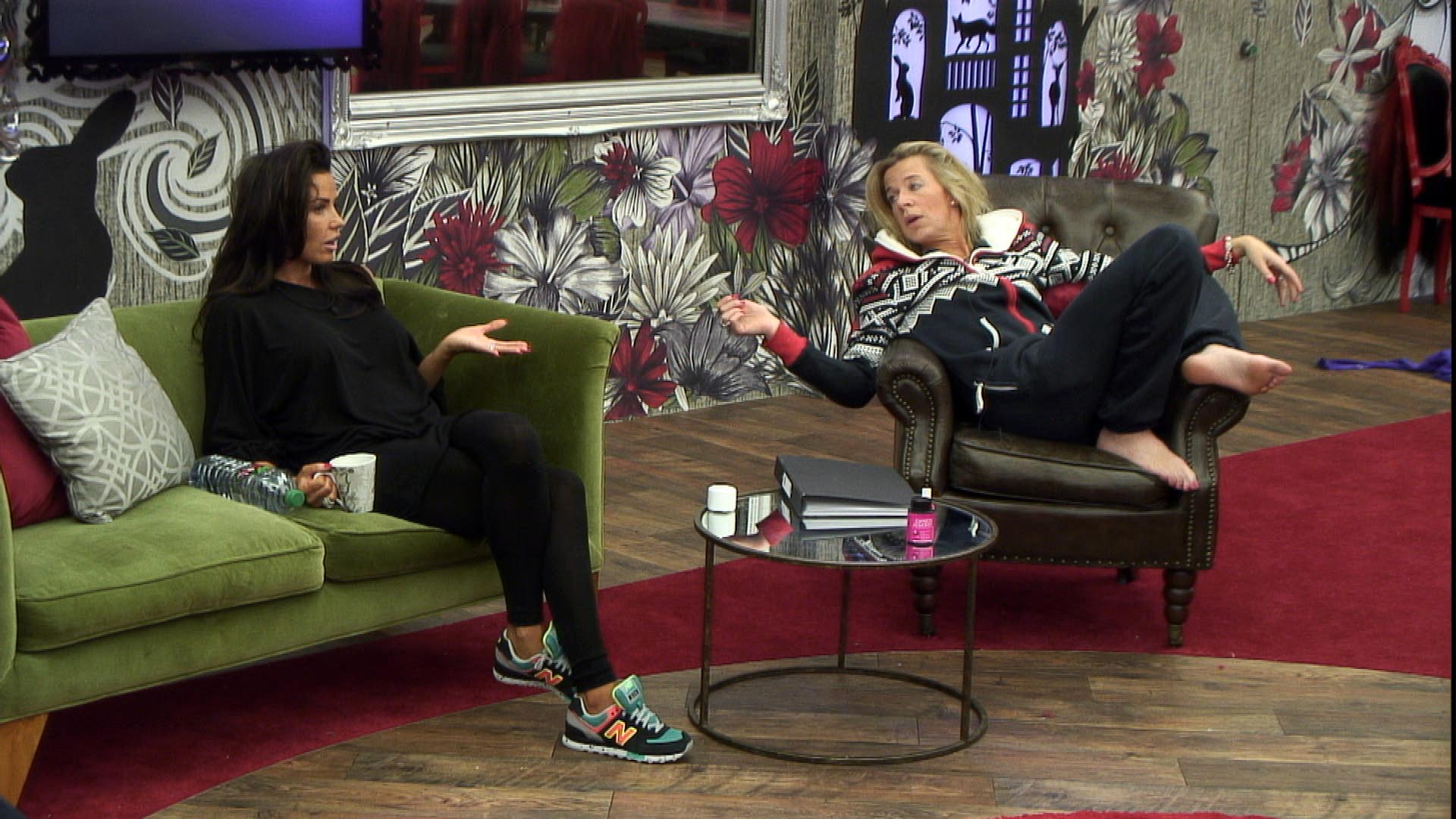 On tonight’s show, Katie P and Katie H clash over comments about Katie P’s family, and her son’s schooling

She goes on to admit, “What I’m hurt about, because I’ve been betrayed so much this year, I’m open to finding new friends. If you meet someone and think they’re your friend and yet again they’re still doing something behind your back, I’m not in to that at the minute…I know people are di*kheads about me in the outside world. I know people say stuff about me. It’s fine, I can accept that, but when you’ve given someone a chance and stuff, and I think ‘OK, you actually accept me and we’re alright’, and they’re not really, then that’s cruel”

Later on, Perez asks the two Katie’s what they have learnt about themselves in the House. Katie Hopkins says that she’s learnt that “people call it a game up until the point they feel offended and suddenly it’s a bit like life and death” Perez then brings up her earlier comments about Katie Price’s schooling arrangements.

Katie Price maintains “I don’t ponce off the government…I am very much entitled, if something is offered to me by the government, to take it. You should never judge anyone for it. I’d rather the government pays for my son to go to school than pay for fireworks over the River Thames on New Year’s Eve” Katie Hopkins then tries to bring Keith into the conversation but he resists saying, “I don’t want to talk about it anymore because I will get angry”

The conversation then becomes heated and Keith retorts, “Don’t goad me… I’m not playing a game. I’ve come into this House to enjoy myself and be nice with everybody. Unfortunately you may not be able to do that, but I can and hopefully I’ve done that successfully…”

Katie Price maintains that she has “massive opinions” but she doesn’t choose to share them because “my opinions are not horrible” Perez questions if Katie Hopkins thinks she is ever wrong and she replies, “Have I ever been wrong about anything? Yeah, I told Alicia she would stay” Michelle then describes Katie Hopkins and Perez as “the perfect storm”