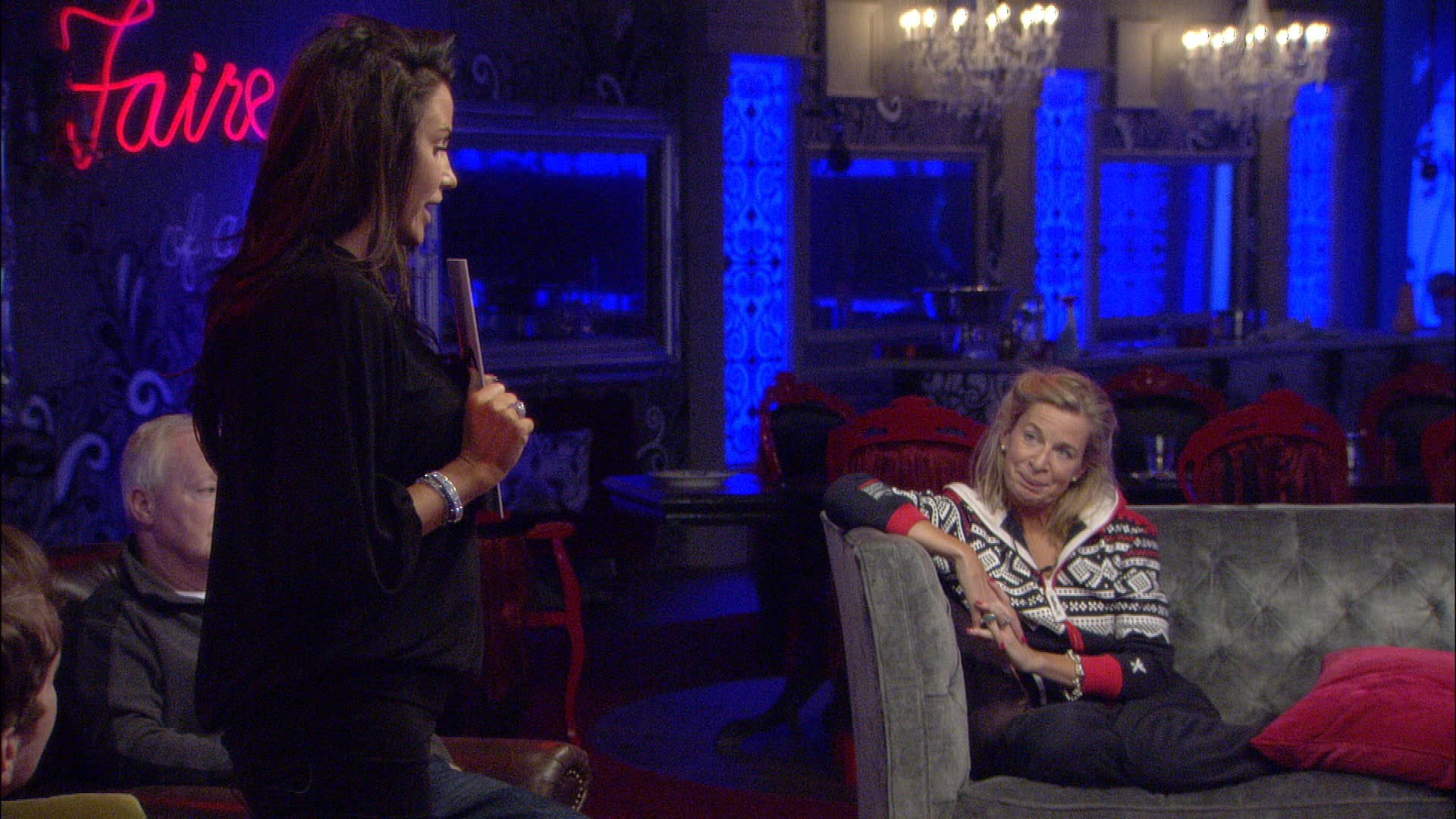 Find out who nominated who in yesterday’s nominations

During tonight’s highlights show, Big Brother gathers the Housemates for this week’s nominations, which will take place face to face. As Perez is eternally nominated, he cannot be nominated, but can still nominate.

Katie Hopkins nominates Katie Price because “I think you’ve lost a bit of your feistiness in here” and similarly with Keith she feels he just agrees to be liked, and “combativeness is fun to be around.”

Keith nominates Katie Hopkins as he is “disappointed” with her, and calls her “harsh and cruel”, and Kavana “because you told me to fu*k off.”

Cami-Li nominates Nadia because of “her friendship with Perez” and “a naked man licking his fingers acting very vulgar should be reprimanded…not me”, and Keith because she doesn’t want to be reprimanded when she leaves a cup of tea on the side.

Nadia nominates Katie Hopkins because she finds it “difficult” to be around her views and Calum because “we’ve gone as far as we can with conversation.”

Kavana nominates Nadia because “we haven’t got to know each other as well as I would like because of Perez” and Keith who doesn’t express himself and “we’ve got as friendly as we could get.”

Michelle nominates Nadia because she didn’t think she was “interested” and always “cut off”, and Keith because she can “feel his sadness.”

Katie Price nominates Katie Hopkins because she’s “been two faced” and is “playing a massive game”. She also adds, “I may sit here looking pretty but I can be feisty when I need to be”. She also nominates Calum because she feels it “annoys” him when she talks about her family, and that makes her feel “uncomfortable.”

Perez jokes that his decision “took a lot of soul searching” before nominating “hurtful” Katie Hopkins adding, “she should hop on board the fu*king train out of here.” His next nomination is Cami-Li because she said “she doesn’t want to share the same oxygen as me.”

Calum nominates Nadia because she “came looking for an argument” and it created “bad blood”, and Keith who is “quite emotional” and he doesn’t know how to speak to him when he is sad.

The Housemates facing eviction are Nadia, Katie Hopkins, Perez and Keith. Michelle was the only Housemate to not receive any nominations.