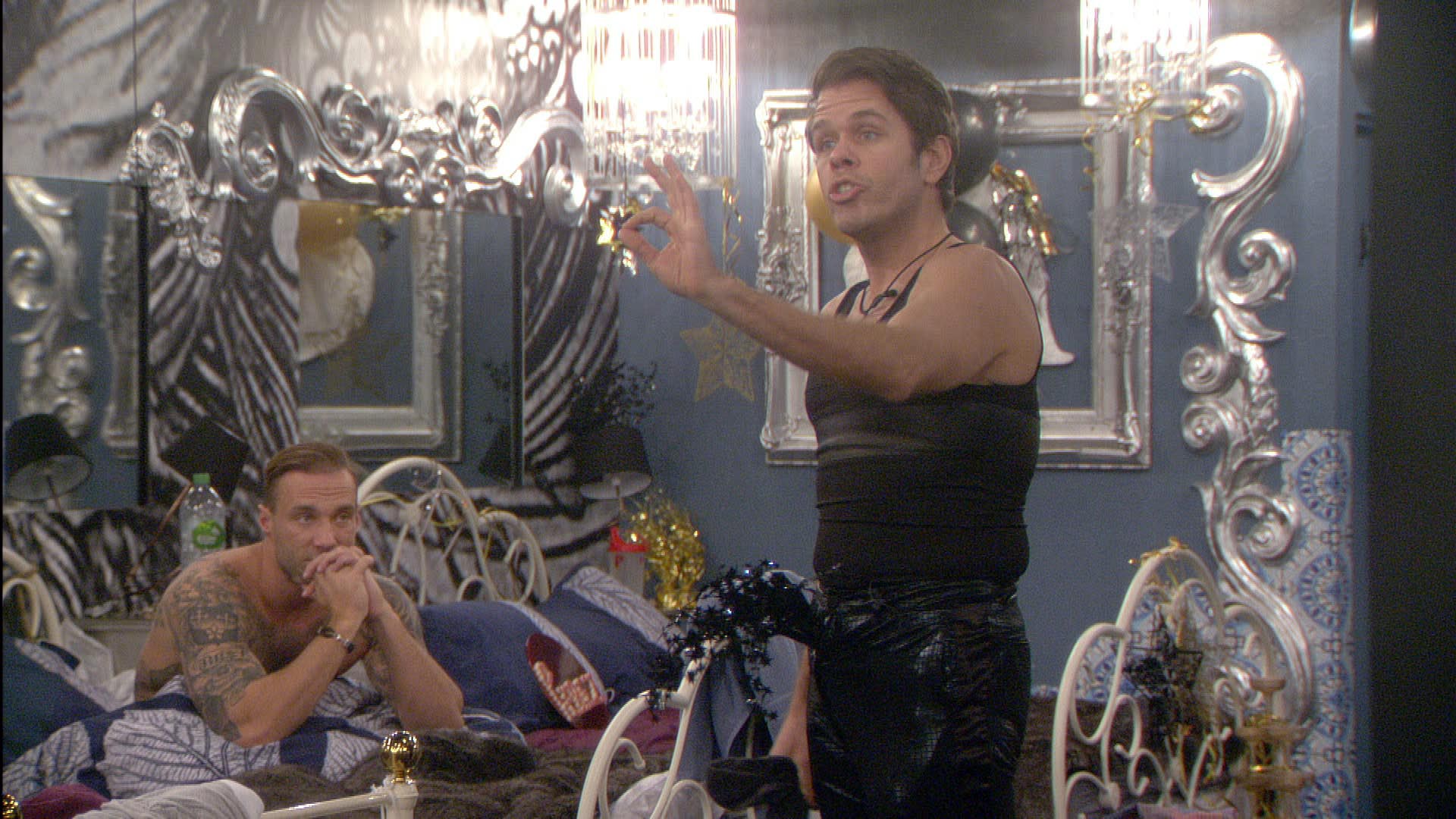 As the Housmates ended the party, the alcohol soon took effect as arguments exploded in the House.

On tonight’s show, Perez asks Kavana what he has learnt whilst being in the House, to which Kavana tells him, “I’ve learnt people aren’t honest, people are insecure, people want to be liked constantly and you can’t really trust anyone.” Perez replies that “everybody came in for different reasons and each person’s reasons are valid.” He goes on to say that he wants the British public to learn who he is. Kavana suggests that some of his behaviour is unappealing and “madness, absolutely insanity”, saying “who is going to be attracted to that?”

Perez replies that he’s “like a f*cking rainbow…they have darker colours and brighter colours.” He stands by what he told Katie Hopkins yesterday that the British public can “suck my d*ck, because I want to get the f*ck out, but they are obviously keeping me in for a reason” and stresses that “If they like me, then great, but I’m not doing anything to make them like me…I’m just being me.” Kavana admits, “You have to realise that you can become a precocious, horrific human being.”

Perez defends himself that “everyone has that ability”, then brings up a number of times when Kavana has offended people in the House and says that other Housemates have referenced this. “Tonight, the night you told Keith to f*ck off, the night with Alexander, the night I came back… and I can probably keep counting.” Perez goes on to justify his behaviour in the house and that many times he has been “considerate, risen above, and stayed on the fun train” and that he has never “engaged or provoked without being provoken.”

Later on, In the bedroom, Kavana relays what Perez said to him. As the other Housemates go to bed, Perez enters the room and Cami-Li mutters under her breath “sh*t by your mouth” which he picks up on. Nadia tries to mediate but actually stirs the situation a little by bringing the conversation between Perez and Kavana back up, which annoys some Housemates. Perez repeats earlier comments that Housemates have said in the night about Kavana such as “when he drinks he behaves differently.”

As the argument continues, Katie Hopkins tells Perez that it wasn’t the time to tell Kavana and he needs to “look after him” and “respect that people have different evenings.” Perez defends himself saying, “If you don’t want negativity back from me… don’t give it to me”. Calum diffuses the situation and the Housemates get into bed. Katie Hopkins then says to Perez “I’m cool, I’m cooler than you”, to which Perez replies “You’re so cool you are delusional.”

Celebrity Big Brother continues at 9pm tonight as either Katie H, Keith, Nadia or Perez will be evicted from the House.