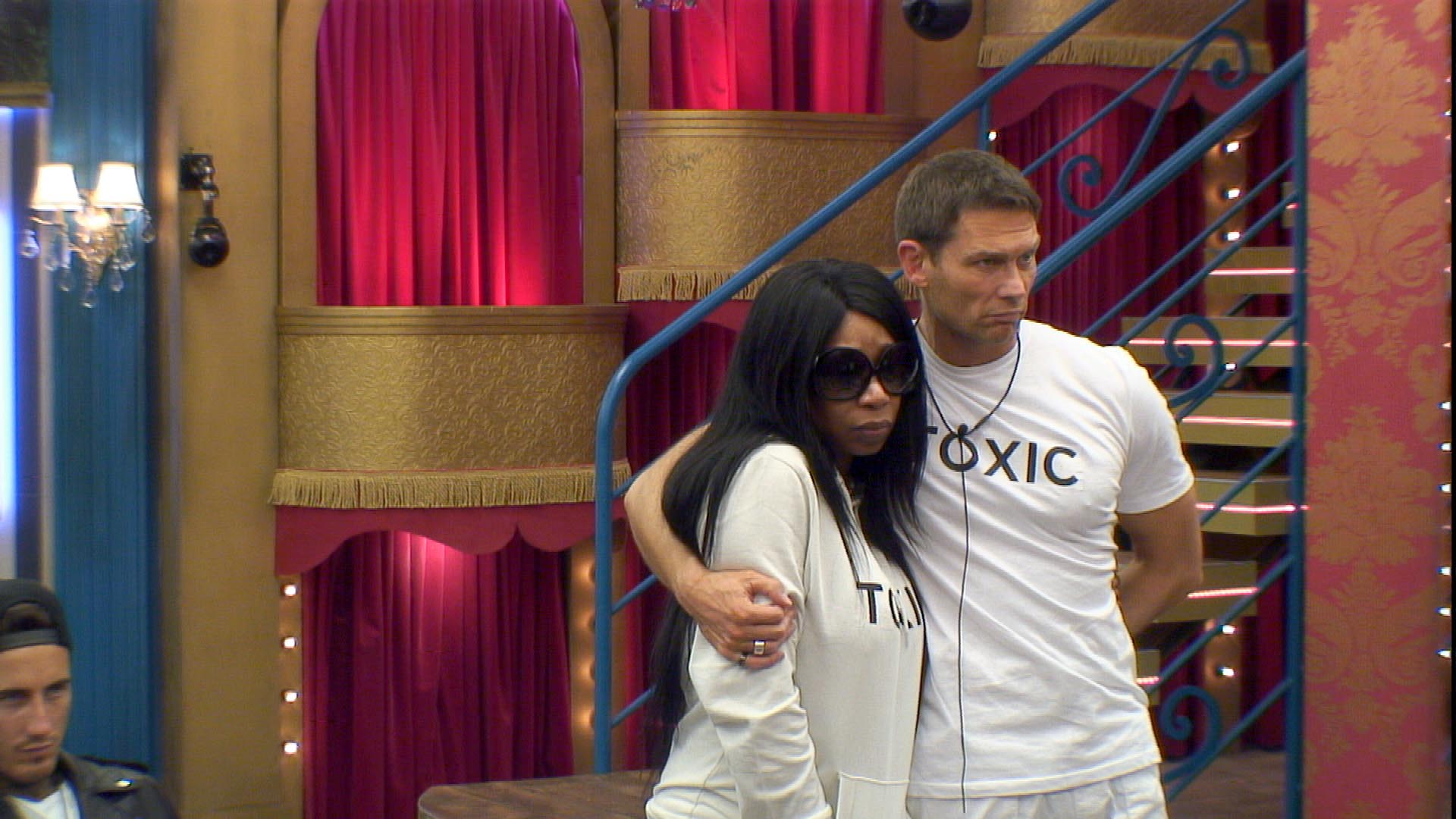 Tiffany isn’t happy with the results of this week’s nominations.

On tonight’s highlights show, the Housemates will be nominating for the next eviction. However the results of the nominations don’t sit well with Tiffany who gets upset.

The day starts off well for Tiffany, however she gets busted in the garden having a cigarette, and tells Gillian she will stop smoking once she has finished her packet of cigarettes.

Big Brother announces that the store room is now open for the housemates to collect refreshments. Stephanie and Tiffany cheer, and the pair start drinking the prosecco.

Big Brother then reveals the results of the nominations – they will be revealed in tonight’s show.

In the bedroom, Scotty T tells Tiffany to ‘calm her ass down’, the pair laugh. Stephanie says to Tiffany that the ‘boring ones on Celebrity Big Brother always win’.Tiffany is still raging in the garden; Scotty T reminds her ‘it’s only a game’.