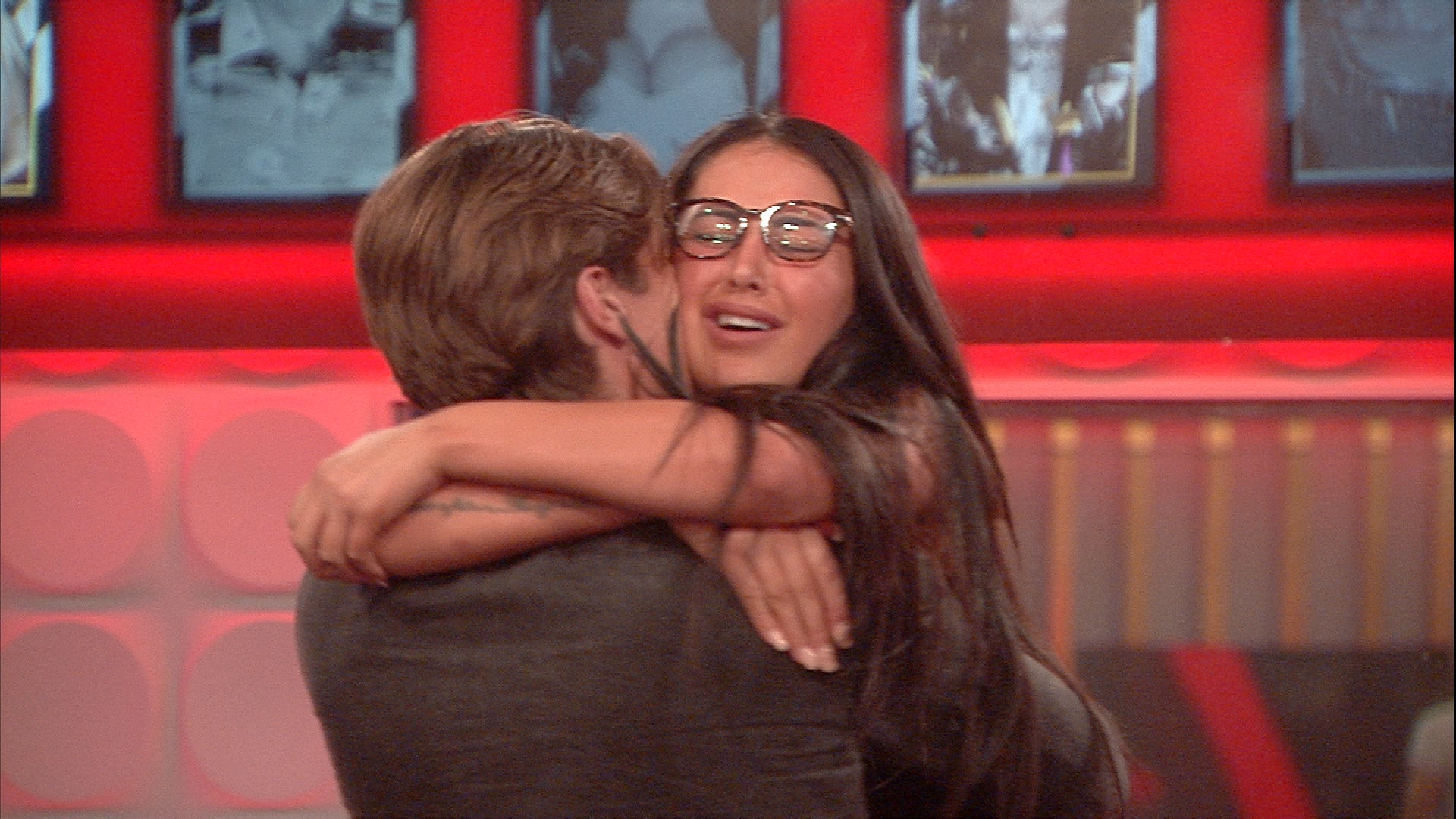 James and Lewis are talking about tonight’s eviction. James says that he thinks Samantha will be safe. Lewis says that he would like to see Samantha go, “I don’t feel she’s having fun in the house,” Lewis tells him. James adds: “I think it will probably be me because I think you’re safe and Ricky’s got a big fan base.”
· Samantha and Ricky are in the Garden reflecting on their time in the House. Ricky says that he stands by the things he has said while in the House. He tells her, “You deserve a lot more respect…people are more wrapped up in themselves, their egos and their own vanity.”
· Lewis and Marnie are lying in bed together. He tells her that he is a “very aware person,” adding: “If someone’s brushing their teeth first, I’ll wait until the person is finished.” Marnie responds: “Do you think I’ve got no manners?” and tells him that in Newcastle “people aren’t that way inclined.” Lewis tells Marnie how much he is looking forward to their “journey” together adding: “You bring out the kid in me, I bring out the woman in you.”
· Big Brother has gathered all of the Housemates to go head-to-head in pairs in a game of
· One-upmanship. Housemates are set challenges; all they need to do is go one better than their opponent. Samantha and Marnie go against each other to see who The Greediest Housemate is by seeing who can fit the most marshmallows in their mouth. “Let’s see which one of you can take it bigger,” Frankie jibes.
· Renee and Katie go head-to-head to be the Most Dramatic. Both perform a dramatic scene; Ricky and Frankie are challenged to find out who is the Most Outrageous, supplied with honey and feathered pillows. Lewis and Bear go head-to-head with clippers to be the Bravest Housemate. Lewis shaves his pubic hair while Bear sticks to his eyebrows and hair.
· Aubrey and James must challenge each other to be the Most Real by giving an opinion on Housemates. Bear is the first Housemate to hear home truths, James tells him: “…the bad reputation you’re getting will swallow you up if you’re not careful,” but adds that he is a good guy.
· Bear tries to console the losing Housemates and repeats, “Unlucky Samantha, unlucky” Samantha says she is fine and that people are trying the “wind her up.” “I’m just saying, I get the hump too when I’m down,” Bear continues before heading to the Garden.
· Samantha is in the Bedroom but wants to go into the Garden. She tells some of her fellow Housemates that she doesn’t “have the hump” so is annoyed with Bear. Bear, Katie, Marnie and Lewis are in the smoking area of the Garden. Bear tells them that Samantha has “the right hump” with him.
· Ricky is saved from eviction. Big Brother host Emma announces that both James and Lewis are evicted, Marnie is stunned and begins to cry as the pair say their goodbyes and leave the House. Marnie is being comforted by some of the Housemates. Aubrey tells her that this will be her opportunity to shine. Bear is also upset. “It’s bulls**t mate, it weren’t his time…you put him up so why are you giving her hugs.” Renee reminds Bear that it’s a “public vote.”
· Renee, Ricky and Samantha are talking about Bear’s reaction to his fellow Housemates after Lewis was evicted. Rickysays that Bear is upset because he knows that Lewis was evicted “because of him.” Renee rebuts this and says Bear actually thinks they are “pretending to give a f**k, even though some of them put Lewis up for nomination. “He’s not able to understand the whole picture, he clearly has no remorse.”
· Marnie is crying in the Bedroom. Ricky is in the Diary Room talking to Bog Brother. Bear and Renee are in the Garden talking about Marnie. Bear tells her, “It’s a blessing that he’s (Lewis) gone, I want to hear her voice, she can build more of a character.” Renee adds: “I’d like to see her function without him.”
· Samantha is in the Diary Room talking to Big Brother about Bear. She says she hoped that he would have left tonight, “I find him really mean, now Lewis is gone he may go quiet, like he did when his girlfriend came in and told him what for.”

· Renee and Ricky are in the kitchen talking about Samantha. They both agree she is driving them “crazy.” Ricky says that Bear saw the competitiveness in her and thought ‘OK, I’ve got my next victim.”
· Some of the Housemates are enjoying a late night meal. Bear and Marnie are in the Garden, she says she feels so “angry” that Lewis is gone. She climbs over the sofa and mounts the plant which then falls down. Big Brother calls Marnie to the Diary Room.

· Marnie repeats to Big Brother how upset feels, “I’m left with a bunch of people who shouldn’t be here… I hate them all, Lewis is gone, and you’re eating pasta!”