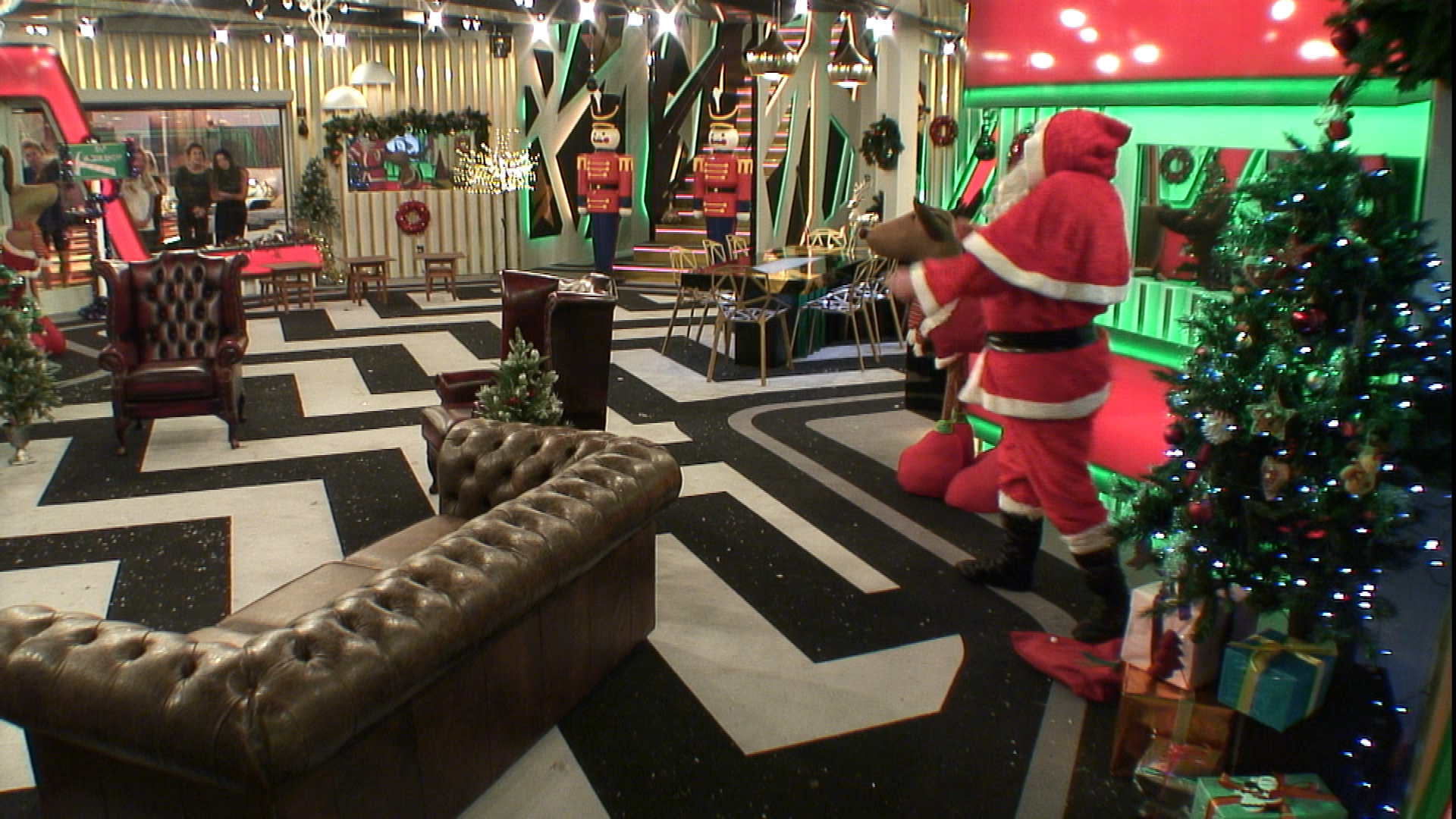 Christmas has come early to the Big Brother House!

Bear is in the Diary Room talking to Big Brother about his Christmas routine. He says that he buys presents for everyone, “for about two pounds each.” Renee also visits the Diary Room. Big Brother asks what was the best Christmas present she ever received. “When my father came home from jail,” she smiles. She says her worst present was finding out “my husband, now ex-husband was having an affair, and that the girl was pregnant.”

For today’s task Big Brother has split the Housemates into two teams; Katie is the leader of Team Reindeer and will pull Santa’s sleigh with Samantha, Ricky and Bear. Frankie will lead Team Elf and will work in Santa’s workshop with Aubrey, Marnie and Renee. Each team must race to their station whenever their theme tune is played, then perform a dance until they hear a ‘Ho Ho Ho’ from Santa.

Team Elf are practicing their routine in the ‘Work Shop.’ Bear is watching while making loud noises to distract them. The rest of Team Reindeer are in the Garden, Ricky tells them, “He’s getting in their heads…weapon of mass destruction.”

Housemates are gathered in the Garden to take part in the next part of today’s Christmas Task. Members of each team must ride a large, bucking Christmas pudding; the team who stay on for the longest time overall will win this part of the task.

For the next part of the Christmas Task, Housemates take part in a ‘Not So Boring Board Game,’ which has been set up in the Living Area. Members of Team Reindeer and Team Elf must each roll a large dice; if it lands on a red square, they will receive a Festive Challenge, if it lands on a green square, they will have to identify which Housemate is being talked about in a Tweet.

As the festivities come to a close, Big Brother announces that each team has a present to open, nice for the winner, and booby prize for the losing team. Team Elf and Team Reindeer are stunned when the nomination related prizes are revealed via big boxes in the Garden.

Day 25: Renee gets frustrated at Bear’s behaviour during task