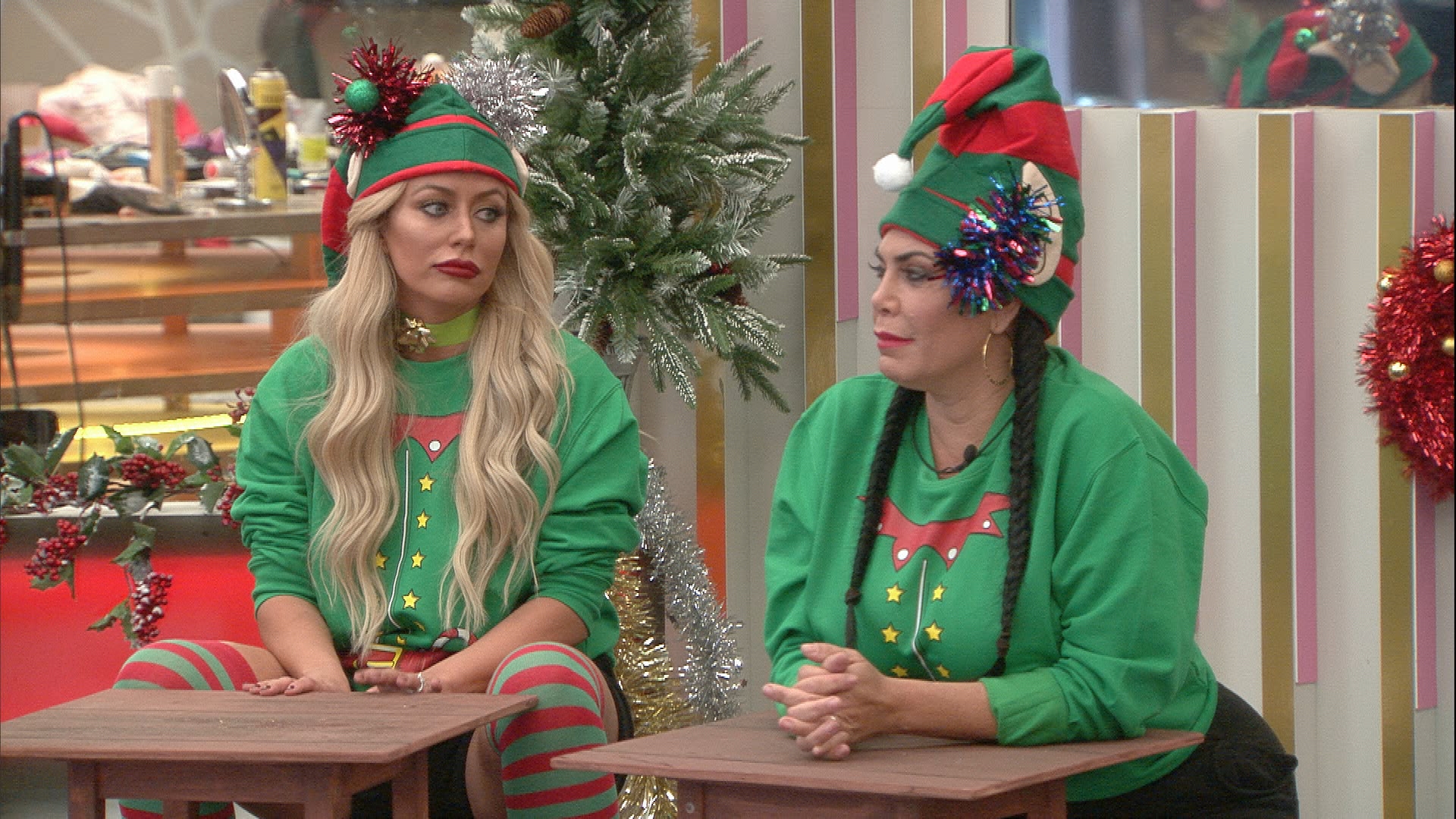 Day 25: Renee gets frustrated at Bear’s behaviour during task

Renee isn’t happy with Bear and gets frustrated with his behaviour during the task.

During tonight’s show, Bear joins his fellow Reindeer in the Garden and asks if it would be “cheating” if he were to “grab one of the Elves as they run to their stool.”

Elves Marnie and Frankie are in the Garden when their music starts to play. They run toward the House and Bear grabs Marnie playfully. They fall to the floor and Frankie grabs Bear and pins him.

Renee is angry with Bear’s conduct and calls him a “f**king a******.” Bear and Frankie hug it out but Renee says she is done with forgiving and forgetting so quickly. Marnie tells Housemate that she wasn’t bothered by what Bear did, “I don’t really take it personally?

Ricky and Renee are talking about Frankie. She says that she has exhausted herself defending Frankie and yet, he only gives Bear “a three minute time out.” She adds: “I don’t want anything to upset my immediate circle, that circle just got smaller.”

Meanwhile, Katie has decided to talk about Frankie. Near the end of the highlights show, in the Diary Room, she tells Big Brother that Frankie has been acting “really weird, distant, standoffish,” around her. Katie says that she is “turned off” by how hard Frankie is playing the game, “he has a solid game plan… he’s being two-faced about it.”

Aubrey and Frankie are in the Bathroom talking about Katie. Aubrey thinks Katie has been acting “weird.” Frankie tells her that he believes Katie is “scared” of being nominated “so she’s working.” He adds, “I don’t think she wants to be judged again.”

Day 26: Katie asks to leave the House after getting upset