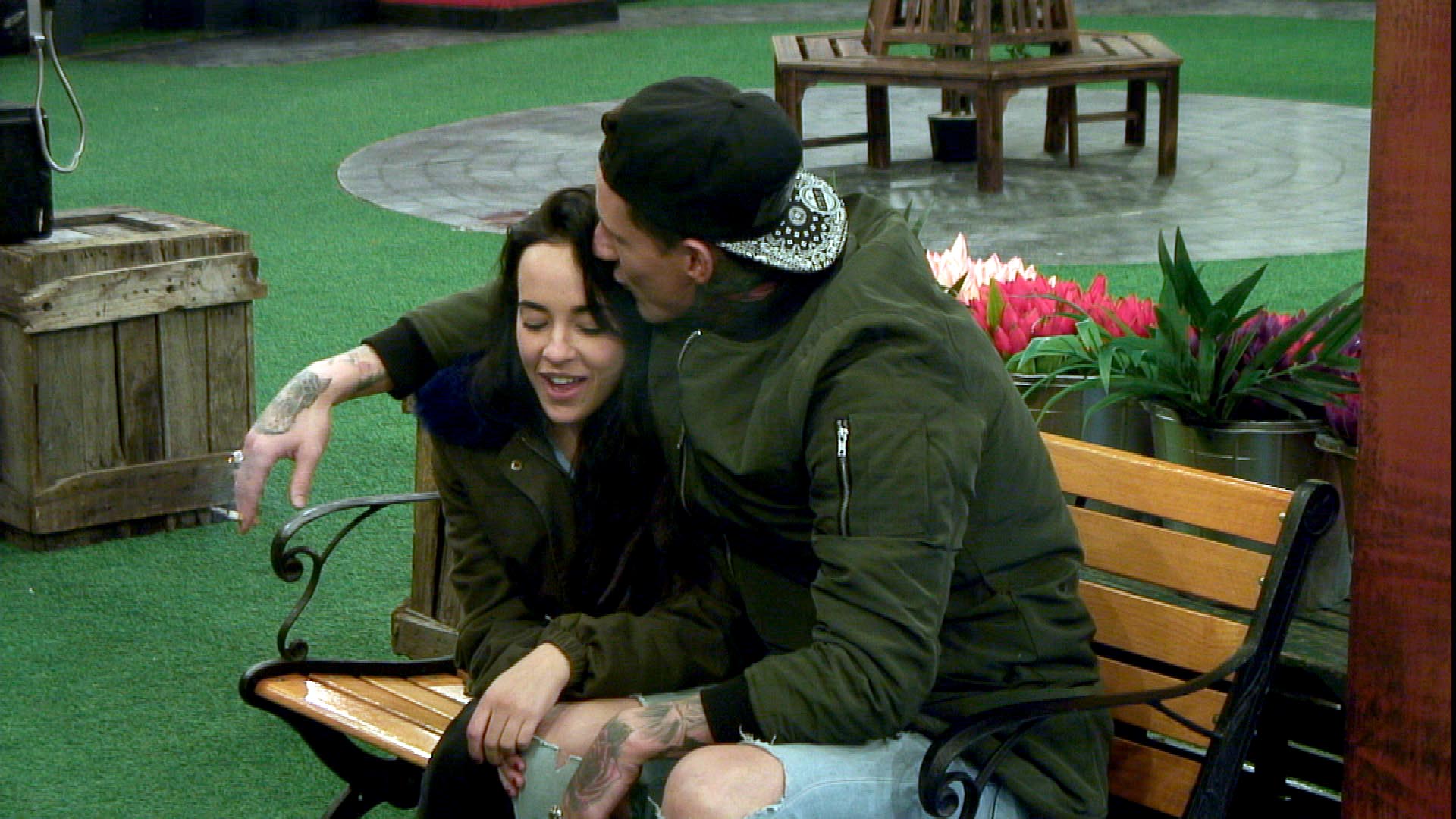 Stephanie has returned to the House following the argument last night.

After losing her temper last night, Big Brother has called Stephanie to the Diary Room to remind her of the rules of acceptable behaviour in the house. Stephanie apologies, “I’m very sorry Big Brother, it won’t happen again. I was out of order.” Big Brother asks Stephanie if she’s feeling calm enough to return to the house, to which she replies “Yeah, I’m just not going to speak to Danniella Westbrook because she’s an absolute carrot.”

In the Diary Room, Big Brother asks Danniella if she has spoken to Stephanie today. Danniella says, “no, I’ve spoke to her in passing about the task, but I’ve not spoken to her. I’m upset about the situation with Steph. I’m gutted, but I’m alright with it because I know what it’s like to feel under attack and vulnerable so I don’t hate her or anything. I don’t feel any dislike towards her; I love her to bits still.”

Stephanie and Jeremy are in the garden smoking and Darren tells John that he “thinks it’s out of order.” Darren reminds them of Gillian’s rules in order to win more talk time, but they don’t seem bothered. Jeremy says “we’ve got loads of time.” Scotty T goes into the garden and tells them “it’s a bit selfish like.”

Stephanie is in the Diary Room and confides to Big Brother that she’s worried nobody wants to give her a phone call because she’s not “done them proud.” She then goes on to say “I’m scared, because I don’t know what to expect and I don’t know if what I’ve done is right or wrong. In the end I’ve just had to follow my heart.”

Stephanie and Jeremy are keeping some of the other housemates awake. Gemma and Danniella go into the kitchen. Danniella says “all I can hear is them getting it on, I’m so embarrassed. I don’t want to take my fingers out of me ears. I couldn’t do it could you on the telly? Don’t take her foot off the gas does she, it’s one thing after another. It’s just a level of disrespect for everyone in that room.” Gemma replies, “I cannot believe it.”