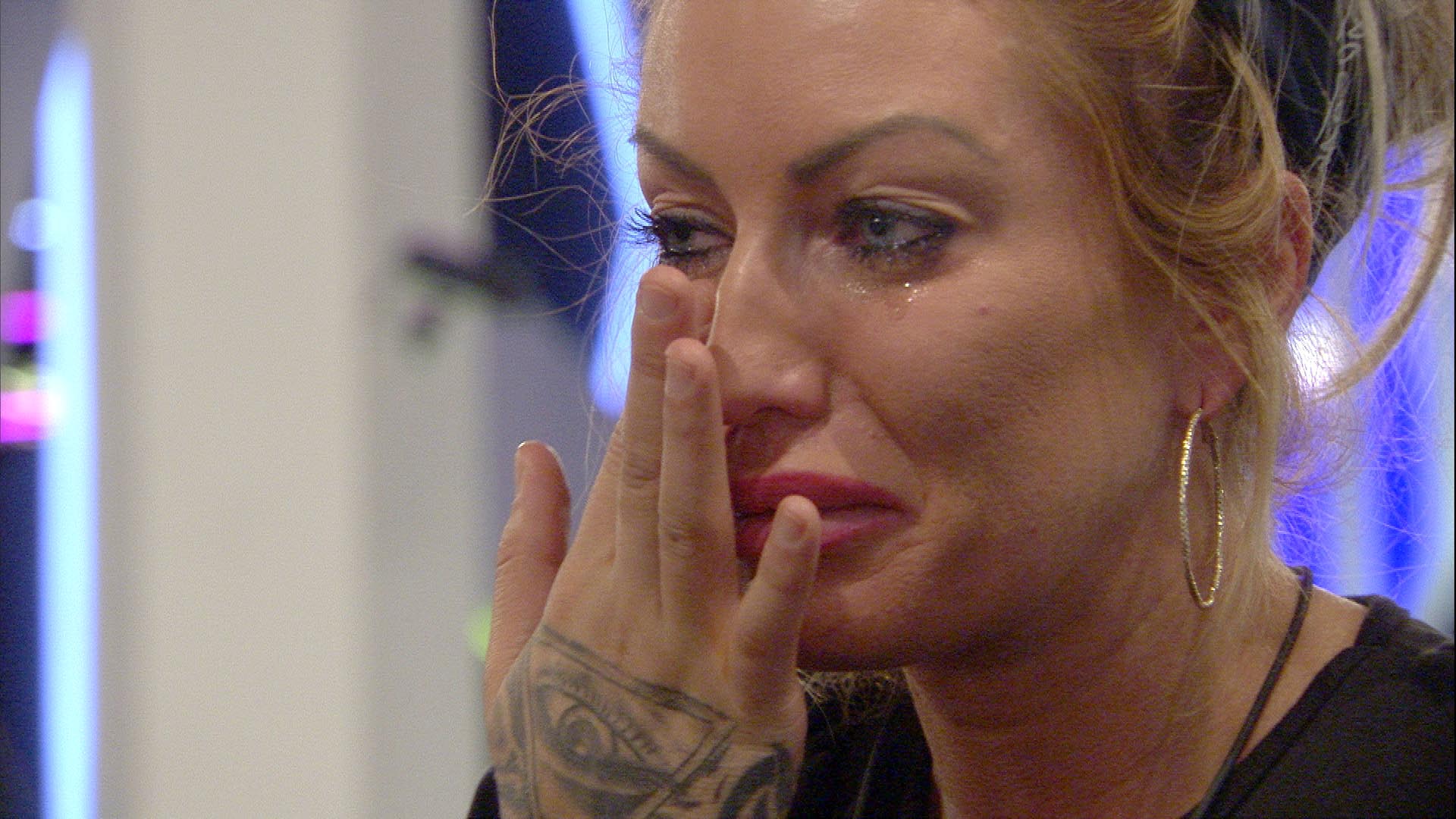 On tonight’s show: Join Emma Willis live as Andy, Evelyn, Georgina or Jayne become the third Housemate to be evicted.  Charlie and Jason fall out and Georgina and Jackson deal with what could be their last night together in the Big Brother House.

Charlie and Jason fall out…

Talking to Big Brother in the Diary Room, Charlie says: “I’m pissed off…I didn’t want certain things to be mentioned in here between Jason and I.  He has no intention of us getting back together.  All he wants to do is eliminate me”

Jason is talking to Andy in the garden about Charlie: Jason: “I’ve lost a friend which is the hardest thing and I’ve also been stabbed in the back which is even harder”

Charlie is talking about Jason in The Pod with the Housemates: Charlie: “I really don’t just want to be seen as dog beater…I just can’t stand it…he does treat it like a kid”

Jackson: “Is he [Jason] yearning for a kid?” Jayne: “He’s told me he’s got a twenty year old daughter”

Charlie: “I was his girlfriend who he apparently loved and he wanted to move in with me, he didn’t tell me until two months before he split up with me…I’m so done with Jason right now…he lied to me”

Andy speaks to Jason about Charlie talking about his daughter and his dog in The Pod.  Jason gets angry and speaks to Big Brother in the Diary Room.

Jason comes out of the Diary Room and goes to cool down in the garden: Jason: “She thinks that by turning everyone against me that she can have me for herself…this isn’t event close to it though, you haven’t seen her go yet”

Charlie talks to Jayne about Jason in the bedroom: Charlie: “I’m not going to lie when someone’s asking me a question.  If he’s got a daughter and he didn’t tell me, I have the right to tell people what he’s told me…whenever I sort this out in my eyes it’s done…I’ll be honest, I’ll say in here we’re gonna get on, on the outside I don’t want anything to do with you anymore…I’ve been hurt too much”

Jackson and Georgina are in the bedroom and he’s a little drunk after the Housemates have been drinking:

Georgina: “It’s my final night and the last thing I want is some gangster talking to me…I’m not talking to Bob Marley right now, you’re literally talking like Bob Marley”

Jackson: “From now on I’ll continue to speak like this and impress your family and friends cause you know I could just go off having fun with Evelyn like everyone wants me to do”

Georgina speaks to Big Brother in the Diary Room:

Georgina: “It could be my last night and he wants to go an neck fish bowls…don’t come back into the room and say babe I could be out there having fun with Evelyn…I won’t be taking comments like that.  I’m insecure as it is with guys…it just really hurts my feelings”

Jackson meets Georgina when she leaves the Diary Room:

Georgina: “That crossed a line.  It is not something to joke about.  You would hate that…”

Jackson: “I speak the way I speak sometimes cause that’s me.  I want you to love me for who I am…I don’t want to upset you…You’re my missus, it’s the last thing I want to do”

Jackson speaks to Big Brother in the Diary Room:

Georgina and Jackson are in the bathroom:

Georgina: “I’m overwhelmed…I have always wanted to be with somebody to talks to me how you do…Now I have it I don’t know what to think, how to say, how to react…”

Jackson: “I’ve had way too much to drink tonight”

Georgina: “I just really didn’t expect you to get drunk on what could be my last night”

Day 24: Charlie and Jason fight over a cheating claim