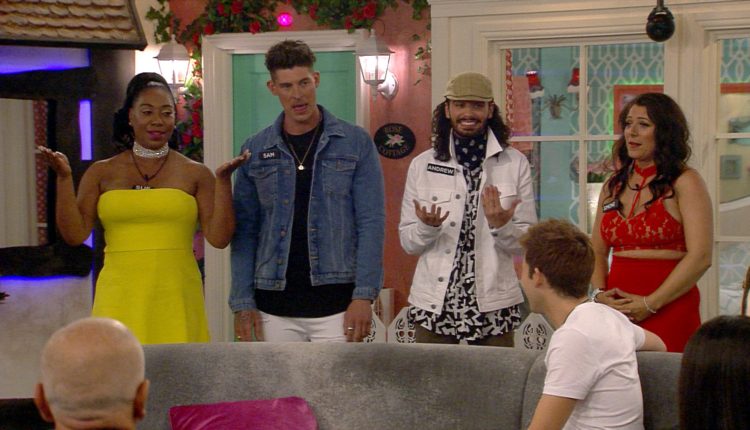 Hannah and Deborah question Sue over who she feels will make it to the final and she reveals that there is a lot of love for Ellie.

Sam admits to Joe and Kieran that he wants to ‘crack on with a bird’ and they discuss his options amongst the women in the house. Kieran warns him ‘If you’re going to pull Ellie, don’t f***k her about”.

Ellie talks in the Diary Room about how excited she is to have new housemates. Tom is encouraging Sam to drink more alcohol and tells him ‘You wanna keep up man, I’m from Wales mate, I will drink you under the table”. Tom later goes to the Diary Room with Hannah a little worse for wear and is prompted to drink water to sober him up.

Sue is talking to Isabelle, Hannah and Raph in Thorn Cottage and talks about feeling at home and wanting to sleep in Thorn Cottage. She say’s “this room is real” and “this is the intelligent room, I like what goes on in here, this is a good room”.

Raph admits to Hannah in Thorn Cottage that he’s feeling overwhelmed by the arrival of the new housemates.

Day 26: Chanelle is wary of the second chance Housemates