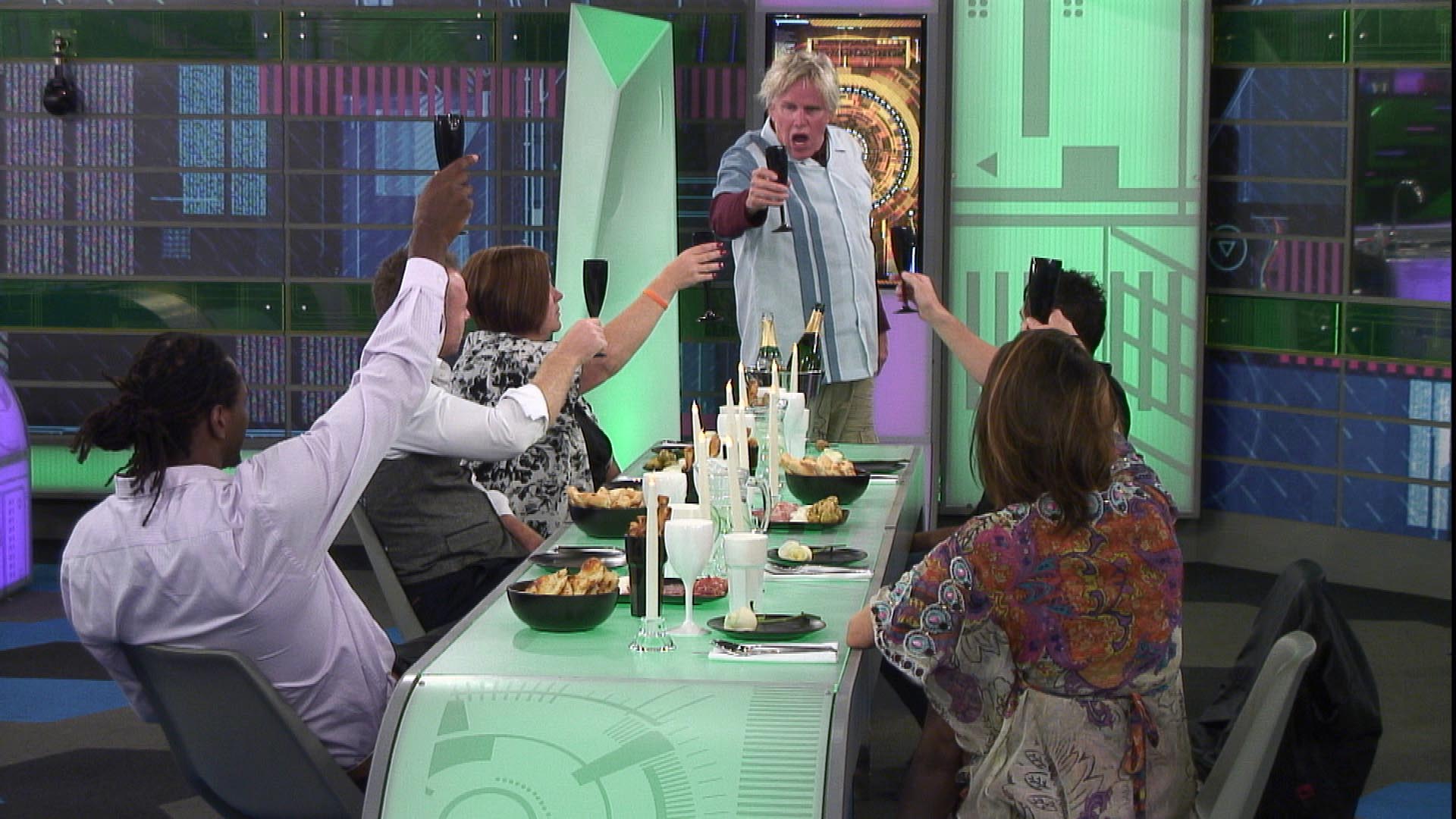 Housemates have taken time out, to toast each other and remember their time inside the Celebrity Big Brother House

Audley is first to stand and he tells James “We’ve battled a lot, as you know. At the end of it, I’ve come to respect you. Still trying to understand you but I definitely think you’ve got a good heart in there. A lot of what you do it tongue in cheek and you’re an OK guy”

o Dee is second to speak and says to Gary, “Big man, Mr Busey… I’d only ever seen you on the big screen, while watching my movies. Very star struck when I came in. It’s a pleasure to sit and talk to you and listen to you and learn from you. You’re an absolute font of all knowledge…”

o George is the next Housemate to speak and he tells his “cuddle bunny” Edele that “I’m definitely going to be coming over to Dublin to see your little babies and it’s just been lovely. I think you’re beautiful. Words can’t describe what I feel about you.” Edele turns to Dee and says, “On my worst day in this House, you were naturally there for everybody and that exudes from you, so I came straight to you.” Finally, Edele turns her attentions to George and says “You came into this House and wear your heart on your sleeve. You’re exactly the guy who came in from day one to you are now…thank you Stephanie for moving out!”

o James turns to Audley and says “I feel like a fighter. I feel inspired to be around you. You are a strong character. I wouldn’t have wanted to have been in this House without you being here because you’ve pushed me and I believe I’ve grown as a person because you’ve been in this House. I think you’re an inspiration to many people in the outside world and I truly wish you all the best when you go out, with what you’re doing and your family.”

o Gary is the last Housemate to speak and says, “I’m the American who came over across the pond without any knowledge of the beauty and the power of British people and Great Britain. I know now why they have the word Great in front of Britain.”