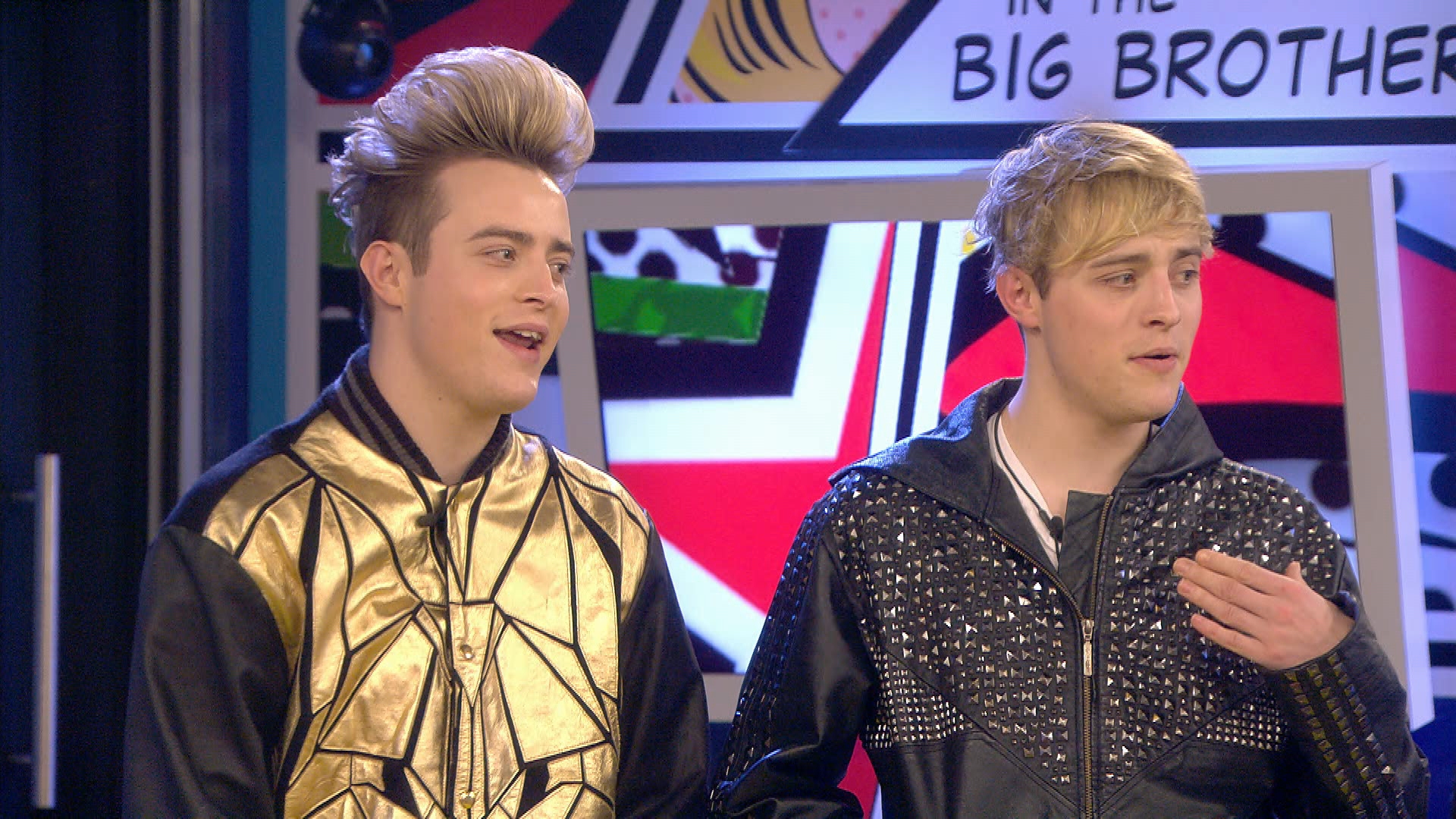 The Housemates aren’t the biggest fans of Jedward…

In the bedroom, Jedward walks in on Nicola changing in the toilet. They start to argue. Calum speaks up; “All you do boys, next time is apologise for walking in. It’s a simple one, it can be resolved.”

At the kitchen table, Nicola is still unhappy about Jedward walking in on her whilst she was changing in the toilet; “I was standing there with no trousers on! They just walk in! I have sh*t like that! Disrespect! They have the right to walk in on me as I’ve been a Page 3 girl? They’re horrible.”

Jedward are talking about Nicola in the diary room; “She has it in for us! Always nominating us!”. In the kitchen, John and Nicola start to argue; “Don’t talk to me dumb blonde! That’s a sly remark!” Nicola replies; “Why are you approaching me like that? You do not intimidate me!” John adds; “You’re a drama queen! Mean girl! Trouble maker!” Calum adds; “Everyone wants respect for each other.” John comments; “I get it you’re trying to save the day like a hero!” Calum shouts; “I’m not saving the day I’m a gentleman!”

Calum and John continue to argue. I’m trying to be a good man! I’m a good man too. Calum shouts; “Grow up! F**k you yeah! I was your buddy and now I’m not. Be respectful.”

In the smoking area, Calum is talking about Jedward; “I’m a cool calm collected person, they are riling me.”

Jedward are talking about Nicola in the diary room; “This woman is a walking fake realty star who wants drama…we are not big headed, I haven’t changed my bed sheets in six months! She is literally the worse housemate to live with. It is what it is.” They continue; “Then we have Calum Best who is trying to make out he’s a gentleman who is covered in tattoos…now that Spencer and Heidi have gone, it is on.”

Much to Nicola’s surprise, John is asleep in Speidi’s bed

Calum is talking about Jedward in diary room; “We know Jedward have a core fan base…they are getting so arrogant. F**king rude! I want to like John and Edward but they have no respect…horrible housemates. I don’t really like either of them; they are 25 year old men that don’t have an ounce of men in them!”