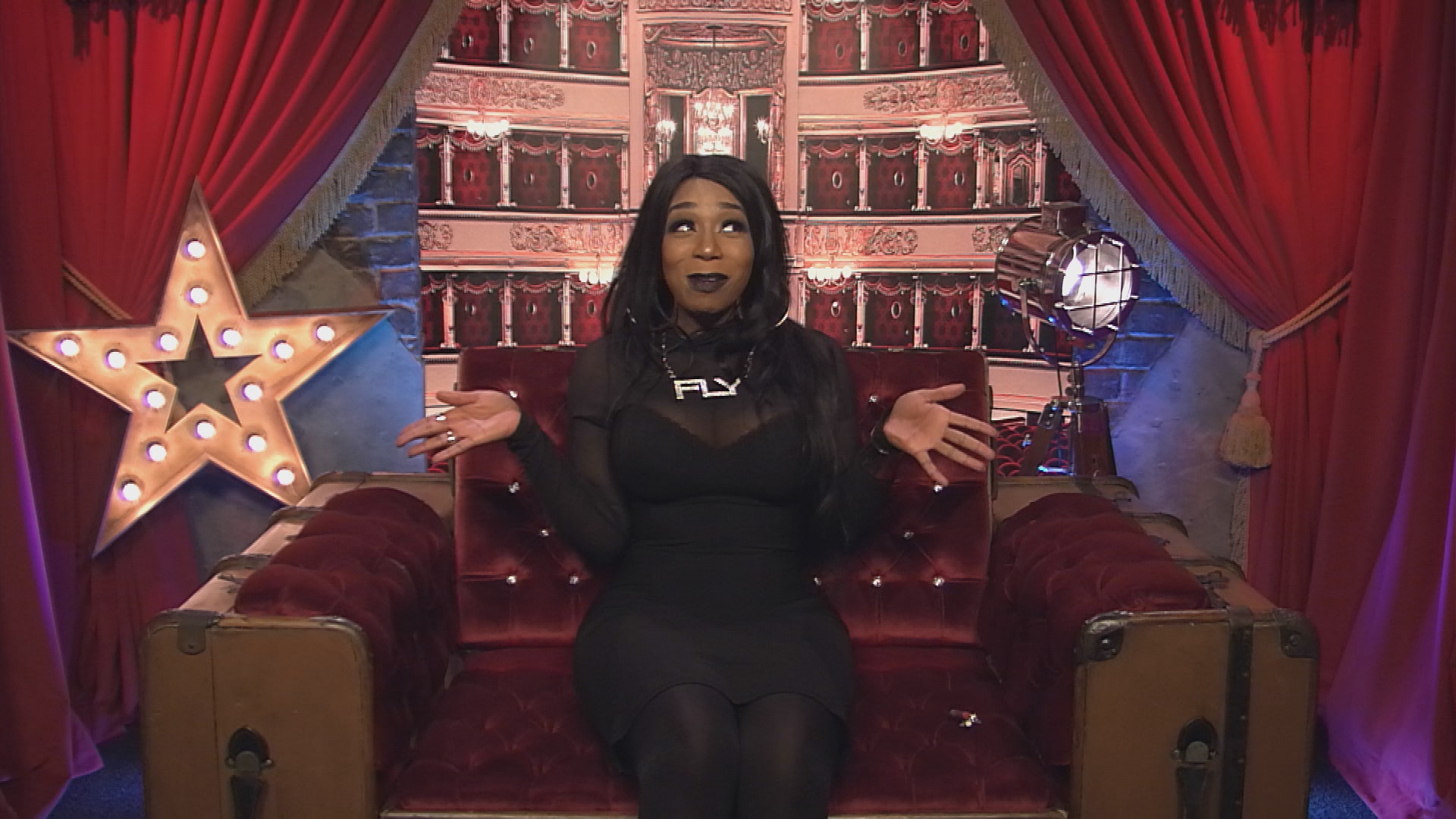 Tiffany has been told by John that she could win the entire show.

On tonight’s show, it’s eviction time. Tiffany is told that she’s been saved by the British public. John says, “you can win this” and Darren adds “you blasted the two Brits out of the water.”

Gemma congratulates Tiffany on surviving the eviction. Tiffany says, “thank you Gemma and thank you for having my back in this house. Couldn’t do it without you.”

Tiffany is in the Diary Room. She tells Big Brother, “I couldn’t believe my ears when Emma said I was the one that got the most votes. When I heard it I was just so happy and excited, yet very humbled and honoured. But unfortunately Jeremy did have to go home tonight and it was a shocker.

I did want Stephanie to go home tonight over Jeremy and the reason for that is Stephanie was the one having her cake and eating it too. But Jeremy was totally single and up for grabs and I was wishing that he woulda stayed on because he was a great kisser and I wanted to flirt with him more.”