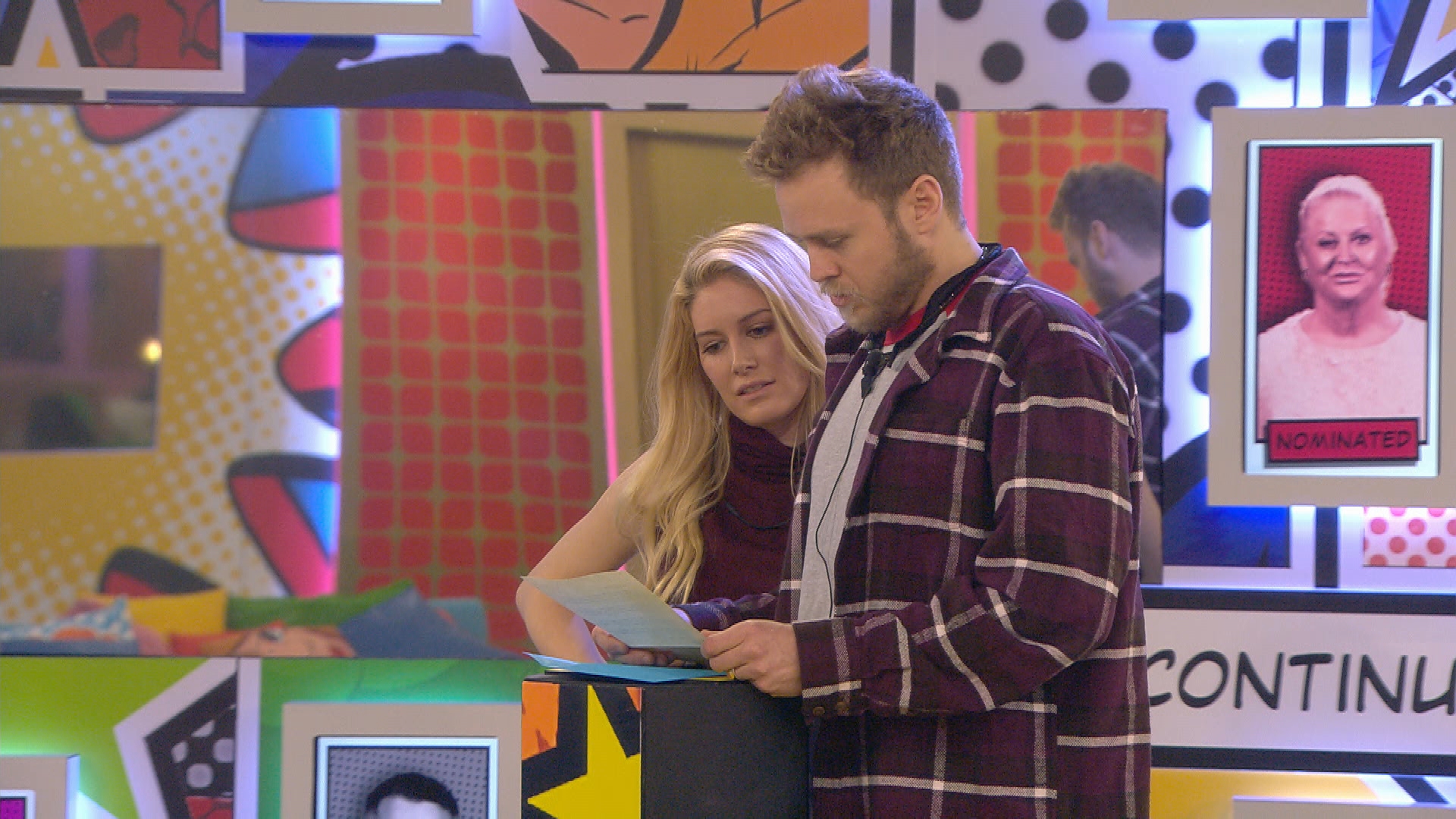 Housemates have been given the opportunity to get their letters from home.For the task, housemates are gathered at the sofas. Big Brother asks them to choose the most weakest housemate, Speidi puts themselves forward.

In the living area, as Heidi and Spencer received their letter from home, they must now choose one housemates’ letter to destroy, they choose to destroy Kim’s; “She is a filthy, vile ratbag!”

Kim joins Speidi in the living area where they cut up her letter.

Kim is now asked to choose a housemate to receive their letter, she picks Jessica as she has children and reads Jessica’s letter from her sister.

As she received a letter, Jessica must now decide which housemates’ letter to destroy. She chooses Calum as his mum was in the house and he doesn’t have any children

With his letter destroyed, Calum chooses Nicola to receive her letter from home which is from her sister.

As Nicola received her letter, she chooses Jedward not to receive their letter from home; “I’m truthfully not picking it in a mean way, they cope the best.” They comment; “We get 400 meters length of fan mail!”

Jedward decide to give Coleen her letter from home; “She’s a ledge!” They read Coleen’s letter out aloud from her son Shane Jnr. The letter states; “How proud of you we are! To show how much I’m supporting you, I will officially change my name to Shane Nolan! It’s me and you kid, that’s your birthday present covered for this year!”

James C now has to decide between Bianca and Jamie. He chooses Jamie to receive his letter; “I think Jamie would really appreciate to hear from his boys.” James C reads out a letter from Jamie’s dad. Bianca is fine with the decision.