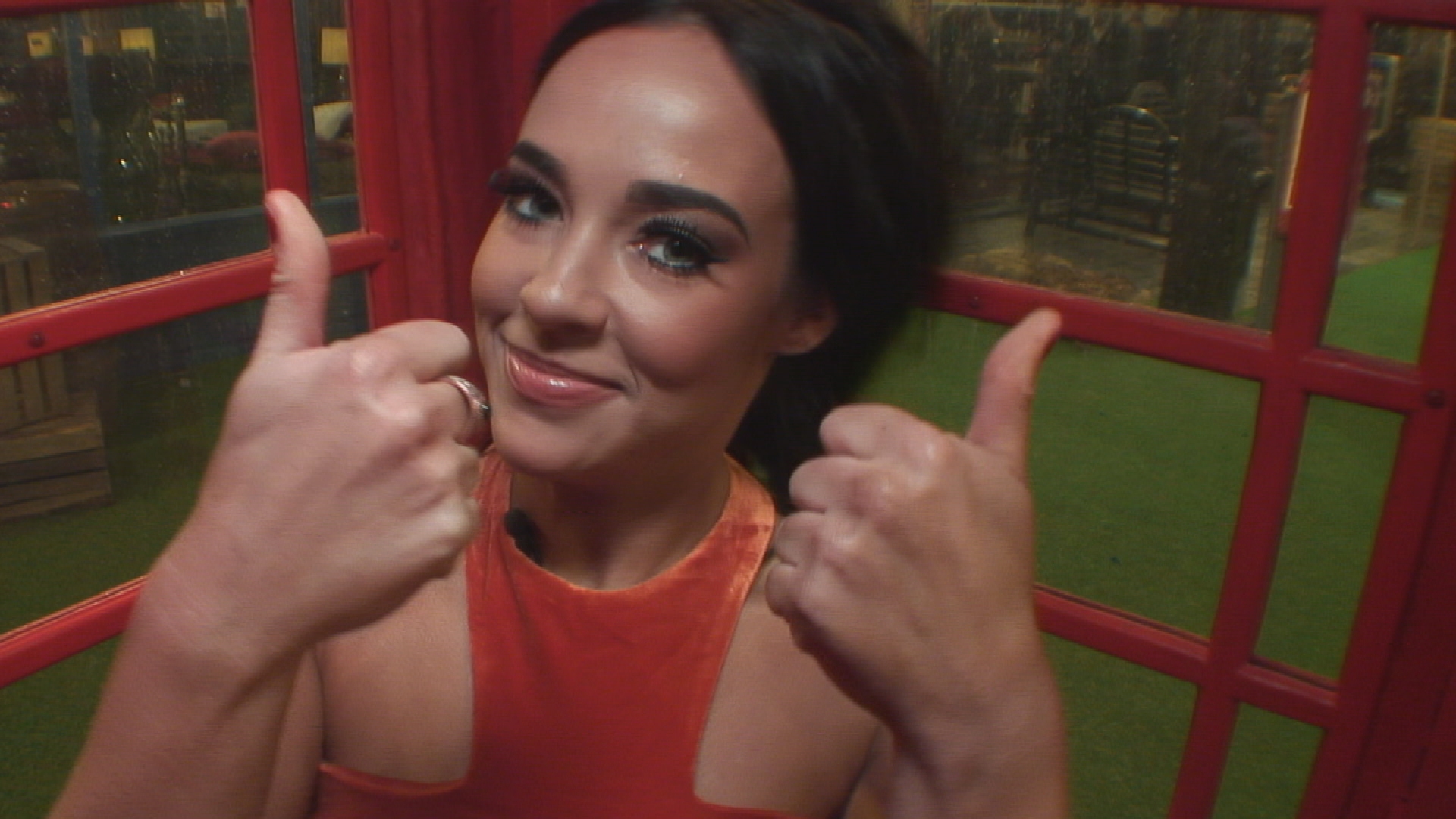 Stephanie has reacted to Jeremy’s eviction from the House.

Jeremy and Stephanie are instructed to go to phone boxes in the garden for the eviction announcement. Stephanie says goodbye to all of the housemates apart from Danniella.

Jeremy’s phone rings and Emma Willis delivers the news that he’s the sixth housemate to be evicted from the house. Stephanie cries and tells him, “I don’t want to be without you.”

Observing from the kitchen, Danniella says “I’ve got a week of hell. I couldn’t give two f*cks. She deserves it; she treated me like a mug. She deserves every boo she gets, and more. I’m done with it.”

The housemates say an emotional goodbye to Jeremy. Tiffany tells him “it’s been a pleasure.”

Jeremy gives Stephanie his locket as he leaves the house. She tells him she loves him and he replies “stay strong, enjoy it.”

Stephanie is crying about Jeremy’s departure. Scotty T tries to comfort her and says “it’s only six days.” Stephanie tells him, “I proper love him you know. I’ve proper fallen for him.”

Darren is talking to Stephanie about Jeremy putting the locket around her neck, he says “that’s such a statement.”

Danniella tries to apologise to Stephanie about the comments she made regarding her never working again. Stephanie says she doesn’t want to talk about it and walks away. Danniella says to Darren, “I tried; I told you she’d mug me off again. It’s all a big show.”