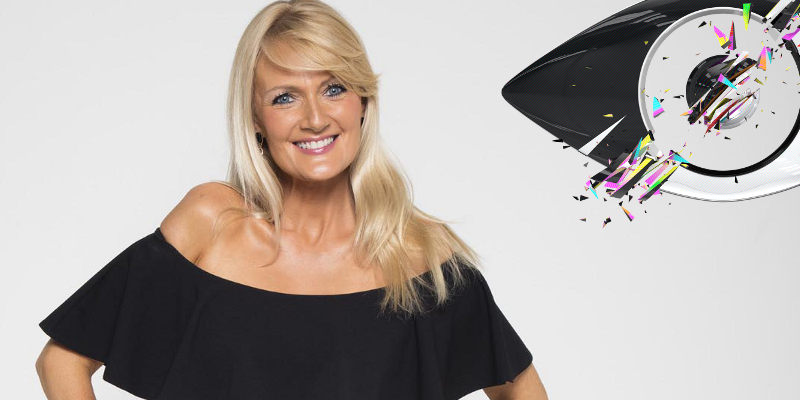 She’s been out of the House for a month now, find out what Jayne thought about this series!

Throughout her 50 days in the House, Jayne kept us all entertained with her rants, fun energy, cleaning and of course her pool accident! We took time and caught up with her after a month away from the Big Brother House.

1. Launch night is one of the most nerve wracking moments of Big Brother, but you didn’t enter the normal way as you were one of The Others this year! What went through your mind when you took off your mask in the other garden and discovered you were one of “The Others?”

It was so exciting. At the hotel before we left for the House we were told to change into a uniform. I was so happy to be part of this iconic show , to me it didn’t matter. When I took my mask off I then realised I wasn’t part of THE HOUSE lineup but something very unique.

2. What did it feel like living in secret from the Housemates in the Main House?

We knew we were kept a secret but living as one  of the others was very exciting and nerve wracking at the same time.  What people don’t realise is we were on rations a couple of times and food was very basic. Rice and beans with no sugar intake.

3. We have to say, you provided some of the most memorable moments of the series in the Diary Room! Now that you’ve had time to reflect, which Diary Room “rant” do you find the most entertaining? We LOVED your tea and jam argument with Big Brother.

Emotions got high when housemates started to feel unwell. But Big Brother knew Housemates could survive on this. We just weren’t use to it. So yes, I had somewhat of a rant! My favouite Diary room moment was Are you on drugs. I laugh at that!

4. You also escaped the House after the living room flooded! Why did you decide to try and leave? We would have been gutted to see you go!

I missed my mum terribly. I part care for her and even though she’s looked after at home by a live in carer, I missed her. But the longer I stayed, the longer I wanted to.

5. Big Brother is full of tasks – whether they’re good or bad. Which task did you enjoy taking part in the most while in there?

I loved the courtroom task. I’ve looked at that back and Jackson and Hughie is HYSTERICAL. He’s Funny without even trying.

6. We have to mention… the bridge building task! What happened? We all had a moment of panic when we saw you fall into the pool!

Haha oh my God. The sponge gate! Hysterical, but I was just stunned. I can’t swim and my strap to my helmet pressed against the side of my neck with the whack!  I saw me floating! Hardly going to drowned in a pool!! A wet sponge is heavy, but when I got helped out I felt nauseous and panicked getting out. I was fine but medics were worried and wanted me checked over. I think the sponge they put on a face on in the house on my return was genius! I really wanted to bring that home and don’t know what happened to it!

7. Now, Big Brother is known for being full of messy Housemates and we saw that you didn’t like the mess one bit! What was it like living with mess and in such a small space around the clock?

The house was very messy and why wouldn’t it be with so many people under the roof, but everyone pitched in eventually. I’m particularly fussy because I have my mum at home and everything has to be spotless so I guess I couldn’t switch off!!

8. Which Housemate do you think you formed the closest bond too while in the House?

Hughie. I adore that guy. Kind, Spirited and so true to himself and super intelligent!

9. Out of your time in the House, can you give us your favourite moment?

My most favourite moment is without doubt Hughie shouting Jaynes Escaped! Comedy gold!

10. If you could go back into the House and do your time again, is there anything you’d do differently?

No. Everything had to happen the way it did. I’m so proud of the support I’m getting. My Twitter supporters are the best!

11. Finally – Celebrity Big Brother is almost over! Who do you think deserves to win this series and why?

People say Bear is a bully. I know first hand the definition of the word bully. He is not one, he’s a master at winding people up and he’s an entertainer. I honestly would not have watched if it wasn’t for him. He’s showed his flaws his faults and when things got tough he didn’t complain or sulk.
I just hope he wins because he’s given more than any other housemate in there and for that alone he’s the deserving winner!
A big thank you to Jayne for taking time out to talk to us!
*Jayne is a Dementia Awareness campaigner – something she is very proud to be and something that was mentioned during her time in the House. To become a Dementia Friend visit www.dementiafriends.org.uk and sign up or join Jayne’s Facebook page here.
Share