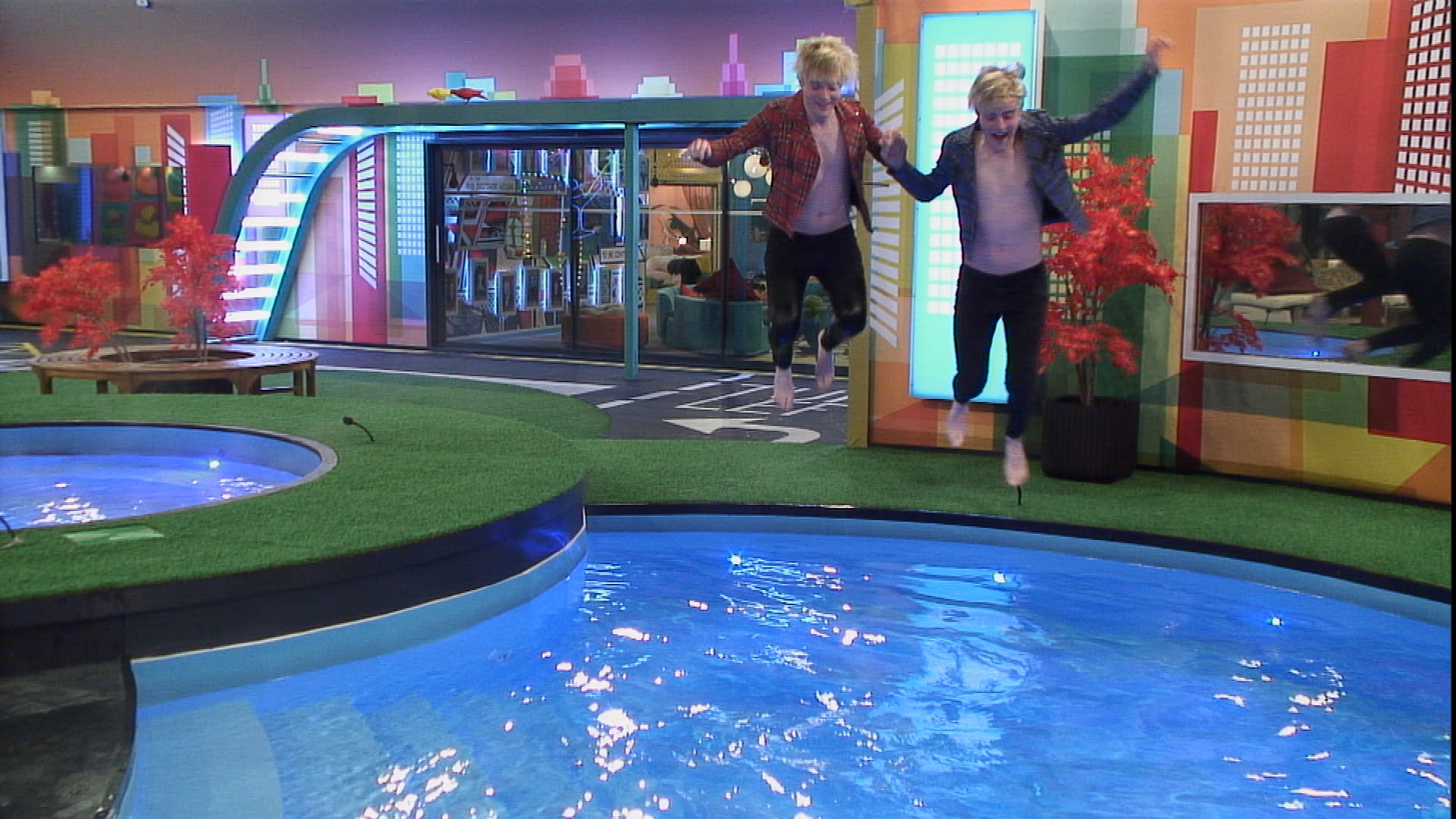 Housemates have been riled up by the court task.

Coleen and James C reflect on last night’s argument. Coleen says that she is “irritated” by the boys Jedward but also “feels sorry” for them. Jedward discuss their fellow Housemates and describe them as “users” who are “full of lies.”

Nicola is in the Diary Room talking about Jedward. Last night John slept in Speidi’s bed, Nicola likens it to when a dog “p***es” on a lamppost then another dog doing the same. Calum is in the Diary Room talking about his argument last night with Jedward. He says that despite trying to get the boys to “listen” he lost his cool but just doesn’t want to be “rude” to Jedward.

Coleen, James C and Nicola are talking about Calum receiving his first nomination. Coleen thinks that Calum was “hurt’ by being up, and may have wanted to go through the process without being nominated.

Coleen adds: “He’s been the mediator, but I think he should stop sitting on the fence.” Jedward are talking to Big Brother. Despite the fall out of “World War three” yesterday, “The spirit of Jedward is still alive.” They brand Nicola the “Blair Witch” of the house without a cauldron but “the Housemates are her recipe.”

Bianca and Jamie are in the garden. She says she is worried about him. Jamie refers to a task witness mentioning Bianca’s boyfriend. Jamie says that he doesn’t need the extra “bulls**t” as he has enough “s**t to deal with with Danielle.”

Bianca suggests that they could “call it off for a bit,” if it’s too much for Jamie. Jamie adds: “What they were saying is, you’ve got a boyfriend, and you’re still carrying on.”

Kim and Jedward are in the bedroom reflecting on the task where Kim’s temper was mentioned. “If someone picks on me, I fly, so they should pick on should they.” Jedward agree and say they enjoyed the task. “It was nice to be in that position and say what you wanted to say.” Kim tells them she was “proud” of them for telling “the absolute truth.”

Bianca is in the Diary Room talking about Jamie and how Calum’s opinion has affected her. She says she has “completely fallen,” for Jamie: “We care for each other, we just connect.” She says that Calum has now “tainted” things.

Jamie, Calum, Bianca and Coleen are having an impromptu water fight in the kitchen. Kim is in the Diary Room talking about Nicola. She claims that Nicola is always “slap bang” in the middle of arguments. “If what happened makes her better for the next six days then great.”

Coleen has been soaked by Jamie and chases him into the garden, “I’m wet now for the first time in this house cos there’s nothing to look at,” she laughs.

Bianca and Jamie are lying in bed. Jamie says: “Love is a strong word but I love everything about you, I could definitely fall in love with you, one million percent.” Bianca asks: “How do you know,” “Cos you’re everything I want in a girl,” replies Jamie.