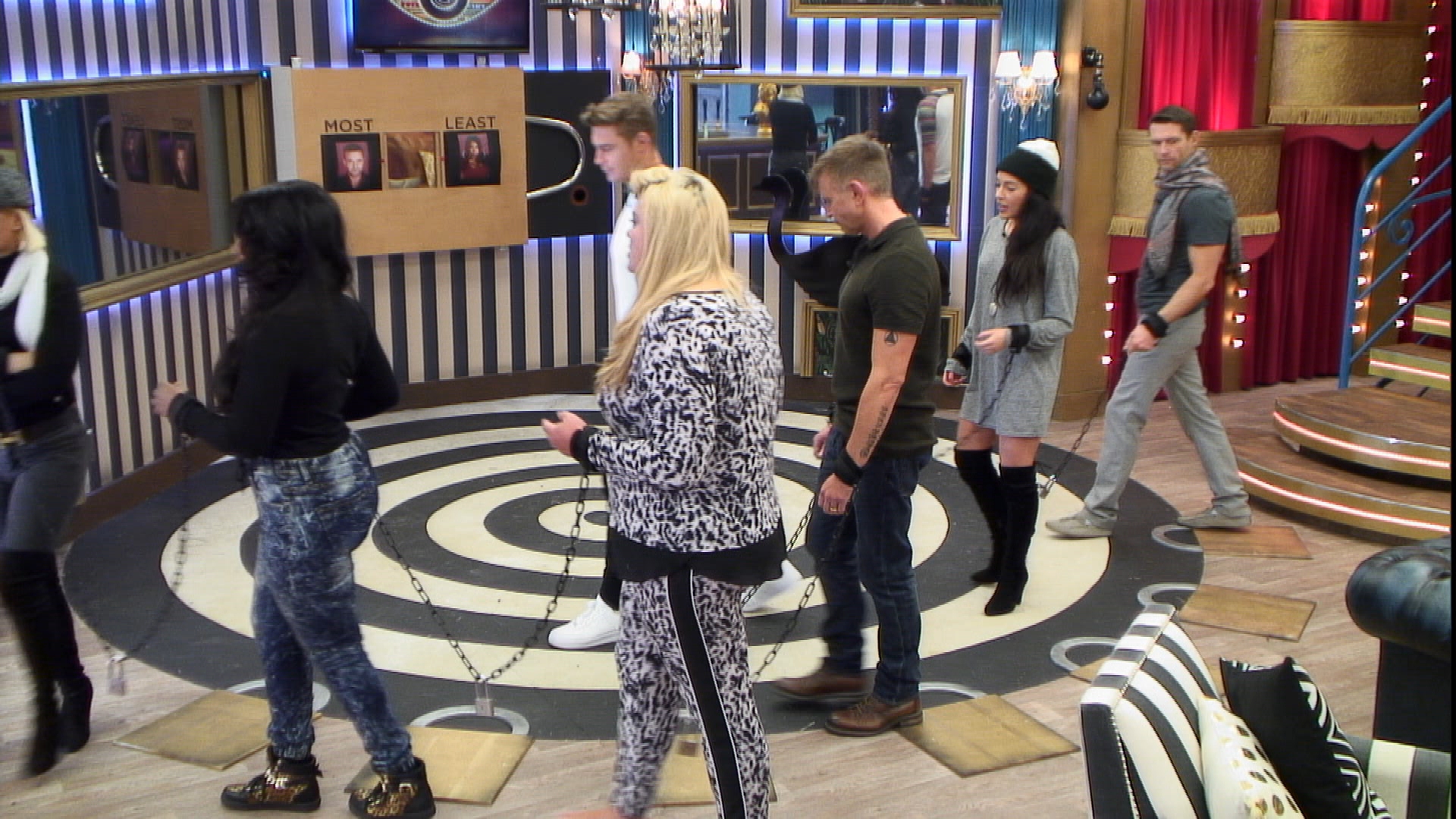 Day 27: Housemates are chained together in latest task

Housemates are chained together during the latest task. Find out what happened..

For today’s task, housemates are bound together with locks and chains until further notice. To escape the chains, housemates must correctly guess who received the most and least votes in a series of public polls taken from over 39,000 people. If they choose the correct housemate, the combination will release a key. The more questions they get right, the more housemates they can release from the chain.

The first question is which housemate is the biggest follower. The housemates guess that Darren is the most and Gemma is the least. Big Brother informs them that they are incorrect; Danniella got the most votes and Tiffany the least.

The next question is which housemate is the worst team player. The housemates guess that Gemma is the most and Scotty T the least. They are correct and John is able to release himself from the chains.

Housemates also free Scotty T by answering that Tiffany is the most entertaining and Darren the least. By correctly guessing that John is the most intelligent and Stephanie the least, Darren is released. Stephanie jokes, “I’m gonna go to night school after this.”

Housemates are called to the combination lock for the final time. The housemates correctly guess that the public think that Gemma is the most of a game player and Darren is the least and therefore Gemma’s chains are removed.

Big Brother gathers the housemates on the sofas and informs them that the freed housemates have won a takeaway dinner. Tiffany and Danniella, who were unsuccessful in unlocking themselves, will remain chained together until further notice.