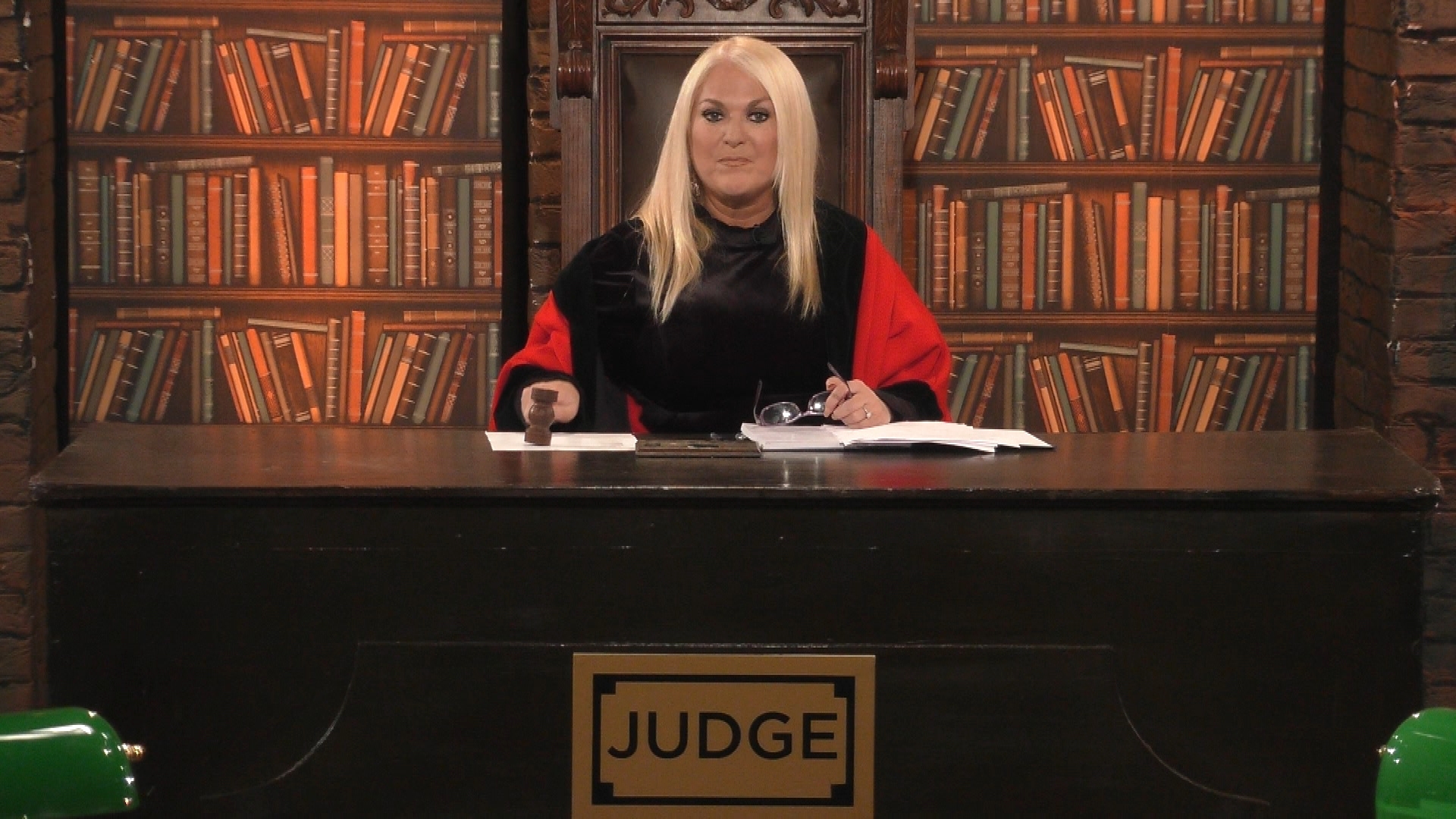 The Housemates stand trial during tonight’s show as Vanessa Feltz returns to pass judgement.
Housemates have been gathered in Big Brother’s courtroom for the first part of their Judgement Weekend task, ‘Holding Court.’

The Housemates stand before a court, accused of not living up to expectations in the House. Judge Vanessa Feltz presides, and four witnesses; John McCririck, Saira Khan, Austin and Luisa Zissman also give their accounts.

Each Housemate enters into the Dock and Judge Feltz reminds them of what they had told the public to expect from them before they entered the House. Following this, one witness is called to the stand to further question the Housemate in the dock.

Judge Feltz asked if Nicola was as “easy going” as she’d previously stated. Nicola’s witness Luisa said she was coming across as “nasty and unkind” particularly towards Jedward.
·
Saira was witness for James C and although she thought him to be “a very nice man,” at times he appeared “totally disengaged with the process.” “I may not have brought much but I’ve learnt a great deal,” James C replied.

After the task, some of the Housemates are talking about John McCririck who during the task remarked on Nicola’s swearing and said Coleen smoked and ate too much. “What a bell-end,” Jamie remarks. “He’s an absolute prick of the highest order,” Coleen adds.

Nicola is in the Diary Room and demands to leave following Jedward’s remarks about her during the task, “I’m done.”

James C has a quiet word with Jedward and suggests they make amends with Nicola, “She’s desperately missing her kids and it would be all credit to you if…” Jedward tell James C that they won’t apologise, “She’s always looking for the worst in us.”

Nicola tells Big Brother that Jedward “prod” at her all day which is why she is snappy with them later in the day: “They’re coming across as amazing, that’s great for them,” she quips.

Calum tries to clear the air with Bianca and Jamie. During the task, a clip was played of Calum telling some of their Housemates that he thought Bianca and Jamie were playing up the romance for the cameras.

Bianca tells him she wouldn’t have risked what she has “risked” for a “showmance.” Calum says that he mentioned “storyline” not showmance but knows they have genuine feelings for each other. Jamie tells Calum that he feels Calum has been “disrespectful.”